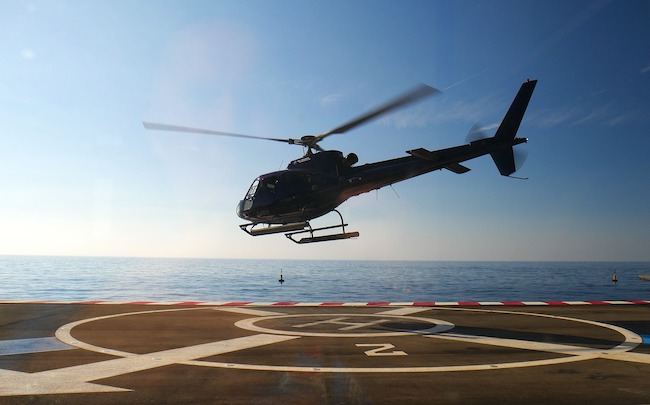 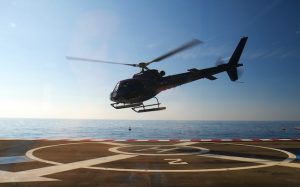 At the beginning of our Parashah, Yaakov has a dream: “Behold! A ladder was set earthward and its top reached heavenward; and behold! angels of Elokim were ascending and descending on it.” At the very end of our Parashah, twenty years later, Yaakov again encounters angels: “Yaakov said when he saw them, ‘This is a camp of Elokim!’ So he called the name of that place ‘Machanayim’ / ‘two camps’.” The fact that Yaakov referred to the angels as a “camp” indicates that he actually discerned their presence with his physical senses, observes R’ Yonoson David shlita (Rosh Yeshiva of Yeshiva Pachad Yitzchak in Yerushalayim). Thus, at the beginning of the Parashah, Yaakov only dreams of angels, while at the end of the Parashah, he actually meets them. This, writes R’ David, is a testament to how much a person can grow with twenty years of hard work.

R’ David continues: A similar pattern occurs in our own lives every year. We begin working on ourselves on Rosh Chodesh Elul, but primarily in our thoughts. As we progress through the High Holidays, culminating on Yom Kippur, our improvement takes on a more “real” character. Then, on Sukkot, we actually move in to a physical enclosure where we feel surrounded by G-d’s presence. Nevertheless, that enclosure is not quite touching us; instead, the S’chach may be nearly twenty Amot / 30-40 feet above our heads. But, the Gemara (Sukkah 53a) relates that during the Simchat Bet Ha’sho’eivah celebration in the Bet Hamikdash on Chol Ha’mo’ed Sukkot, some of the Sages would do handstands and kiss the Temple floor. In this way, they symbolically completed the process of bringing the “upper worlds” down to earth. (Kuntreis Sukkot 71) [Ed. note: In light of the foregoing, it is notable that this week’s Haftarah includes “Shuvah Yisrael,” the well-known Haftarah for the Shabbat between Rosh Hashanah and Yom Kippur.]

R’ Aryeh Yehuda Halevi Epstein z”l (1837-1903; Ozhorover Rebbe) writes: We read (Tehilim 147:8), “[He is the One] who covers the heavens with clouds, provides rain for the earth . . .” This verse is explaining why Tzaddikim / the righteous sometimes slip from their high level. Tzaddikim should be the source of all material blessings. However, sometimes they are so far removed from this world that they cannot connect with ordinary people and do not pray for their needs. Hashem therefore “covers the Heavens with clouds,” He brings darkness to the righteous so that they will slip slightly to a lower level; then they will pray that Hashem “provide rain for the earth.”

This, continues the Ozhorover Rebbe, is alluded to in our verse, as well: Yaakov departed from Be’er Sheva, the wellspring above, to go to this world, a place full of “Charon Af” / Divine anger at man’s sins. Why? So that he would “encounter” — a word that refers to prayer (see Rashi z”l) — “the place” — a reference to people who are bound to this earth. (Birkat Tov)

Rabbeinu Bachya ben Asher z”l (Spain; 1255-1340) writes: Yaakov kept his word, for he gave Hashem a tithe from everything, even from his children. How so? Yaakov had twelve sons. Plus, he declared about Yosef’s sons (Bereishit 48:5): “Ephraim and Menashe shall be mine like Reuven and Shimon.” Thus, Yaakov had fourteen sons in all. Four of these were firstborns to their mothers and, therefore, were sanctified as Bechorim / firstborns. Of the ten who were not already sanctified, Yaakov sanctified one to be the ancestor of the Kohanim and Levi’im who would serve in the Bet Hamikdash. Thus, he tithed his children. (Be’ur Al Ha’Torah)

R’ Drazin offers two answers in the name of R’ Yechiel Michel Feinstein z”l (1906-2003; Rosh Yeshiva in New York and Bnei Brak): The Gemara (Ketubot 50a) teaches that a person generally should not give more than a fifth of his assets to charity. The basis for this regulation is our verse: “Tithe, I shall tithe to You.” Two tithes, i.e., two tenths, is one fifth. Based on this, says R’ Feinstein, our question can be answered as follows: Yitzchak gave a tenth. Yaakov went farther and promised to give two tenths.

Alternatively, R’ Feinstein answers, Yitzchak gave tithes from grain, while Yaakov promised to give tithes from all of his income.

Another possibility, adds R’ Drazin, is that the novelty of Yaakov’s promise is what Rabbeinu Bachya writes, i.e., that he would tithe even his children. (Chessed L’Avraham)

R’ Uri Jungreis shlita (Yerushalayim) asks: Didn’t Leah praise Hashem when her older children were born? For example, when Reuven was born, she said (verse 32): “Because Hashem has discerned my humiliation, for now my husband will love me!”

He explains: There are two attributes of Hashem that we frequently refer to interchangeably, but which actually are different. These are Chessed / kindness and Rachamim / compassion. Much of what we call Chessed actually is Rachamim; for example, we give charity, visit the sick, and comfort mourners because we feel compassion for those in need. Even dancing at a wedding is, at its essence, an act of Rachamim / compassion. The bride and groom are “in need” of people with whom to celebrate, and the guests provide what the bride and groom are lacking.

In contrast to Rachamim, Chessed is not motivated by the recipient’s need to receive, but from the giver’s need to give, R’ Jungreis continues. Chessed / the desire to give is the Middah / trait that caused Avraham to be disappointed when he was sitting at the opening of his tent and there were no travelers for him to serve. In this, he was emulating G-d, who created the world because of His desire to give, not because there were any beings in need. (Obviously, there were no beings in need before Creation.)

Leah did praise Hashem when each of her first three sons was born. But, she attributed each of those births to G-d’s compassion on, and pity for, her:

By the time Yehuda was born, Leah had given birth to three of the twelve sons that Yaakov was destined to have from four wives. She had her share and was no longer a “charity case.” Accordingly, Leah understood that Hashem had not given her another child out of compassion, but solely because He is a Giver. Therefore, explains R’ Jungreis, she gave her son a name that reflected her grateful praise. Indeed, the name “Yehuda” contains within it the Four Letter Name of Hashem (“Y-K-V-K”) that refers to Him as the Creator (“Mehaveh”), alluding to the attribute of Chessed with which Hashem created the world even when there was no need to do so. (Ori V’yish’ee: Shmot I, Intro.)

The anonymous sage known only as “a Levi from Barcelona” (Spain; 13th century) writes: At the root of the Mitzvah of Tefilah / prayer is the idea I have written about many times–that all good things and all blessings come to people according to their actions, the good of their hearts, and the propriety of their thoughts. The Master of all, who created us, desires our good, and He directed us and facilitated our success through His precious commandments, which bring us merit. Also, He informed us how, and opened an opening for us, to attain all we request that is good: that we make our requests to Him, blessed is He, since the wherewithal and ability to provide all that we lack is in His hand. He will have the Heavens answer all that call to Him in truth.

The author continues: Besides informing us of the power of prayer, Hashem went farther and commanded us to use that power, that we request all of our needs and all the desires of our hearts from Him. Besides helping us attain the desires of our hearts, prayer gives us additional merit by arousing our spirit and fixing within our thoughts that He is the Master that is good and does good for us, that His eyes are open to all of our ways, and that He hears our cries to Him at all times and at every instant; “He does not slumber and He does not sleep, the Guardian of Israel” (Tehilim 121:4). In this way, He causes us to believe in His Kingship and in His ability–without any hesitation–and that there is no impediment preventing Him from doing anything He desires. (Sefer Chinuch #433)

R’ David Hakochavi z”l (Southern France; 13-14th centuries) writes: Hashem runs His world as a human king runs his kingdom, in order that we can relate to Him. Therefore, just as a human king keeps order and provides his subjects’ needs in exchange for their humbling themselves to him and making requests to him, so Hashem provides our needs when we pray to Him and praise Him. (Migdal David: Mitzvat Aseh #13)