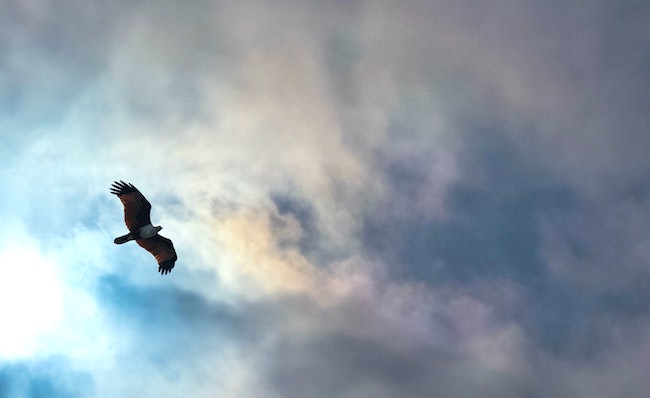 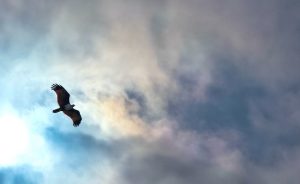 In the Parashot we have read in recent weeks, and continuing in this week’s Parashah, Moshe Rabbeinu delivers his farewell address to Bnei Yisrael on his last day in this world. R’ Doron David Gold shlita (Menahel Ruchani of Yeshivat Derech Chochmah in Yerushalayim) notes that Moshe Rabbeinu seems to have reserved his toughest rebuke and warnings for this final day. Why? Weren’t Bnei Yisrael at the very pinnacle of their spiritual growth after forty years under Moshe Rabbeinu’s leadership?

R’ Gold explains: The higher a person’s spiritual ascent, the farther he is prone to fall. Thus, precisely because Bnei Yisrael had attained such a high level, Moshe Rabbeinu had to warn them to guard themselves in the future.

R’ Gold continues: We are now standing just after Yom Kippur, when we attained the highest spiritual levels that most people achieve all year. Thus, we, too, must be wary of falling very far and very hard. The Gemara (Berachot 6b) instructs that a person leaving Shul should not take large strides. Indeed, records the Gemara (Berachot 32b), the pious people of old used to sit in Shul for one hour after Davening. In this way, explains R’ Gold, they eased into their everyday activities rather than rushing headlong from their spiritual high into mundane life. We, too, must ease out of Yom Kippur.

R’ Gold adds: It is said in the name of R’ Yisrael Lipkin z”l (1810-1883; “R’ Yisrael Salanter”; founder of the Mussar movement), “Every day should be like Elul, and Elul is Elul.” Perhaps R’ Yisrael means that we must try to preserve some of the spiritual gains of Elul and the High Holiday period so that, when Elul returns next year, we will start off on a higher level than we did last Elul. (Kuntreis Hirhurei Teshuvah p.121)

“When I call out the Name of Hashem, ascribe greatness to our Elokim.” (32:3)

The Gemara (Berachot 21a; see Rashi there) derives from this verse that one must recite a Berachah before studying Torah. This suggests that only on the last day of Moshe’s life did he teach Bnei Yisrael to recite a Berachah over learning Torah! How is it, asks R’ Avraham Dov Auerbach z”l (Chief Rabbi of Teveryah, Israel; died 2021), that Bnei Yisrael studied Torah for forty years without reciting Birchot Ha’Torah / the blessings on the Torah?

He explains: Early commentaries write that, in chronological order, Ha’azinu was the last Parashah that Moshe taught. The final Parashah according to our order–V’zot Ha’berachah–actually was taught earlier in the day on the last day of Moshe’s life. Thus, with Parashat Ha’azinu, the Torah was completed. As such, writes R’ Auerbach, only now could a blessing be recited over the Torah, for only now was Hashem’s revelation of the Torah completed. Just as one would not recite a Berachah on a partial Etrog or on a Sefer Torah that is missing even one letter, so Bnei Yisrael could not recite a Berachah on the Torah before it had been revealed completely.

It follows, adds R’ Auerbach, that the greater the understanding of the Torah that one attains, the greater the effort, energy and meaning that he must put into his Birchot Ha’Torah. For him, the Torah was less complete yesterday than it is today; therefore, his obligation to praise Hashem for giving the Torah was less. Today, his Torah is more complete, so his obligation to acknowledge Hashem’s blessing is greater. (Pitchei Avraham)

R’ Avraham Yitzchak Hakohen Kook z”l (1865-1935; Ashkenazic Chief Rabbi of Eretz Yisrael) writes: We have a tradition that there will be a spiritual revolt in Eretz Yisrael and among the Jewish People in the very era in which the national life of our People reawakens. The reason for this is that the material tranquility that part of our nation will experience will lead it to believe that it already has attained its ultimate goal. This will cause the soul to shrink, so-to-speak. Yearning for lofty and holy ideals will cease, and, as a natural consequence, the spirit will sink. Eventually, a storm will come and cause a revolution, and then it will be apparent that Yisrael’s strength lies only in the Eternal Holy One, in the light of His Torah, and in our desire for spiritual “light.” (Orot p.84)

“‘Is it not revealed to Me, sealed in My treasuries? Mine is vengeance and retribution at the time when their foot will falter, for the day of their catastrophe is near, and future events are rushing at them.’ When Hashem will have judged His people, He shall relent regarding His servants, when He sees that enemy power progresses, and none is saved or assisted.” (32:34-36)

R’ Yaakov Moshe Charlap z”l (rabbi of Yerushalayim’s Sha’arei Chessed neighborhood and Rosh Yeshiva of Yeshivat Merkaz Harav; died 1952) explains: Hashem has a secret. Our Sages teach that His judgment overlooks nothing (“Mine is vengeance and retribution”). Nevertheless, even if we hit rock bottom, Hashem will have a way to redeem us despite our sins (“He shall relent regarding His servants”). How both statements can be true is revealed only to Him, sealed in His treasury. (Mei Marom Vol. V.)

“And He will atone for ‘Admato’ / His Land and His people.

Why, immediately after completing the Song of Ha’azinu, did Moshe warn Bnei Yisrael once again to be careful to perform all of the words of the Torah? R’ Eliyahu Hakohen Ha’Itamari z”l (Izmir, Turkey; died 1729) explains:

The word “Admato” / “His Land” has the same Hebrew letters as “Dalet Amot” / four cubits. Thus, the verse, “He will atone for His Land and His people,” hints to the Gemara’s statement (Ketubot 111a) that when one walks four cubits in Eretz Yisrael, all of his sins are forgiven. The Gemara there likewise states that if one is buried in Eretz Yisrael, it is as if he is buried under the altar (a good thing).

These statements can lead a person to become complacent. “Why observe the Mitzvot? I will live as I see fit, and the Mitzvah of living in Eretz Yisrael will guarantee my atonement.” No! says Moshe Rabbeinu. True, “He will atone for His Land and His people.” Nevertheless, “Apply your hearts to the words that I testify against you today,” “Instruct your children” regarding them, and, “Be careful to perform all the words of this Torah.” Why? Because, says the next verse, “Through this matter shall you prolong your days on the Land to which you cross the Jordan to possess it.” If you sin, you will be expelled from the Land and will not get the atonement you took for granted. (Semuchin L’ad)

This year, we have devoted this space to discussing various aspects of our prayers–most recently, discussing the thirteen different types of prayer identified in Midrashim. R’ Shimshon Dovid Pincus z”l (rabbi of Ofakim, Israel; died 2001) concludes his explanation of those different forms of prayer as follows:

One of the foundations of prayer is to know that praying is not just something we do three times a day. Rather, prayer is the foundation and the plan for living as a Jew, i.e., living one’s everyday life with Hashem. We read (Devarim 4:7), “For which is a great nation that has an Elokim Who is close to it, as is Hashem, our Elokim, whenever we call to Him?” That is what a Jew looks like, R’ Pincus writes. He lives his entire life close to G-d. This is why our Sages liken the Giving of the Torah to a wedding and the relationship of Hashem and the Jewish People to that of a husband and wife. Just as marriage is not just another relationship–rather, it is a unique way of living life–so is the connection between Hashem and a Jew. Hashem is by our side at all times to help with any issue, large or small. He is even there just to talk, so-to-speak, about any subject that is on a Jew’s mind.

Regarding Yosef, we read (Bereishit 39:3), “His master perceived that Hashem was with him, and whatever he did Hashem made succeed through him.” Rashi z”l explains that Yosef’s master heard that Yosef constantly mentioned Hashem’s Name. The Midrash elaborates, explaining that Yosef uttered a prayer before each task he performed. He lived with Hashem in the most literal sense of our verse (“Hashem was with him”). Yosef was like a child who walks through a dark and frightening place–because of his fear, he grips his father’s hand tightly. Thanks to Yosef’s constant prayers, says the verse, he succeeded in every aspect of his job. This is how a Jew should go through this world, writes R’ Pincus.

R’ Pincus adds: What is Hashem to a Jew? In various verses and prayers, we refer to Him as: “The teacher of Torah to His nation, Yisrael,” “Avinu Malkeinu” / “Our Father, our King,” a brother, a mother, a beloved uncle, and a friend. Hashem is all of these things and more. And, the way to develop these relationships into realities that we can sense is through prayer. (She’arim B’tefilah p.147)