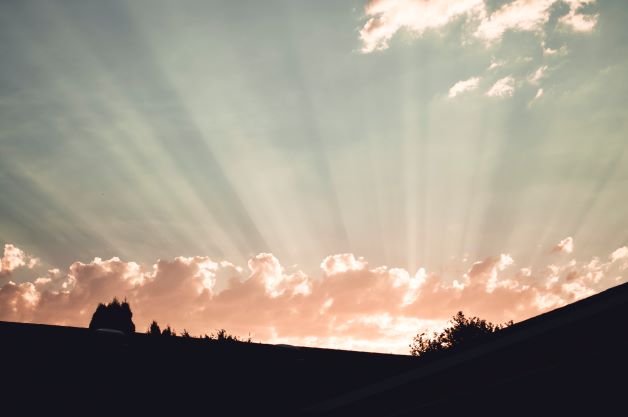 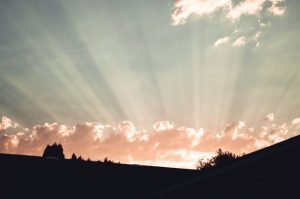 R’ Yitzchak continues: There is no one-size-fits-all standard of Kedushah. Every person must evaluate his own nature and temperament to determine what level of physical pleasures he genuinely needs and what pleasures are excessive. That is why our Parashah does not provide detailed instructions for becoming Kadosh, for our Parashah is not addressed to each individual separately; rather, it was taught (19:2) “to the entire assembly of Bnei Yisrael.”

Why does the Torah want us to refrain from pleasures that are, strictly speaking, permitted? R’ Yitzchak explains: The Yetzer Ha’ra does not come to a person “out of the blue” and tell him or her to sin. [For example, the Yetzer Ha’ra does not try to persuade a typical observant Jew to eat pork, because such an effort is guaranteed to fail.] Rather, the Yetzer Ha’ra tries to get a person immersed in worldly pleasures of the permitted kind, until, little-by-little, the person’s sensitivity to spirituality has decreased and his desire for physical pleasures has increased to the point that he may let his guard down when presented with a sinful pleasure.

On the other hand, writes R’ Yitzchak, a person who tries to sanctify himself is assured of Divine assistance. (Mili D’avot 3:1)

“Speak to the entire assembly of Bnei Yisrael and say to them, ‘You shall be holy, for I am holy, Hashem, your Elokim’.” (19:2)

R’ Meir Halevi Rotenberg z”l (1760-1831; rabbi and Chassidic Rebbe in Opatów, Poland) writes: Our verse commands us to emulate G-d’s holiness. By His nature, Hashem is completely removed from the physical world; yet, His Presence fills, and He influences, every corner of this world. So, too, though a person wants to ascend to the highest spiritual levels, it is not Hashem’s Will that we detach ourselves entirely from this world. Rather, our goal should be to draw spiritual influences into our physical world. (Ohr La’shamayim)

R’ Yehuda Aryeh Leib Alter z”l (1847-1905; second Gerrer Rebbe) writes: The Torah is proving to us that it is possible to be holy despite being in the physical world. After all, Hashem created the world and He continues to give life to everything in it, yet He is distinct from the physical world and is holy. (Sfat Emet: Likkutim)

Midrash Rabbah comments on our verse: Thus it is written (Tehilim 20:3), “May He dispatch your help from the Kodesh / Sanctuary and support you from Zion.” [Until here from the Midrash]

How are the two verses connected? R’ Eliezer Dovid Gruenwald z”l (1867-1928; rabbi and Rosh Yeshiva in Oyber Visheve, Hungary) explains: The Gemara (Sukkah 52a) teaches that it is impossible to defeat the Yetzer Ha’ra without Divine assistance. Our job is only to begin to serve Hashem; then Hashem completes the task for us. In truth, however, even the first step is not accomplished by our efforts alone. For that, too, we need Divine assistance. This, writes R’ Gruenwald, may be the purpose for which the entire Torah is taught to a fetus in the womb, only to have him forget it at the time of birth. Perhaps this is the initial assistance needed to help one serve Hashem. (Keren Le’Dovid He’chadash)

“Be careful with a ‘light’ Mitzvah as with a ‘heavy’ one, for you do know not the reward for the fulfillment of the Mitzvot.” (2:1)

R’ Moshe Yitzchak Ashkenazi z”l (1821-1898; Trieste, Italy) asks: Rabbi Yehuda Ha’nassi (traditionally known simply as “Rabbi”) says that we should not neglect “light” Mitzvot, for we do not know how great is the reward for any particular Mitzvah. By saying this, Rabbi seems to be encouraging us to perform Mitzvot because of their reward. What of the teaching of Antignos of Socho (Avot 1:3), “Do not be like servants who serve their master with the expectation of receiving a reward”?

R’ Ashkenazi answers: Rabbi is not encouraging us to perform Mitzvot for the sake of their reward. Rather, he is addressing the fact that a properly performed Mitzvah benefits a person’s soul and his body. It benefits his soul by uplifting him spiritually, and it benefits his body because the soul’s pleasure upon being spiritually uplifted causes the body to feel a sense of tranquility. However, Rabbi is observing, “light” Mitzvot often do not have this effect–not because they are not important enough; in fact, the reward for even the smallest Mitzvah is beyond our imagination. Rather, “light” Mitzvot seem not to impact our souls or our bodies because we tend to perform them out of habit, without feeling. Mitzvot performed without feelings may fulfill one’s technical obligation, but they have a limited spiritual impact. When Rabbi says, “You do not know the reward of Mitzvot,” he means that you do not sense the reward immediately, as you do when you perform a “big” Mitzvah. Thus, Rabbi warns us to perform every Mitzvah with the same feeling, whether we can immediately sense its positive effects or we cannot.

R’ Ashkenazi adds: We read (Shmot 18:20), “Ve’hizhartah / You shall caution them regarding the decrees and the teachings, and you shall make known to them the path in which they should go and the deeds that they should do.” The word “Ve’hizhartah,” in addition to meaning “You shall caution,” may be read as being related to the word “Zohar,” meaning “light.” Read this way, the verse is an instruction to not only teach Bnei Yisrael about their technical obligations, but also to ensure that they see the “light” in every Mitzvah. (Simchat Ha’regel ch.2)

The Gemara teaches: The Torah reveals the reward for two Mitzvot: the easiest of the easy–sending away a mother bird before taking its eggs or its young–and the hardest of the hard–honoring one’s parents. For both, the Torah states that the reward is long life. Why? So that a person does not pick and choose among the Mitzvot, but, rather, performs all of them. (Chullin 142a)

Trust is the tranquility of the soul of the one who trusts. In his heart, he relies on the one in whom he trusts, sure that the latter will do what is right for him regarding the thing about which he is trusting. (Chovot Ha’levavot: Sha’ar Ha’bitachon, ch.1)

R’ Shlomo Moshe Amar shlita (former Sefardi Chief Rabbi of Israel, now Sefardi Chief Rabbi of Yerushalayim) elaborates: Sometimes, it is decreed that a person must suffer, and he does not understand why. He is not willing to accept suffering! We must know, however, that we are servants of Hashem. We are not under our own control; rather, He is in charge. One should never ask, or even think, “Why is this happening to me?” Everything happens according to a plan. We usually will not know the reason, but Hashem has reasons. Regarding the death of the two sons of Aharon Ha’kohen, we read (Vayikra 10:3), “Aharon was silent.” Even Moshe Rabbeinu was rebuffed when he requested (Shmot 33:13), “Make Your way known to me, so I may comprehend You.” Moshe was not asking out of curiosity. He wanted this information so he could help Bnei Yisrael get out of trouble after making the Golden Calf. Nevertheless, Hashem responded (Ibid verse 21), “Behold! there is a place with Me,” i.e., to understand Me, you would have to be “with Me.” Why? Because if we understood all of Hashem’s ways, we would have no trials, and we would earn no reward. How, then, can we get through difficult times? The main tool that we have for getting through trials, writes R’ Amar, is Tefilah/ prayer, which is an expression of our Bitachon. (Be’chasdecha Vatachti p. 87)