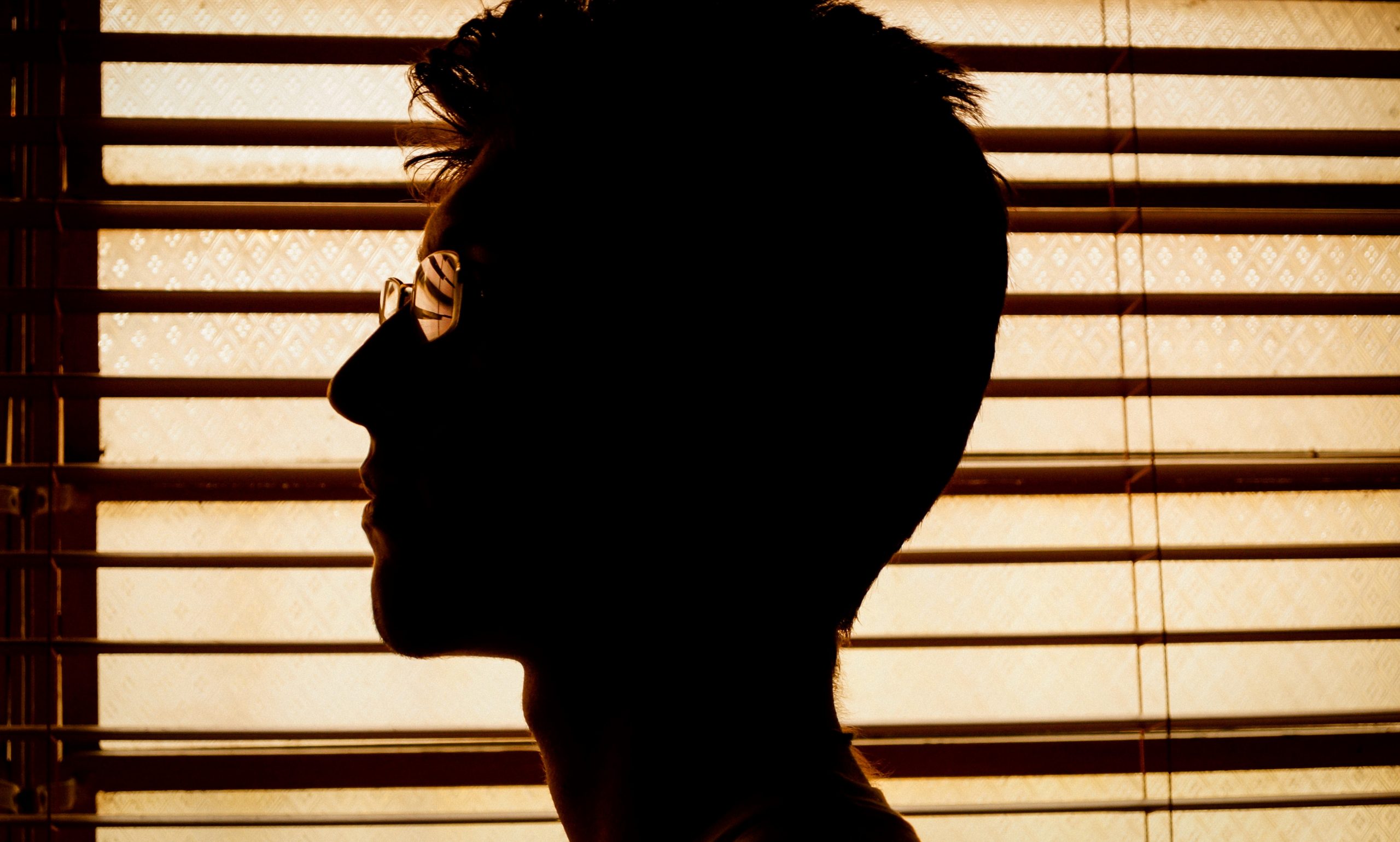 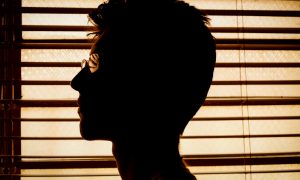 Sponsored by
Eli, Rachel Adina, Daniel Avraham,
Yonatan and Chana Rutstein
in honor of the birthday of
their wife and mother
Galit Rutstein עמו”ש

In this week’s Parashah, we read about the making of the Golden Calf and of Moshe’s prayers that Hashem forgive Bnei Yisrael. At first, Hashem says (33:2-3), “I shall send an angel ahead of you . . to a land that flows with milk and honey, because I shall not ascend among you, for you are a stiff-necked people, lest I annihilate you on the way.” Moshe prays, and he is taught the Thirteen Middot Ha’rachamim / Attributes of Mercy, which we are to say whenever we need Hashem’s mercy (see 33:19 and Rashi z”l).

R’ Shlomo Wolbe z”l (1914-2005; a pre-eminent figure in the Mussar movement) writes: This is what Moshe was praying for–that Hashem agree to relate to us with mercy, for without that, we could never endure. At first, Hashem said that he would not ascend to Eretz Yisrael in Bnei Yisrael’s midst; rather, He would send an angel to lead them. Moshe succeeded in having Hashem reverse this decree. But, if Hashem would not act mercifully toward Bnei Yisrael–stiff-necked people, who are prone to sin–having Him in their midst would be disastrous.

R’ Wolbe continues: In the Vidui / confession on Yom Kippur, we refer to sins that we committed due to “Kashyut Oref” / being stiff-necked or stubborn. This refers to the fact that, no matter how much we work on correcting bad traits, there is always a risk of falling back into them because we tend not to address the root causes of those bad traits. As long as a person does not address the root causes of his bad traits, he can never be confident that he will not return to those traits. (Shiurei Chumash)

R’ Yitzchak Ze’ev Yadler z”l (1843-1917; Yerushalayim) explains: There is no one in the world who does not need an atonement, for, as King Shlomo writes (Kohelet 7:20), “There is no man on earth so righteous that he always does good and never sins.” When the Jewish People are united, R’ Yadler continues, we atone for each other, for in the same area or subject matter that one person sins, another does a good deed. Thus, we protect each other. However, taking a census highlights the individuality of each person, not his membership in the group. Therefore, a different form of atonement is required, as our verse teaches. (Tiferet Tziyon)

“Bnei Yisrael shall observe the Shabbat, to make the Shabbat an eternal covenant for their generations.” (31:16)

Keeping Shabbat is the type of Mitzvah our Sages call an “Eidah” / testament, for it testifies that Hashem created the world.

R’ Eliezer Halevi Ish-Horowitz z”l (rabbi of Tarnograd, Poland; author of one of the foundational works of the Chassidic movement; died 1806) asks: Why does Hashem need our testimony? Moreover, how can we testify that Hashem created the world when we have a self-interest in the matter? Specifically, as Rashi z”l explains (in his commentary to Bereishit 1:1), the reason the Torah begins with Creation is to declare that Hashem created the world and, therefore, He can give Eretz Yisrael to whomever He chooses. This is our rebuttal to the nations of the world who claim that we stole the Land!

R’ Eliezer answers the first question with a parable: A king hired a tutor for his children, and he ordered the tutor to teach the young princes an anthem that glorified the king, and to have them sing the anthem every day in front of the king. The tutor asked the king, “With all due respect, you are a glorious king! Why do you need their praise?”

Similarly, writes R’ Eliezer, Hashem does not need our praise or our testimony. Rather, its purpose is to remind us whose “children” we are, so that we will behave the part.

This answers the second question also, R’ Eliezer concludes. If the purpose of our testimony was to tell the world that Hashem is the Creator, then one, indeed, could argue that we are biased. However, that is not the goal. Instead, when we observe Shabbat, we testify to ourselves that our Father is the Creator. This reminds us whose children we are, so we will behave accordingly. (Noam Megadim V’kavod Ha’Torah)

“Remember for the sake of Avraham, Yitzchak, and Yisrael, Your servants, to whom You swore by Yourself, and You told them, ‘I shall increase your offspring like the stars of heaven, and this entire land of which I spoke, I shall give to your offspring and it shall be their heritage forever’.” (32:13)

R’ Shlomo Kluger z”l (1785-1869; rabbi of Brody, Galicia) explains: Moshe said to Hashem, “Remember for the sake of Avraham, Yitzchak, and Yisrael, Your servants, to whom You swore by Yourself”–You promised them that they would receive Eretz Yisrael. However, it was understood that You would not give the Land to them personally; rather, You would give it to their descendants.

Separately, “You told them, ‘I shall increase your offspring like the stars of heaven, and this entire land of which I spoke, I shall give to your offspring and it shall be their heritage forever’.” What was the purpose of that promise, since You already had told the Patriarchs that their descendants would receive the Land? It must be that the first promise referred to Bnei Yisrael when they are righteous, while the second promise referred to Bnei Yisrael when they are not deserving–as was the case after the sin of the Golden Calf. Indeed, Moshe’s argument concluded, that must be why You said, “Forever”! (Chochmat Ha’Torah p.225)

When a person trusts in Hashem, that Bitachon will cause him not to submit to another person. He will not place his hopes on any man, nor put his trust in human beings. He will not be subservient to others in order to win their favor, nor will he flatter them. He will not agree with them about that which is inconsistent with serving Hashem. Their ways will not frighten him, and he will not be afraid to oppose them. He will be free of the burden of expressing gratitude to them and the obligation of repaying them [–see below]. When rebuking them, he will not hold back for fear of offending them, and he will not dress up that which is false, as the prophet says (Yeshayah 50:7), “But, Hashem Elokim helps me; therefore, I was not ashamed . . . I know that I will not be timid.” (Chovot Ha’levavot: Sha’ar Ha’bitachon, Introduction)

R’ Manoach Hendel z”l (Poland; died 1611) clarifies: When R’ Bachya writes that a person with Bitachon “will be free of the burden of expressing gratitude to them and the obligation of repaying them,” he means that a person who places his trust in Hashem will not feel the need to request gifts or favors from others and, therefore, he will not be burdened constantly with the obligation to express gratitude. However, continues R’ Manoach Hendel, it goes without saying even a person with Bitachon must express gratitude to anyone from whom he does derive a benefit. (Manoach Ha’levavot)

R’ Baruch Aryeh Halevi Fischer shlita (rabbi and educator in Brooklyn, N.Y.) writes: Of course, one is obligated to thank someone who did him a kindness or favor! The Chovot Ha’levavot is teaching that a person who has Bitachon sees his benefactor as Hashem’s messenger and does not find expressing gratitude to be a burden. In contrast, one who thinks that the benefit he received originated from the benefactor will always worry that his gratitude was not good enough to satisfy the benefactor, and that the benefactor will not do him favors in the future. (Lev Ha’ari)

One might ask: If everything is decreed by Hashem, and any benefactor is merely Hashem’s messenger, why is one obligated to show gratitude to the benefactor at all?

Rabbeinu Bachya himself answers this question: The Gemara (Bava Batra 119b) teaches: “Hashem brings about good things through meritorious people.” This means that Hashem chooses people as His agents to help others because those people want to help others. True, Hashem controls the ultimate success or failure of everything we undertake, but His agents/our benefactors deserve our gratitude for wanting to help us. Indeed, this is why they deserve the same gratitude even if their efforts to assist are unsuccessful. (Chovot Ha’levavot: Sha’ar Ha’bitachon, ch.4)