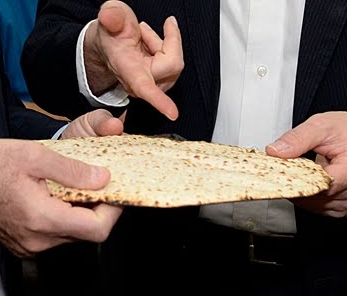 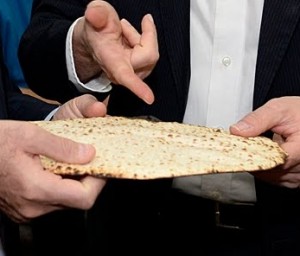 The Four Questions and Answers

The questions about reclining and two dipped vegetables are not addressed in the Hagada’s answers. Some of the Rabbis say that the Hagada’s general answers are sufficient (“We were slaves in Mitzraim, but Hashem took us out… A person is obligated to see himself as if he, too, left Mitzraim…”). However, Rav Shlomo Zalman Auerbach said that the reclining and the dipped vegetables would have been self-understood in ancient times — when these acts were common. Today, however, their meaning is not appreciated by the children and should be explained: Reclining is something that freemen or royalty used to do while eating; eating vegetables before the meal is a luxury unique to freemen (Halichos Shlomo, perek 9; see the Bach, Maharil and Kol Dodi).

Chometz and Matza — Do Not Delay

Rabban Gamliel said, ‘Why do we eat the matza? They didn’t have time for the dough to rise, before Hashem revealed Himself to them and redeemed them…’ (Hagada shel Pesach, based on Pesachim 116b and Shmos 12:39).

The Ramban (Shmos 12:39) points out that it’s not possible to think that they would let the dough become chometz — they had already been commanded not to possess chometz (Shmos 12:15-20)! Even if they had had time, they could not own bread… Rather, the Torah tells us that they were forced to bake matzos while traveling because there was such pressure to leave; or, as the Rabbis say, that they traveled instantly to Sukos (leaving them no time to bake beforehand).

[Still, the reason we eat the matza is because Hashem commanded us, prior to Yom Tov, to eat matza. This leads to a difficulty in understanding the Hagada here: was it because we were in a hurry? No, we had been commanded to bake matza and eat it with the lamb and morror. (1)]

The Ron had a different understanding of the verse. Pesach in Mitzraim was only one day, instead of seven (Mishna and Gemara, 96a-b). The Ron concludes that there wasn’t a prohibition of owning chometz that first year. Therefore, they would have baked bread for the journey — if it wasn’t that they were pressured to leave so quickly.

This would explain the hagada — the matza today reminds us how quickly the geula occurred — it didn’t even have time to become chometz!

The Seforno explains that they traveled on eagles’ wings to Sukos, outside of the environs of Mitzraim. This was necessary because of the Gilui Shechina (Hashem’s Revelation). Hashem would not reveal Himself in Mitzraim proper due to the contamination of their idolatry. Even though the Jews traveled a long way, a neis occurred and they traveled so quickly that the bread did not rise.

The Seforno seems to agree with the Ron, that they actually would have made chometz that year, if it weren’t for the neis.

That year, matza represented their faith — they were told that fulfilling the mitzvos of the lamb, the matza and morror would bring about their redemption (Rashi, Shmos 13:8). In the future, it would remind them what had happened — that they were saved in an instant, without any delay.