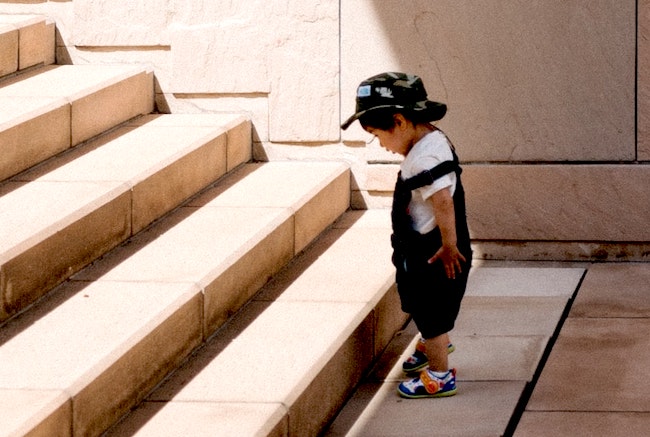 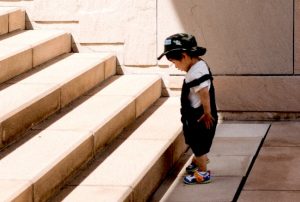 The second of the two Parashot we read this week begins, “These are the journeys of Bnei Yisrael, who went forth from the land of Egypt . . .” R’ David Twersky z”l (1808-1882; first Tolna Rebbe) writes: Here, the Torah is hinting at the way to serve Hashem–i.e., that a person must journey from point to point and from level to level until he reaches the highest level. For the simple Jew, who cannot merit complete D’veikut / attachment to Hashem all at once, this means beginning with “Sur mei’ra” / “distance yourself from bad,” from physical desires, and from bad Midot / character traits. After that, one can progress to “Asei tov” / “do good,” Mitzvot and good deeds. [Of course, one is obligated to perform Mitzvot even before ridding himself of negative traits. The Tolna Rebbe is merely addressing which aspect of Divine service a person should focus on.]

The Tolna Rebbe continues: Torah scholars, who are already on the level of “Asei tov,” also must progress step-by-step until they reach true D’veikut. Thus, we read (Tehilim 84:8), “They advance from strength to strength.” Likewise, we read (Zechariah 3:4), “I shall permit you movement among these immobile ones.” The “immobile ones” is a reference to angels, who always remain on the same level, because they have no Yetzer Ha’ra to challenge them. Man, in contrast, is a physical creature, and he must constantly fight the Yetzer Ha’ra. The weapon man has for this fight is the Torah.

At the highest level, the Tolna Rebbe writes, a Torah scholar studies and prays because it is the right thing to do, with no conscious awareness of his own accomplishments. To achieve this very high level, one must perfect his Yir’ah / awe of G-d. This, he writes, is alluded to in the verse with which we began, “Eleh mas’ei” / “These are the journeys. . .” The Gematria of that phrase (216) is the same as the Gematria of “Yir’ah,” and also of “Gevurah”/ “strength.” By journeying step-by-step until one acquires “Yirah,” one will have the “Gevurah” to conquer his Yetzer Ha’ra, as we learn in Pirkei Avot: “Who is a ‘Gibor’ / ‘strong person’? One who conquers his Yetzer Ha’ra. (Magen David)

“If a man takes a vow to Hashem or swears an oath to establish a prohibition upon himself, he shall not desecrate his word; according to whatever comes from his mouth he shall do.” (30:3)

R’ Zvi Hirsch Bonhardt z”l (1745-1810; Maggid of Voydislav, Poland; father of the Chassidic Rebbe R’ Simcha Bunim of Przysucha z”l) writes: We read (Devarim 23:24), “What emerges from your lips you shall keep and carry out, just as you vowed a voluntary gift to Hashem, your Elokim, whatever you spoke with your mouth.” This verse seems to be repetitive, but the explanation is as follows:

Typically, a person makes a vow because something has moved him to do so. However, by the time he is ready to fulfill his vow, his fervor has diminished. Says the Torah: What emerges from your lips, I (Hashem) have no doubt that you will keep. However, make sure you carry it out just as you vowed a voluntary gift to Hashem, your Elokim, i.e., with the same excitement you had when you spoke the vow with your mouth.

Similarly, R’ Bonhardt continues, our verse may be understood as follows: If a man takes a vow to Hashem or swears an oath to establish a prohibition upon himself, I (Hashem) know that he will not desecrate his word. However, according to whatever comes from his mouth–i.e., with the same excitement–he shall fulfill his vow.

R’ Bonhardt adds a related idea: Any of us would offer our child if we heard a direct command from Hashem to do so, as Avraham heard before he offered Yitzchak. However, we would fulfill Hashem’s command with sadness and copious tears; likely, we also would drag our feet. Avraham, in contrast, woke up early in the morning and hurried to fulfill Hashem’s command, just as he would do when performing any other Mitzvah. That is what made Avraham’s actions on this occasion so praiseworthy. (Asarah L’meah: Drush 5)

R’ Yosef Karo z”l (1488-1575; Greece and Eretz Yisrael; author of the Shulchan Aruch and other works) offers another explanation for the seemingly extra words in our verse. He writes that the Torah is giving a person advice: If you want to ensure that you adhere to your oaths and vows, accustom yourself to always tell the truth, even when making small talk. “If a man takes a vow to Hashem or swears an oath to establish a prohibition upon himself, he must make sure never to desecrate his word; then, according to whatever comes from his mouth he will do.” Similarly, King Shlomo writes (Mishlei 14:5), “One who will not deceive is a trustworthy witness,” i.e., the trustworthy witness is someone who does not deceive even in inconsequential matters. (Bet Yosef Al Ha’Torah)

He answers: We read (Tehilim 105:44-45), “He gave them the lands of nations, and they inherited the toil of regimes, so that they might safeguard His statutes and observe His teachings.” This teaches that Eretz Yisrael was given to us on the condition that we observe the Torah. Otherwise, we will be exiled.

The tribes of Reuven and Gad reasoned that, given this condition, exile was inevitable, so why bother fighting for the Land? In contrast, the land on the east bank of the Jordan is not subject to this condition. But, Moshe told them that they were wrong; as part of the Jewish People, they were subject to the same condition as their cousins from other tribes. The only way to secure their land, Moshe told them, was by observing the Five Books of the Torah–alluded to by the five mentions of Hashem’s Name. (Imrei Yoel: Matot, Drush 2)

The Gemara (Ta’anit 26b) teaches: When the month of Av arrives, we lessen our joy.

R’ Michel Zilber shlita (Rosh Yeshiva of the Zvhil yeshiva in Yerushalayim) observes: The first day of Av is the yahrzeit of Aharon Ha’kohen. Our Sages relate that when Aharon died, the Clouds of Glory disappeared. The holiday of Sukkot, which commemorates the Clouds of Glory, is referred to as “Z’man Simchateinu” / “The time of our joy.” Conversely, then, the day when the Clouds of Glory vanished should be a day when our joy is lessened. (Tipah Min Ha’yam)

R’ Aryeh Leib Hakohen Shapira shlita (Menahel Ruchani of the Ponovezh Yeshiva in Bnei Brak, Israel) writes: One of the reasons why work is prohibited on Shabbat is so that we will be free to study Torah. (Not the opposite, as some think–i.e., that since we are not working on Shabbat anyway, it is a good time for Torah study.) In the words of R’ Moshe ben Nachman z”l (Ramban; 1194-1270; Spain and Eretz Yisrael), “The reason for refraining from work, in my eyes, is that this is a holy day when we turn away from thinking of this-worldly matters and give pleasure to our souls by going to wise men and prophets to hear the word of Hashem.”

R’ Shapira continues: This seems, as well, to be one of the purposes of the Shemittah. R’ Ovadiah Seforno z”l (1470-1550; Italy) writes: Shemittah is called a ‘Shabbat La’Hashem’ because we refrain from working the earth all year and are available to serve Him as on Shabbat.” And, regarding Shabbat, R’ Seforno writes: “Shabbatot were given to the Jewish People only to reflect on the deeds of Hashem and to study His Torah.” We see that Shabbat is for Torah study, and that the Shemittah is a time to serve Hashem “as on Shabbat”–i.e., with Torah study.

R’ Shapira elaborates: In his work Megaleh Amukot, R’ Natan Nata Shapira (1585-1633; Rosh Yeshiva and Darshan in Krakow, Poland) cites a Midrash that relates: The Torah “complained” to Hashem, “If everyone is busy with his vineyard or his field, what will become of me?” Hashem reassured the Torah, “I gave them Shabbat on which to study Torah.” Likewise, Hashem gave us the Shemittah as an entire year for studying Torah. This explains why the punishment for violating the Shemittah is so severe–exile from Eretz Yisrael–for we are taught that the one sin Hashem is not willing to overlook is neglecting Torah study, and the Shemittah is intended for Torah study. This explains, as well, why the Torah emphasizes that the Mitzvah of Shemittah was taught at Har Sinai (Vayikra 25:1-2), the place where the Torah was given. (Chazon L’mo’ed: Ha’Shabbat Ve’Shabbat Ha’Aretz p.187)