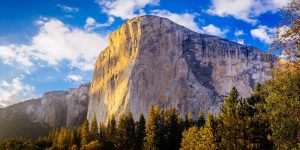 He built there an altar to Hashem, and called in the name of Hashem.[2]

Whom was Avraham calling? Ramban teaches that he used his altar as the place from which to loudly proclaim Hashem’s divinity to people. He had tried to teach in Ur Kasdim, but did not find receptive listeners. Having moved to the place that Hashem told him would bring blessing and success, he tried again, and grew accustomed to teaching and publicizing the existence and nature of G-d. Yitzchok did the same.

Our understanding of Shir HaShirim is that its primary intent is allegorical. “We have a young sister; she has no breasts. What shall we do for our sister on the day she is spoken for? If she be a wall, we will build upon her a turret of silver…I am a wall, and my breasts are like towers.”[3] The gemara[4] unpacks this for us. The young, immature sister is the community of Eilam, the home of Doniel. Its residents merited to study – but not to teach others; they did not spread Torah to Klal Yisrael. It lacked the breasts to nurture others. But Knesses Yisrael proudly exclaims, “I am a wall; my shuls and my study halls give sustenance to others.”

The ability to nurture others is a litmus test of maturity, of shlemus. The Avos were complete, perfected people. The Torah shows this through their involvement with others – with their regular calling to the public. When a person does not set his mind and dedicate his actions to spreading Torah to others, he remains immature, an incomplete being. It is as if he lacked the anatomical feature necessary to fill the needs of others.

How do we develop the will-power and the wherewithal to dedicate ourselves to teaching the truths about Hashem and His Torah to others? We can learn from Yirmiyahu’s inaugural conversation with G-d.[5] After Hashem tells Yirmiyahu that he has been selected to be a prophet to the nations, the young navi demurs. “I do not know how to speak, for I am just a youth!” Hashem doesn’t buy it. Yirmiyahu is to go wherever Hashem tell him to go, and speak about whatever he is told to speak. Then Hashem says the unexpected. “Do not fear them, because I will be with you to rescue you.” Now, Yirmiyahu did not protest that he was afraid of people’s reactions. If he did, he certainly didn’t say so! He did, however, openly express his self-doubt. He saw himself as deficient in ability. He saw himself as too young and inexperienced. Hashem should have responded by telling Yirmiyahu that he indeed had the ability to carry out any mission. Why did Hashem tell him not to be paralyzed by fear?

Hashem got to the root of the problem. Yirmiyahu minimized his own preparedness and talent because he was afraid of the people. If he could overcome that fear, he would find that he had far more ability than he credited himself with.

This serves as a strong rebuke of those who shy away from carrying forward the dvar Hashem, arguing that they are just not equipped for such work. This is weakness! If they will conquer their fears, they will discover that they lack nothing to carry out the mission Hashem asks of us!

This, too, is the meaning of “I am a wall, and my breasts are like towers.” There is a precondition to being the one to sustain others, to build the shuls and study halls that slake the thirst for ruchniyus. That precondition is to be like a wall – strong, upright, resistant to the attacks from outside.