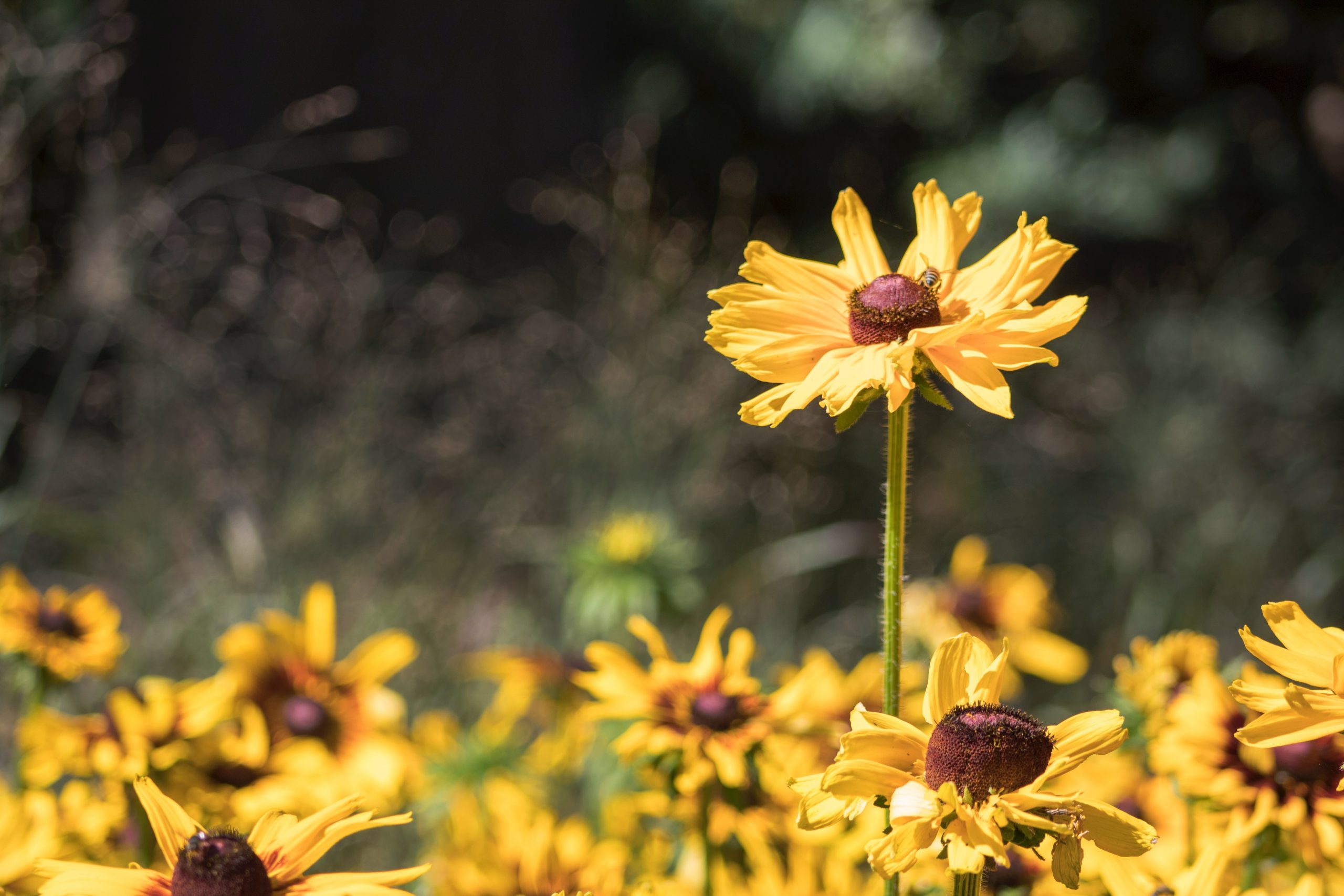 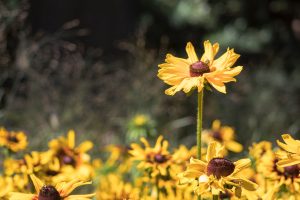 This week’s Parashah introduces the Torah’s Mishpatim / civil laws, saying: “And these are the ordinances that Ta’sim / you shall place before them.” Based on similar wording, our Sages comment that the verse in Iyov (4:20), “They are ground down from morning to evening without ‘Mei’sim’ / contemplation, they are lost forever” alludes to the Generation of the Flood, which was destroyed because it did not practice Mishpatim.

R’ Yerachmiel Shulman z”l Hy”d (Menahel Ruchani of the Bet Yosef-Novardok Yeshiva in Pinsk, Poland; killed in the Holocaust) asks: Is that why that generation was destroyed? Our Sages teach that they were condemned because of widespread theft!

He explains: Our Sages say that Bnei Yisrael who stood at Har Sinai were on the level of Adam before his sin. If so, why was it necessary, or even appropriate, to command them not to murder, steal, commit adultery, or covet another’s possessions?

R’ Shulman answers: The “world’s” understanding of these sins differs from the Torah’s understanding of them. For example, we read (Kohelet 12:14), “For Elokim will judge every deed–even everything hidden–whether good or evil.” Our Sages ask: Why does “good” need to be judged? They answer: This refers to one who gives a handout to a pauper in public, thereby causing him humiliation. In the eyes of the Torah, that, too, is murder!

R’ Shulman concludes: Our Sages teach the Generation of the Flood was condemned for theft–specifically, for stealing minute amounts of money. In the eyes of the world, that may not be stealing. But, the Torah’s Mishpatim hold man to a higher standard. (Peninei Ha’chochmah)

“And these are the Mishpatim / ordinances that you shall place before them.” (21:1)

R’ Valle continues: Every detail of Halachah parallels in some way the manner in which Hashem runs the world. Thus, the Gemara (Niddah 73a) teaches: “If one studies Halachah every day, he is guaranteed to be at home in Olam Ha’ba / the World-to-Come, as it is written (Chabakuk 3:6), ‘Halichot Olam / The ways of the world are his.’ Do not read, ‘Halichot’,” says the Gemara, “but rather, ‘Halachot’.” [Until here from the Gemara] What, asks R’ Valle, is the connection between “Halichot” / “the ways of the world” and “Halachah”? The answer, as stated, is that the Halachot in this world parallel the ways that Hashem runs the world [though the parallel is mostly beyond us] and therefore have “cosmic” significance. (Brit Olam)

The Gemara (Shabbat 88a) teaches: When Bnei Yisrael said “Na’aseh” before “Nishma,” 600,000 angels descended and tied two crowns on each person’s head–one for “Na’aseh” and one for “Nishma.” [Until here from the Gemara]

He explains: The Zohar interprets “Na’aseh” as referring to good deeds and “Nishma” as referring to Torah study. [Until here from the Zohar.] There are two types of Torah study, R’ Soloveitchik continues. First, Torah study is a prerequisite to performing good deeds (i.e., Mitzvot), as one cannot know what the Mitzvot are without studying the Torah. If Bnei Yisrael had said, “Nishma ve’na’aseh” / “We will hear and we will do,” we would have understood that they were referring to studying (“hearing”) Torah in order to know what to do, but nothing more. When they said “Na’aseh” before “Nishma,” they indicated that they also would engage in a second type of Torah study–i.e., study for the sake of study. (The first type of study is included in “Na’aseh,” since, as noted, study necessarily precedes action. Therefore, “Nishma” after “Na’aseh” must refer to something additional.) (Bet Ha’levi)

Based on the above, R’ Tzvi Abba Gorelick z”l (Rosh Yeshiva of Yeshiva Gedolah Zichron Moshe in South Fallsburg, N.Y.; died 2010) explains why Bnei Yisrael said only “Na’aseh” at first (verse 3), and only later said, “Na’aseh ve’nishma” (verse 7). At first, “Moshe came and told the people all the words of Hashem.” He only reported to them, but he had not yet given them a Torah they could study. Therefore, they said only “Na’aseh” / “We will do” the Mitzvot. Then, Moshe wrote all the words of Hashem. . . He took the Book of the Covenant and read it in earshot of the people.” Once they had been given the Torah, they could say, “Na’aseh ve’nishma” / “We will do and we will hear!”–including both performing Mitzvot and studying Torah for its own sake. (Pirkei Mikra)

First, trusting that Hashem, in His immense mercy, will fulfill one’s desires, despite one’s sins. (As discussed last week, R’ Avraham’s position is that there is no place for Bitachon that Hashem will fulfill a person’s desire for luxuries. Presumably, therefore, R’ Avraham is referring here to desires for things that are necessities or, in R’ Avraham’s words, “close to necessities.”) About such a person we read (Tehilim 147:11), “Hashem favors those who fear Him, those who hope for His kindness.”

Second, hoping that Hashem will fulfill one’s desires, and combining that hope with prayer. About such a person we read (Tehilim 34:11), “Those who seek Hashem will not lack any good.”

Third, being absolutely confident, with no doubt whatsoever, that Hashem will fulfill one’s desires. R’ Avraham writes: This type of Bitachon is unlike the two preceding types, which are obligatory for all Jews. In contrast, only one who has received a prophecy foretelling his future is permitted to have this third type of Bitachon. (As discussed in earlier issues, R’ Avraham writes that misplaced Bitachon is prohibited, for it may cause a person to starve to death from not seeking a livelihood, to die of disease or be harmed by an enemy from failing to protect oneself, etc.)

R’ Avraham continues: This third level of Bitachon is relevant to each of us individually only with regard to our belief in the ultimate coming of Mashiach, since that has been promised to us. However, no individual is guaranteed that the Redemption will occur in his lifetime. As to that detail, one can only have the first or second type of Bitachon–i.e., one can “hope” or “pray” that it will be so.

Fourth, entrusting one or more, or all, of one’s affairs to Hashem, with the attitude that, “I accept whatever Hashem decrees, whether He fulfills my desire or does the opposite.” This level differs from the preceding levels because a person on this level does not anticipate a specific outcome from his Bitachon.

This fourth level is the highest form of Bitachon, R’ Avraham writes. This is what Eliezer, servant of Avraham, practiced when he said (Bereishit 24:13-14), “See, I stand here by the spring of water and the daughters of the townsmen come out to draw. Let it be that the girl to whom I shall say, ‘Please tip over your jug so I may drink,’ and who replies, ‘Drink, and I will even water your camels,’ she is the one You will have designated for Your servant, for Yitzchak.”

With this, R’ Avraham concludes his discussion of Bitachon, and he adds: “Now, I believe that I have sufficiently defined Bitachon. May Hashem help us to fulfill what we have learned!” (Ha’maspik L’ovdei Hashem ch.8)