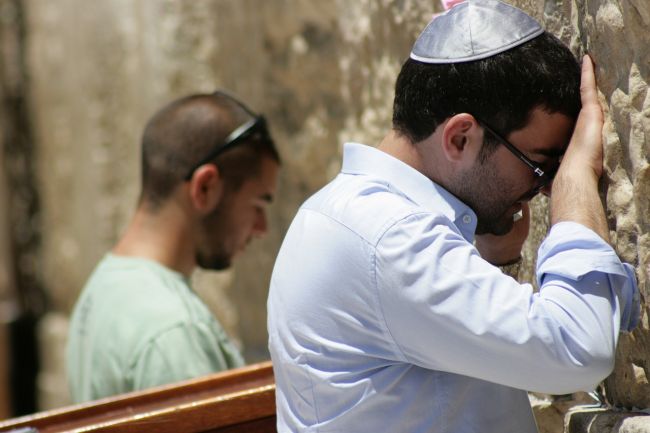 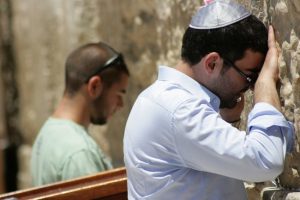 In this week’s Parashah, we are introduced to the twin brothers: righteous Yaakov and wicked Esav. The Haftarah continues this theme, stating (Malachi 1:2-3), “Was not Esav a brother of Yaakov–the words of Hashem–yet I loved Yaakov and I hated Esav!”

R’ Gamliel HaKohen Rabinowitz-Rappaport shlita (Rosh Yeshiva of Yeshivat Sha’ar Ha’shamayim in Yerushalayim) identifies another connection between our Parashah and Haftarah–one from which we can learn a practical lesson. In the Haftarah, the prophet rebukes the Jewish People for bringing blemished and otherwise unfit animals as sacrificial offerings. We read (Malachi 1:6-8), “‘A son will honor his father and a slave his master; if I am a Father, where is My honor, and if I am a Master, where is My reverence?’ says Hashem, Master of Legions, to you, ‘Kohanim who scorn My Name–yet you say, “How have we scorned Your Name?” You bring abominable bread upon My Altar, and you say, “How have we abominated You?” By your saying, “The table of Hashem is scorned.” And when you bring a blind animal to slaughter, is it not evil? And when you bring a lame or sick animal, is it not evil? Offer it, if you please, to your governor–will he show you favor or will he turn his countenance toward you?’ says Hashem, Master of Legions.” R’ Rabinowitz writes: Our Sages teach that, today, prayer–a subject mentioned in our Parashah–takes the place of sacrificial offerings. Thus, the practical lesson to learn from these verses is the care one should take to make his prayers “whole” so Hashem will accept them. (Tiv Ha’haftarah)

The Zohar teaches that the word “Va’ya’zed” (literally, “He simmered”) can be interpreted homiletically, “He thought,” as in the verse (Shmot 18:11), “For in the very matter in which the Egyptians Zadu / had thought against them.”

R’ Chaim of Volozhin z”l (Belarus; 1749-1821) explains: A person thinks thoughts about how to come closer to Hashem, but the Yetzer Ha’ra, like Esav, comes and cries: “Feed me!” Know that if you answer the call of the Yetzer Ha’ra, you will never have time for proper Torah study.

R’ Chaim continues: Our Sages teach (Avot ch.6), “Such is the way of Torah: You will eat bread dipped in salt, you will drink a measure of water, you will sleep on the ground, and you will live a life of pain, and you are engaged in Torah study. If you do this, it will be fortunate in this world, and it will be good for you in the World-to-Come.” [Until here from the Mishnah.] But, are there not many Torah scholars who enjoy both worlds–wealth in this world and reward in the World-to-Come? R’ Chaim answers by noting that the Mishnah changes tenses in the middle, first future tense, and then present tense: “You will eat . . . You will drink . . . “You are engaged in Torah study.” One can very well live a “good life” and also be a Torah scholar. However, one must be willing to live a life of deprivation in the future to become a Talmid Chacham. One who constantly worries about what he or his children will eat tomorrow will be too distracted to study Torah in the present as is necessary to become a Torah scholar. (Ruach Chaim)

“Yitzchak sowed in that land, and in that year he reaped a hundredfold; thus had Hashem blessed him.” (26:12)

R’ Yehuda Zev Lebowitz z”l (1921-2010; a hidden Tzaddik and Torah scholar in Tel Aviv, who was employed as a road surveyor) writes: In the car on the way to Shul early on Monday morning of the week of Parashat Toldot 5752, a thought came to me about our verse. Rashi z”l writes: The land of Gerar was not as fertile as Eretz Yisrael, and that year was a year of famine. That soil was hard and that year was a hard one. [Until here from Rashi.] Nevertheless, the verse tells us, Yitzchak reaped a hundredfold.

R’ Lebowitz continues: The Gemara (Shabbat 31a) refers to the Mishnah’s Order of Zera’im, which deals with agricultural laws, as “Emunat”/ “faith.” Commentaries explain that this is because it takes faith in Hashem to plant. Yitzchak teaches us this faith–though the soil was hard and the year was a hard one, he planted. Hashem rewarded Yitzchak’s faith with a crop one hundred times greater than he might have expected. (Ohr Levi)

“All the wells that his father’s servants had dug in the days of Avraham his father, the Pelishtim stopped up, and filled them with earth.” (26:15)

R’ Naftali Hertz Weisel z”l (1725-1805; German banker, and prolific author of works of Torah commentary, Hebrew grammar, and Mussar) writes: The purpose of this verse is to inform us that the Pelishtim hated Avraham and Yitzchak, and that the fulfillment of the prophecy (Bereishit 15:13), “Know with certainty that your offspring will be aliens in a land not their own, they will serve them, and they will oppress them four hundred years,” had already begun. (Imrei Shefer)

“Yaakov drew close to Yitzchak his father who felt him and said, ‘The voice is Yaakov’s voice, but the hands are Esav’s hands’.” (27:22)

Rashi z”l explains: Because Yaakov spoke politely (“Please, arise”) rather than harshly like Esav (verse 31 – “My father should arise”).

R’ Michel Zilber shlita (Rosh Yeshiva of the Zvhil yeshiva in Yerushalayim) asks: Since Yaakov went to such lengths to disguise himself, why didn’t he disguise his manner of speech as well?

He answers in the name of R’ Shmuel Betzalal shlita (rosh yeshiva of Yeshivat Porat Yosef in Yerushalayim): This teaches an important lesson, namely that proper speech and good middot / character traits should be so ingrained in a person that he is unable to pretend not to have them even if he wants to. (Tippah Min Ha’yam)

“And it was, when Yitzchak had finished blessing Yaakov, and Yaakov had scarcely left the presence of Yitzchak, his father, when Esav, his brother, came back from his hunt.” (27:30)

R’ Chaim Chaikel of Amdur z”l (early Chassidic Rebbe in Lithuania; died 1787) writes: The Torah was given originally on Shavuot on Har Sinai. Subsequently, every year, Hashem “sends down” a new power of intelligence that renews our ability to understand the Torah and enables us to interpret it in new ways. However, this power comes with Bechirah / free will, i.e., the Yetzer Ha’ra is strengthened at the same time [in accordance with the principle that the balance between good and evil must be maintained if we are to have true Bechirah].

This, continues R’ Chaim Chaikel, is alluded to in our verse: No sooner had Yaakov received Yitzchak’s blessing, giving him new spiritual opportunities, did Esav, representing the Yetzer Ha’ra, show up at his side. This, he concludes, is a Jew’s “life story”–to be constantly presented with new opportunities for spiritual growth accompanied by challenges that must be overcome in order to realize that growth. (Chaim Ve’chessed No. 471)

Bitachon in Hashem is one of the loftiest traits. One could even say that it is the most basic foundation of the Torah. The books of the Prophets, and also the Torah itself, teach about Bitachon. Suffice it to mention the verse (Devarim 8:3), “By all that emanates from the mouth of Hashem does man live.” Hashem’s command to refrain from planting and harvesting, and to declare one’s crops ownerless, during the seventh year (Shemittah) and the Yovel (the fiftieth) year are rooted in the concept of Bitachon.

The essence of Bitachon is strengthening one’s belief that Hashem is the Creator and Sustainer, Who gives life and takes it away, Who brings illness and cures it, and Who gives wealth and causes poverty, and that everything that happens in the world, generally and specifically, can be traced back to Him. He does everything. He decrees what will happen and causes it to happen. The sole exception is whether man will listen to, or rebel against, Him, as is well known [alluding to our Sages’ teaching: “Everything is in the hands of Heaven except fear of Heaven”].

If one grasps clearly and knows well that Hashem creates everything, both generally and specifically, and that all methods and resources are subservient to His will and find completion only in accordance with His desire, one’s Bitachon will necessarily be established firmly.