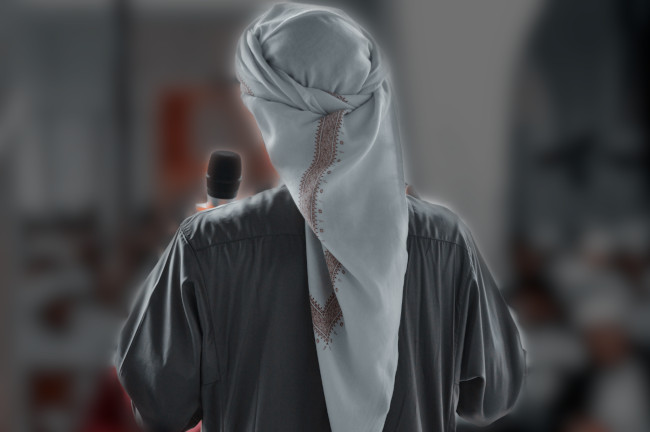 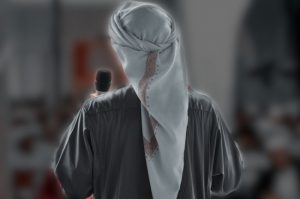 R’ Joseph B. Soloveitchik z”l (1903-1993) teaches: The most obvious connection between the Parashah and Haftarah is the verse (Amos 2:6), “. . . for their having sold a righteous man for silver, and a destitute one for the sake of a pair of shoes”–an allusion to the sale of Yosef which takes place in our Parashah.

However, R’ Soloveitchik continues, there is another sin described in our Parashah and mentioned repeatedly in the Haftarah. We read (Amos 2:11-12): “‘From among your children I raised up prophets, and Nazirites from your lads — is this not so, Bnei Yisrael?’ — [these are] the words of Hashem. But you caused the Nazirites to drink wine, and you commanded the prophets, saying, ‘Do not prophesy!’” Likewise, we read at the end of the Haftarah (3:7-8): “For my Master Hashem/Elokim will do nothing without having revealed His secret to His servants the prophets. A lion has roared — who would not fear? My Master Hashem/Elokim has spoken — who would not prophesy?” In short, when Hashem sent prophets to warn the Jewish People not to sin, the people’s reaction was to intimidate the prophets into not delivering their messages. For example, Amatziah, a priest to idolatry in the Northern Kingdom, told the prophet Amos (7:12-13–not part of this Haftarah), “Seer! Go flee to the land of Yehuda . . . there you may prophesy. But do not continue to prophesy in Bet El [in the Northern Kingdom].” [The prophet Yirmiyah suffered similar intimidation.] Similarly, in our Parashah, Yosef was sent prophetic dreams, and his brothers tried to prevent him from delivering those messages. (Divrei Hashkafah p.33)

R’ Noach Weinberg z”l (1930-2009; founder and Rosh Yeshiva of Aish Ha’Torah) asks: Why did Yosef merit to become the leader of the Jewish People, as foretold by his dreams? Up to this point, the only thing we know about Yosef is that he brought evil reports about his brothers to their father!

R’ Weinberg answers: Commentaries explain that Yosef’s reports about his brothers were based on misunderstandings; in fact, Yosef’s brothers were not guilty of the sins that he accused them of. Yosef was punished for accusing his brothers falsely, including by being sold as a slave and by being falsely accused of sin later in our Parashah. At the same time, Yosef was deserving of reward for reporting his brothers’ apparent sins to their father, because he did it solely for their own good. He cared about them and he acted on the caring, and that makes a person worthy of leadership. (48 Derachim L’Torah p.166)

Rashi z”l writes: This “man” was the angel Gavriel.

R’ Menachem Mendel Morgenstern z”l (the Kotzker Rebbe; died 1859) teaches: The angel taught Yosef to always remind himself what he is seeking.

R’ Yitzchak Meir Rotenberg-Alter z”l (1799-1866; first Gerrer Rebbe) elaborates: Surely, it was no small matter for Yosef to make the move from Yaakov Avinu’s Bet Midrash to immorality-filled Egypt! The angel prepared Yosef by telling him that, if he would always remember the goal that is part of his essence, he would eventually find his way back. (Chiddushei Ha’Rim)

R’ Yirmiyah Katz shlita (Rosh Kollel in New York; best known as a Halachic authority on the construction of Mikvaot) explains further: Here, the Torah is giving advice to each Jew, so that he should not become lost in the material world. One must always asks himself, “What am I seeking?” “Why did I come into this world?” This introspection will save a person from wandering away. Without this introspection, on the other hand, a person can easily wile away all of his days in nonsense. (Tiferet L’Moshe: Yahadut p. 20)

“Hashem was with Yosef, and he became a successful man; and he remained in the house of his Egyptian master.” (39:2)

“The prison warden did not scrutinize anything that was in his charge inasmuch as Hashem was with him; and whatever he did Hashem made successful.” (39:23)

R’ Yerachmiel Shulman z”l Hy”d (Menahel Ruchani of the Bet Yosef-Novardok Yeshiva in Pinsk, Poland; killed in the Holocaust) writes: The Torah does not say about any of Yaakov’s sons, except Yosef, that Hashem was with him. Although our Sages teach that “Hashem is with us in our troubles,” we do not sense that because we typically are not conscious of the extent of our troubles, so we do not see how Hashem saves us from them. Only someone like Yosef, who was first enslaved and then thrown into prison, can appreciate that Hashem is with him. (Letter printed at the beginning of Peninei Ha’chochmah)

“But he adamantly refused; he said to his master’s wife, ‘Look! With me here, my master concerns himself about nothing in the house, and whatever he has he placed in my custody’.” (39:8)

R’ Yitzchak of Volozhin z”l (Belarus; died 1849) writes: The Trop / tune for the Torah reading causes the reader to pause after the Hebrew word that means “But he adamantly refused.” This is meant to teach us that the reason Yosef gave Potiphar’s wife for not being seduced by her was not his real reason. His real reason was simply that it would have violated G-d’s will. Any logical explanation that he added was for her benefit alone.

R’ Yitzchak continues: Our Sages teach that no person can withstand the Yetzer Ha’ra unless Hashem helps him. Perhaps what is meant by “Hashem helping him” is that a person who is tempted by sin must look to Hashem and say to himself, “This is not what Hashem wants! End of discussion!” No other argument can reliably stop a person from sinning because one can always make competing logical arguments or find exceptions to justify any behavior.

R’ Yitzchak adds: The same idea is reflected in the teaching, “Do not say, ‘I do not like the taste of pork.’ Rather, he say, ‘I am sure it is delicious, but what can I do? Hashem has prohibited it to me!’” (Mili D’avot 3:1)

Our ancestors, the Generation of the Desert, were redeemed from Egypt with wonders and miracles. They were led through the desert for 40 years on the most amazing journey, during which they were protected in the best possible way. A pillar of cloud by day and a pillar of fire at night showed them the route, and another set of clouds covered them like a Sukkah over their heads. They had Mahn to eat and flowing water to drink. For people on such a level, lacking Bitachon and being afraid to enter Eretz Yisrael because strong nations lived there was the gravest of sins.

In contrast, the average Torah-observant person is expected to live within nature, and the Bitachon that is expected of him is to plant firmly in his Emunah, and clearly in his heart, the knowledge that every single natural “cause” is in Hashem’s direct control, down to the smallest detail. Only because Hashem so desires does nature function as it was programmed to do and, when He wants, nature deviates from its normal course. All healthy and unhealthy foods and all nutrients, etc., are subject to His will and have a positive or negative effect on us only because of His will and with His permission. Thus, sometimes, a good food may be harmful, or vice versa, because that is His desire on that occasion. In this vein, King Shlomo writes (Kohelet 9:11), “Once more I saw under the sun that the race is not won by the swift; nor the battle by the strong, nor does bread come to the wise, riches to the intelligent, nor favor to the learned; but time and death will happen to them all.” King David likewise writes (Tehilim 127:1-2), “Unless Hashem builds the house, its builders labor in vain on it; unless Hashem watches over the city, the watchman keeps vigil in vain. In vain do you rise early and stay up late, you who toil for the bread you eat; He provides as much for His loved ones while they sleep.”

When a Torah-observant person engages in natural means and normal methods to achieve some end or to distance something harmful from himself, he should know that achieving the desired end depends on Hashem’s will and should place His trust in Him. For instance, say our Sages, before one goes in for a medical procedure, he should pray, “May it be Hashem’s will that this procedure succeed”; before performing his job, one should say, “May it be Hashem’s will that the handiwork of my hands be blessed”; and so on. Bitachon also means not working excessively to the point that one neglects his obligation to make Torah study his primary focus. (Ha’maspik L’ovdei Hashem, ch. 8)