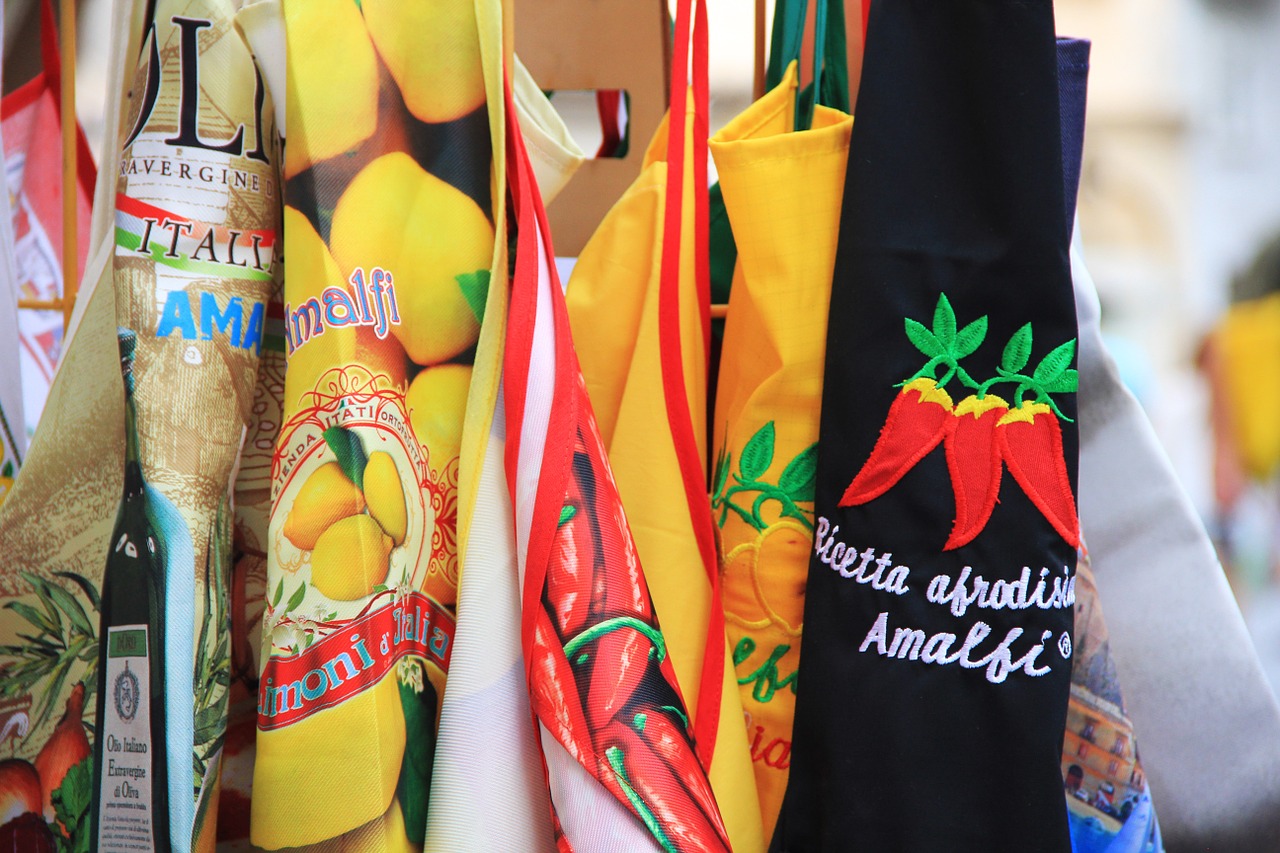 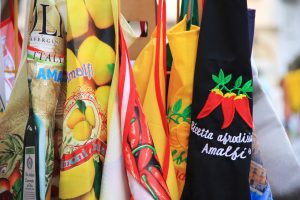 “Avraham made a great feast on the day Yitzchak was weaned” (21:8)

Although Rashi interprets “beyom higamal” as “on the day Yitzchak was weaned”,[1] the Midrash records an opinion which says that it was Yitzchak’s Bar-Mitzva day which was being celebrated.[2] If “beyom higamal” can be translated as both “he was weaned” and “he became Bar-Mitzva”, there should be a connection between the two.

Weaning a child represents the child’s becoming independent. The child is no longer viewed as an appendage of his mother, rather he is his own person. The Midrash is teaching that when a child reaches legal majority, he should be treated as a separate individual, no longer attached to his parents. With the acceptance of the responsibility of mitzvot should come some form of independence.

This explains why we refer to the child as a Bar-Mitzva, utilizing the Aramaic term for “son”, rather than the Hebrew term, which would be “Ben mitzva”. Bar comes from the Aramaic word “bera” which means “outside of” or “separate from”. Ben is derived from the Hebrew word “binyan” which means “building” or “attachment”. A child that undergoes circumcision is known as a Ben-bris because the procedure attaches him to his nation.

Since our children give us a sense of continuity, we often view them as extensions of ourselves. As parents we have to be careful that we do not live vicariously through our children. We have to realize that they are also separate from us and need their own individuality.

“…and G-d remembered Avraham; so He sent Lot from amidst the upheaval when He overturned the cities in which Lot had lived.”(19:30)

The simple interpretation of the verse is that Hashem saved Lot’s life only in the merit of Avraham.[1] Rashi, however, offers the Midrashic interpretation, explaining that Lot merited to be saved as a result of what he did for Avraham; when in Egypt, Lot did not expose the fact that Avraham and Sarah were really married.[2] The Maharal explains that Rashi prefers the Midrashic explanation, for Lot’s relationship to Avraham would not have been sufficient reason for him to be saved.[3] The Midrash seems to be implying that Lot’s actions were of greater consequence than Lot’s relationship to Avraham. The Mizrachi has difficulty with this Midrash, for he points out that even a person’s worst enemy would not divulge information which would lead to his murder. Therefore, why were Lot’s actions considered to be so meritorious?[4]

Generally, we perceive that a person is rewarded commensurate with the effort involved in his actions. While this is true, the Midrash is teaching us that there is a second criteria in determining a person’s worthiness for reward. Hashem focuses on the effects of the actions in question. Although the act itself may not require significant effort, if the consequences resulting from it are far-reaching, one may be entitled to a great reward.

Although Lot’s actions were not significant in and of themselves, they resulted in the preservation of Avraham, thereby giving Lot a share in the formation of Klal Yisroel. It is possible that due to to his involvement, Lot also receives a share in the Monarchy of Yisroel, King David being a descendant of Ruth the Moabite,[5] who in turn descended from Lot.[6] This gives Lot a connection to Mashiach who will stem from the Davidic Dynasty.[7]

Parshas Vayeira showcases Avraham’s attribute of chesed. The Torah gives a detailed account of the manner in which he fulfills the mitzva of inviting guests into one’s home. Since Avraham is defined as the Patriarch of chesed, and the narrative in this week’s parsha is the primary example of this attribute, careful analysis of Avraham’s actions should result in understanding the Torah’s definition of chesed. What must be understood is the exposure given by the Torah, to Lot’s fulfillment of the mitzva of “hachnasas orchim”; why is there a need for such detail?Furthermore, if one contrasts the two stories, Lot appears to be more accommodating to his guests than Avraham was.

Avraham awaits his guests in the confines of his home “He was sitting at the entrance of the tent”[1], and Lot awaits at the gate of the city – “Lot was sitting at the gate of Sodom”.[2] Avraham offers a meal “And I will take a little piece of bread for you to sustain yourselves”[3], while Lot prepares a feast -“And he made for them a feast.”[4] Avraham offers them to rest in the shade of his tree “And recline beneath the tree”[5]. Lot offers them lodging for the night -“Turn about, please, to your servant’s house; spend the night.”[6] Avraham welcomes his guests while still experiencing the pain from his circumcision, while Lot risks his life in order to welcome his guests, for in Sodom offering lodging to non-citizens was a capital offense. If the intention of this parsha is to showcase the chesed of Avraham, why does the Torah depict Lot’s chesed in a manner which seems to overshadow that of Avraham’s?

The act of chesed can make the recipient uncomfortable. No one enjoys being dependent upon another person. How, then, can the benefactor overcome this hurdle? When performing a chesed, one emulates Hashem, for “Olam Chesed Yibaneh” – ” The world was created with chesed”[7]- the world’s existence is a manifestation of Hashem’s attribute of chesed. Therefore, creation offers the key to the appropriate way to perform chesed. Hashem created Adam last in the order of creation. If He would have created Adam first, Hashem would have been emphasizing the chesed which He performed for Adam; Adam would have seen that everything in creation was being created specifically for him. Therefore, Hashem first created the world, with everything that was necessary for Adam’s survival, and only then did He create Adam. In this manner, Hashem minimized the direct assistance he was giving Adam, and therefore, lessened Adam’s feelings of dependency.

Similarly, when we perform a chesed, we must minimize the perception of our role as the benefactor. This allows the recipient to accept the kindness without feeling completely beholden. We should not accentuate the imposition which the guest is causing us, for the less the guest feels we are doing specifically for him, the more comfortable he will be.

Most chesed is not performed with this outlook. We often perform chesed because we find it personally fulfilling to be benefactors. The more we emphasize our role in the act, the greater our satisfaction. This type of chesed is self-serving; it neglects the feelings of the recipient.

It is these two types of chesed which the Torah is contrasting. Avraham performed the chesed which emulates Hashem. Avraham downplayed any imposition which the guests may be causing him, offering only that which already existed, such as shade, bread, etc. (once they become comfortable with the invitation, he upgrades the menu). Consequently, the recipients felt totally comfortable accepting Avraham’s offer.

On the other end of the spectrum, we see from the story line that Lot’s form of chesed was self-serving. When he first offered his guests lodging, they reacted in a manner which would appear to be rude. They said, – “We would rather sleep in the street.”[8] The only possible explanation for their response is that the manner in which Lot offered them his assistance emphasized his magnanimity. This elicited a response which reflected their level of discomfort. Lot made a feast in which he provided his best finery and his fanciest silverware, for this gave him satisfaction. This also explains how it is possible that Lot was willing to offer his daughters in order to protect his guests. For a true baal chesed such behavior would be inconceivable. However, Lot does this because his hospitality reflects his own magnanimity. This is what gives him satisfaction. The verse supports this with a statement of Lot’s beseeching the inhabitants o Sodom not to harm the guests: – “They are under my protection.”[9] Clearly, Lot is only concerned with how his guests’ well being reflects upon him.

The Torah records the chesed of Lot, for it highlights the chesed of Avraham. The important factor in performing acts of kindness is minimizing the discomfort of the recipient. Self-fulfillment should not be the impetus for the performance. of a chesed.