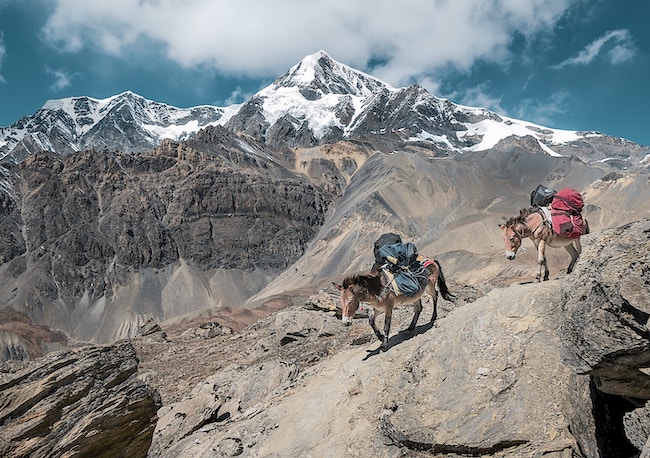 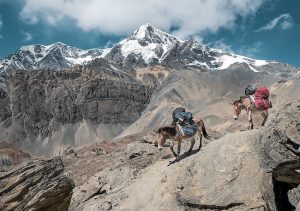 How is it possible for a pompous fool to have the gift of prophecy, to communicate directly with Hashem? This question immediately springs to mind as we read the amazing story of Bilaam in this week’s parshah. Bilaam had immense powers. He could marshal awesome cosmic forces to serve his designs. He could foresee the future all the way to Messianic times. And yet he seems to have been an evil, moneygrubbing buffoon ridiculed by his own donkey. How could this be?

Our Sages tell us that Bilaam did not earn his gift of prophecy through any merit of his own. Rather, it was because Hashem did not want the gentiles to have any excuses for their rejection of the Torah. He did not want them to say, “We are not to blame. The Jewish people had Moses as their prophet, but we had no one.” Therefore, Hashem gave them a prophet of comparable power in the corrupt person of Bilaam.

But the question still remains: True, Bilaam did not attain prophecy because of his fine character and spiritual qualities. Nonetheless, shouldn’t the very experience of communicating with Hashem have wrought fundamental changes in his character? How could he remain such a silly fool after perceiving the grandest prophetic visions?

Furthermore, when Hashem sent the angel to dissuade him from his sinister plans, why was it necessary for the angel to address him through the mouth of his donkey? Why didn’t the angel speak to him directly?

The commentators point out that the word used to describe the initiation of contact between Hashem and Bilaam is almost identical to the word describing the initiation of contact between Hashem and Moses, and yet they are worlds apart. “Vayekar Elokim el Bilaam,” the Torah (23:3) states. “And the Lord chanced upon Bilaam.” It was like a chance encounter, brusque, businesslike, distasteful. Not so with Moses. “Vayikra el Moshe,” the Torah (Leviticus 1:1) declares. “And He called to Moses.” Hashem calls out to him with excitement and awaits him with anticipation, so to speak.

The difference in spelling between the words vayekar and vayikra is one aleph, and in the Torah that aleph appears in reduced size. Here lies the key to the difference between Moses and Bilaam.

It is possible for two people to have the same experience, and yet, one will be deeply affected while the other remains indifferent. Everything depends on the mindset. Moses was the quintessential humble man. The tiny aleph symbolizes the insignificance of his ani, his ego, and this humility and submission to the Creator gave him the receptiveness and clarity of vision to attain true greatness.

Bilaam, on the other hand, was a pompous, arrogant and selfish fool, and this overwhelming self-absorption clouded his vision and stunted his spiritual growth. For all his wondrous prophetic powers, he remained forever a fool. This was the message of the talking donkey. “Do not think your prophetic ability makes you exalted,” Hashem was saying to him. “Behold, your donkey is also speaking, yet he remains forever a donkey.”

A country bumpkin once asked a great sage how to go about meeting Eliyahu Hanavi.

“According to a Kabbalistic teaching,” said the sage, “if you remain silent for forty days you merit meeting the prophet.”

The man clamped his mouth shut, and for the next forty days, to the immense frustration of his family, he went about his everyday business without uttering a word. The forty days passed, however, without any supernatural visitations., and the man complained to the sage.

“And what did you do during these forty days besides being silent?” asked the sage. “Did you study Torah? Did you devote time to prayer and introspection?”

The man squinted at the sage and shook his head. “I did what I always do,” he said.

“Look out there,” said the sage, pointing to the window. “Do you see that donkey? He hasn’t spoken a word for forty days either.”

In our own lives, we all experience moments of unusual transcendence from time to time, moments of intense inspiration that have the power to uplift our souls and effect in us lasting spiritual changes. But it does not happen by itself. If we can find within ourselves the spiritual strength to be receptive, if we can rise above the distractions of our mundane existence and connect with the vast eternal truths of the universe, we can discover a joy and serenity we never thought existed.