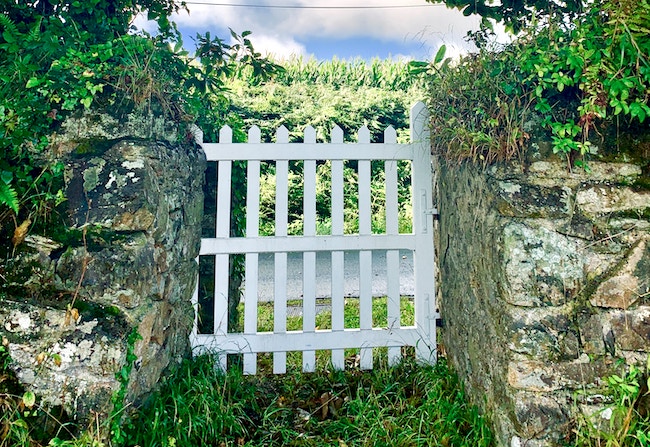 The Gateway to Freedom 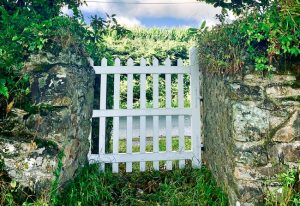 Freedom at last! As this week’s portion opens, the Jewish people, three million strong, march out of Egypt in triumph. The mighty hand of Hashem has smashed the chains that enslaved them, but they are not quite rid of their former taskmasters. They are not yet “out of the woods.” They flee through the desert, pursued by the fearsome chariots of the Egyptians, their minds and hearts churning with fear, hope, faith and the intoxication of their newfound freedom.

The Torah describes in great detail how, by Hashem’s command, the Jewish people wheeled around to face their pursuers, pitching their camp “before Pi Hachiros, between the tower and the sea, in front of Baal Tzephon.” Pi Hachiros was actually an Egyptian city to which they now gave this Hebrew name, meaning “the Gateway to Freedom.” What was this place, and why did they consider it the gateway to freedom? Rashi explains that the city they chose to rename in commemoration of their emancipation was the border city of Pithom.

Pithom! As in “Pithom and Ramses”? How can it be? Earlier, the Torah records that this very city, Pithom, had been built with the backbreaking labor of the enslaved Jewish people. Its soil was soaked with their blood, sweat and tears, its very air full to bursting with the echoes of their groans and cries. If anything, this city was a monument to slavery and oppression. How could the Jewish people view it as “the Gateway to Freedom”?

The commentators explain that the spectacular display of miracles that accompanied the Exodus caused the Jewish people to reevaluate their experiences in Egypt. New thoughts began to germinate in their minds. Surely, the God who was making a mockery of natural law for their sake, the Creator of the heavens and the earth, could not have “forgotten” them. Surely, the God who was now displaying such boundless love for them would not have allowed them to languish for centuries in the misery of Egypt for no purpose. Surely, God’s unseen Presence had been beside them during all their pain and suffering. Unknown to them, He had guided them through the “iron crucible,” as our Sages characterized Egypt, refining them and cleansing them of their baser elements, purifying the core of the people who would stand at Mount Sinai and receive His holy Torah.

Everything they had experienced suddenly had meaning and purpose. In retrospect, the darkest moments of exile were illuminated by their present knowledge. In retrospect, they saw everything as a gateway to freedom. Even the city of Pithom, invested with so much Jewish pain and suffering, became one of the greatest symbols of their ultimate freedom. And thus, they renamed it Pi Hachiros, “the Gateway to Freedom.”

A young orphan was invited to live with his uncle in a distant city. The boy arrived on a stormy winter day, and an old servant asked him to wait in a drafty parlor. Night fell, and his uncle had still not appeared. The boy was given a few hard crusts of bread and some water and shown to a bed which had been prepared for him in a hayloft.

The next morning, he was awakened early and given a long list of difficult chores to do, but by nightfall the boy had still not seen his uncle. For many weeks, the boy was forced to endure the cold, the hunger and the aching muscles in his back.

One day, the uncle summoned the boy. With tears in his eyes, he hugged his nephew and kissed him.

“You must be wondering why I have put you through all this,” he said. “I will explain it to you. Tomorrow, I am leaving this place and traveling to the Holy Land, and I am taking you with me. It is going to be a very difficult journey. You may have to endure all sorts of hardship, and you must be prepared. These last few weeks have toughened you. They have given you the strength to complete the journey that lies ahead of you.”

In the journeys of our own lives, we all have our difficult stretches, times of pain, suffering and sorrow, our daily adversities and challenges. Sometimes, we may find it takes all our energies just to cope with what life throws at us, and we cannot even begin to think about living inspired and seeking personal growth. But if we realize God is with us always, that He never “forgets” us, we can look beyond the frustrations of the moment. We can draw strength from the thought that one day we will look back on these times with the wisdom of hindsight and see them as the gateways to our freedom. Text Copyright © 2008 by Rabbi Naftali Reich and Torah.org.