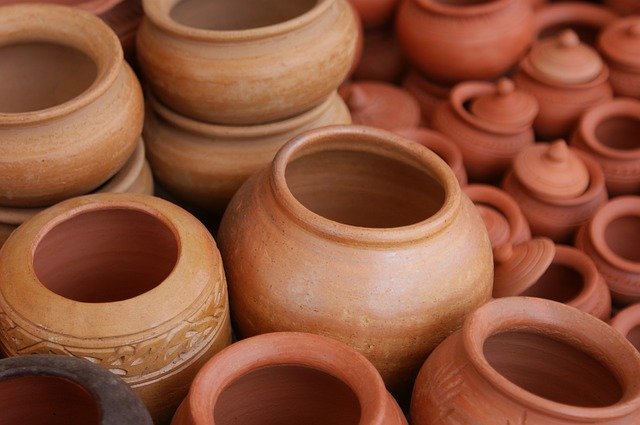 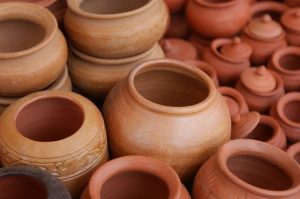 To go back or not to go back, that was Jacob’s question. Whether ’tis better to risk the slings and arrows of outrageous fortune for the few small jugs he had left behind or whether it was simply not worth it. If Jacob had asked any of us we would surely have told him to forget about the jugs. But Jacob followed his own counsel, and he went back.

As we read in this week’s Torah portion, terror reigned in Jacob’s encampment. The passage of thirty years had not cooled off Esau’s blood, and now, he was advancing rapidly with an army of four hundred fearsome warriors. In the middle of the night, Jacob spirited his family across the Yabbok Creek, but then he mysteriously returned. Why? The Sages tell us he came back for some small jugs that were left behind. But was this wise? Should he have taken such a risk for some small jugs?

The commentators explain that by this very act Jacob demonstrated his relationship to the material world around him.

A material person views himself as the master of his possessions. In his opinion, it is up to him to decide what is important and what can be discarded. He follows one measure and one measure only, his own needs. A material person’s needs are the focus of his life. Therefore, the more an object caters to his needs, the higher its value.

A spiritual person, however, has a completely different view of the world. His life is directed towards serving Hashem, and he knows that his own material needs are not significant in their own right. He recognizes that his possessions were given to him by Hashem to enable him to fulfill his purpose in life, but he does not presume to know exactly how that will be accomplished. Therefore, he cannot put a value on any material thing. All he knows is that if Hashem gave it to him it is important, no matter how large, no matter how small. Jacob saw his possessions as instruments entrusted to him by Hashem, and thus, they were all of equal value and equal significance.

A general was sitting on the veranda overlooking a river and writing his reports. After a while, he grew tired. He put down his pen and sat back to watch the flowing waters. Suddenly, his pen fell off the table and rolled across the floor, over the edge and into the river.

A young lieutenant lunged for the rolling pen, but the general stopped him.

“Don’t exert yourself, my young friend,” he said. “It’s not important. It is not an expensive pen, and I have plenty more of them.”

The general extracted another pen from his pocket and began to write. An hour later, he stopped to rest once again, and once again, his pen rolled off the table. This time, however, the general jumped off his seat and scrambled after the pen. He caught it just before it rolled off the veranda into the river, and he breathed a long sigh of relief.

“I don’t understand, sir,” said the lieutenant. “This pen is exactly like the one for which you told me not to exert myself. It is a very unremarkable pen, and you have plenty of them. Why then did you make such an effort to keep this pen?”

“You are quite right,” said the general. “But you see this particular pen was given to me by the king, and therefore it is very special to me. You cannot measure its value in the same way you would measure the others.”

In our own lives, we may sometimes need to step back and realign our value system, to reaffirm in our own minds that only spiritual gifts have real and lasting value and that everything else is but a tool and an instrument. We cannot allow ourselves to lose sight of our transcendent goals and devote our lives to collecting instruments. Think about it. What will we be left with in the end? A large collection of instruments but nothing accomplished. Rather, we should view our material possessions as instruments that give us the freedom and the ability to pursue and achieve our lasting spiritual goals. Text Copyright © 2009 by Rabbi Naftali Reich and Torah.org.