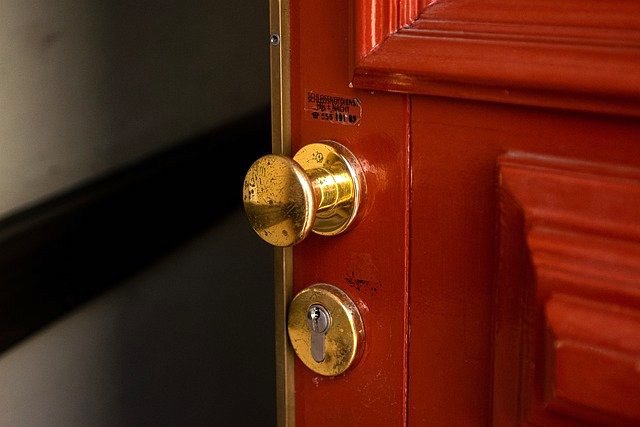 Behind the Open Door 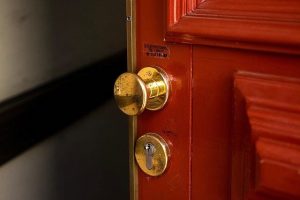 Two vivid images of hospitable men emerge from the blistering pages of this week’s parshah. In the first episode, the venerable Abraham, recuperating from his recent circumcision, prepares a lavish welcome on a mercilessly hot day for three dust-covered travelers who happen to pass by his home.

Later on, these same travelers – actually angels in disguise – continue on to the Sodom, which they are about to incinerate in divine retribution for the thorough degeneracy of its people. In Sodom, the travelers are welcomed by Lot, Abraham’s nephew, who invites them into his home. The people of Sodom, who are philosophically opposed to hospitality, are enraged, and Lot risks his life to defend his guests.

Nevertheless, although Lot’s hospitality was apparently more important to him than life itself, we are never told to look upon Lot as a shining example of a kind and hospitable person. Abraham, who did not risk his life, is our role model, our paragon of virtue, not Lot. Why is this so?

Let us take a closer look at this man Lot, a man so devoted to kindness and hospitality that he is ready to defy all his neighbors in Sodom. But wait! Sodom? How could a man of such high principles choose to live in a thoroughly degenerate city like Sodom?

Here lies the key to Lot’s character. Lot had spent many years in the household of his uncle Abraham. He had seen Abraham’s way of life, his outstanding kindness, his legendary hospitality, his purity of character, and he had seen how these qualities had earned Abraham enormous stature and prestige. When he arranged his own way of life, Lot instinctively imitated the patterns of Abraham’s life. Abraham had been kind, so he was kind. Abraham had been hospitable, so he was hospitable. These became the pattern of his existence to the point that he knew no other.

But it was all superficial. Lot’s kindness did not stem from deep conviction or profound empathy with other people. All his acts of kindness were mechanical, the products of habit. To have acted otherwise would have been disrupted the equilibrium of his life. Underneath lay the true Lot, the greedy, self-centered man intent on gratification and insensitive to the needs of others. When he had to choose a place to live, this subterranean side of Lot’s character made sure he would settle in a place suitable to his true character. That he chose Sodom, the ultimate in greed and selfishness, reveals to us the nature of his true character.

Nevertheless, even in Sodom, the old habits persisted, and Lot continued to go through the motions of hospitality – even at the risk of his life. It is a well-known psychological phenomenon that people are often willing to risk death rather than disrupt the familiar patterns of their existence. Lot was such a person. He was a creature of habit, albeit good habits, not a man of principle.

The difference between Abraham and Lot manifested itself in their descendants. Abraham was the essence of kindness, and therefore, this trait was passed down to his descendants for all time, even to this very day. Lot’s kindness, however, was only superficial, and his descendants, the ungrateful nations of Ammon and Moab, manifested his true nature.

The Talmud (Taanis 5b) relates that Rabbi Nachman once asked Rabbi Yitzchak for a blessing.

“Let me tell you a parable,” Rabbi Yitzchak replied. “A man was once traveling through the desert. Hungry, tired and thirsty, he arrived at an oasis where he found a fruit-laden tree and a stream of water beside it. He ate the fruit, drank the water and rested in the shade of the tree. Refreshed, he rose to go. But first, he wanted to bless this wonderful tree.

“So is it with you, Rabbi Nachman,’ he concluded. `You have Torah, wealth and sons. All I can say is, may it be the Will of Hashem that your sons should be just like you.'”

The commentators wonder: Was Rabbi Nachman so totally blessed that he had no room for additional blessings for himself? Was there nothing left to do but bless his children?

In our own lives, we must ask ourselves if our values and the patterns of our lives are only mechanical habits, or if they are the products of our convictions and genuine sensitivities. We must remember that the children of Lot did not emulate what he did. They emulated what he was. If we want our children to follow in our footsteps, we must be like Abraham – what we do and what we are must be one and the same. Text Copyright © 2010 by Rabbi Naftali Reich and Torah.org.