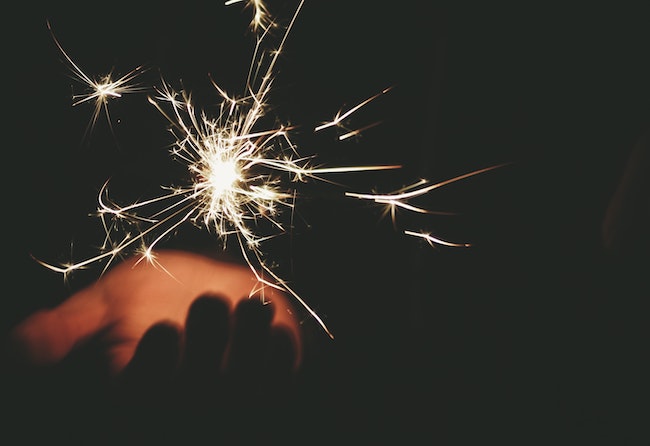 The Spark that is the Key to Jewish Endurance 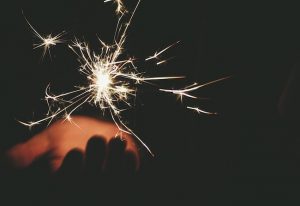 A merchant once entered the marketplace, his camels loaded high with flax to sell. A blacksmith noticed the spectacle of tall, cumbersome loads of flax, and wondered aloud, “Where will all that flax go?!” A clever fellow answered him, “What’s the problem? One blow of your bellow could send a spark onto all that flax, and burn it until nothing is left!” (Midrash BR 84:5)

Last week’s Torah portion concluded with a lengthy accounting of Esau’s descendants, consisting of many prominent families and nations. Jacob, with his 12 sons, was just beginning to establish the Jewish nation, and Jacob felt intimidated by the growing dominance of his brother Esau. Like the blacksmith, he wondered, what will happen to this little nation of Jews, when they are threatened by oppressors and influences from mighty kingdoms? Just as a small town would appear too small to consume massive piles of flax, the Jewish people would be no match for the overwhelming pressure they would face among the kingdoms of Esau.

The answer, says the Midrash, is “These are the descendants of Jacob, Joseph… (Gen. 37:2)” Joseph, who faithfully kept to the moral values of his father’s house, and overcame tremendous challenges (as recorded in this week’s portion), would be the key to survival through the generations. “The house of Jacob will be the fire, the house of Joseph the flame, and the house of Esau the straw (Ovadiah 1).” A spark will come from Joseph that will burn up any threat. (See Rashi Gen. 37:1)

Chanukah marks the Jewish victory over the Greeks. The threat from Greece was not so much a threat to Jewish lives, but a threat to the lifeblood of the Jewish nation: G-d’s Torah. All the decrees against the Jewish people were designed to erase Torah study and Mitzvah observance. If successful, the Jews would assimilate and lose all identity. How could this little Jewish nation possibly face the world power of Greece and Greek culture? Inspired by the steadfast strength of Joseph, Judah Maccabee, his brothers, and all those who would stand for G-d’s Torah and service, bravely dared to oppose the Greeks. G-d was impressed by their intense faith, and gave them a miraculous victory over the Greek armies, restoring their liberty to practice and study G-d’s Torah. The light of the Torah, that spark of their ancestors, burned up the threat of the most dominant culture.

This Chanukah, let’s remember the sacrifice of our faithful ancestors, and G-d’s hand that guided us to victory. The miracle of the oil made it clear for all generations that G-d defends those faithful to Torah, and its eternal flames will always give us the strength to continue in our devoted service of the Al-mighty.