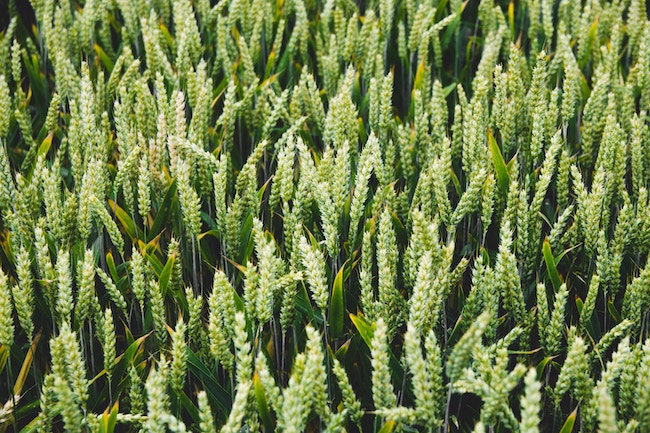 When Wheat Grew on Trees 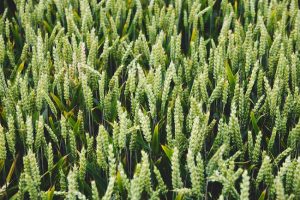 One of the few “givens” about the accepted schedule of Torah readings is that our parshah – that of the tochechah – should be read shortly before Shavuos.[2] Most people think that we do this in order to get the “bad stuff” out of the way before the day that is also the Rosh Hashanah for fruit trees. There is more to it, however, than that.

Wheat is linked to comprehension. When a child is weaned from milk and begins to eat wheat products, he reaches the age, according to the gemara[3], that he can correctly call, “Abba! Ima!/ Father! Mother.” This ability, like everything important in Man’s life, is sourced in something much more significant. The spiritual root of our ability to call on a human parent is our capacity to recognize our heavenly Father, as well as recognizing His relationship with Knesses Yisrael.

This may seem surprising to you. Is there a need to speak of “as well as?” How can there be a need to call to anything besides Hashem? If there could be such a need, is it healthy? Isn’t it theologically dangerous to speak about something else besides Him in the same breath as recognizing Him?

The answer, it turns out, can be found in our earliest history in Gan Eden. The Etz HaDaas, according to one opinion of Chazal, was the wheat tree. Unlike the wheat that we know today that needs to be replanted each year, a tree is a perennial. Once planted, it never needs replanting for its entire life. In the more perfect world before Adam’s sin, wheat behaved like a tree. Adam found it already planted, watered, cared for by G-d. Man did not have to toil to enjoy it. In fact, his avodah was specifically in its consumption. Man ate in Gan Eden not to survive or satiate himself, but to “feed” all of existence through nurturing the spiritual worlds.

Moreover, the primordial wheat plant was two-faced. It reflected two realities: that of Hashem as the source of all existence, and that of Knesses Yisrael, as the only vehicle that could bring the revelation of that existence to the created world. Those two are the real Father and mother, and both were knowable through that Tree of Knowledge.

A subtle danger lurked in this pairing, namely the appearance of duality! Leaving “room” for the necessity of something other than Hashem Himself creates the possibility of evil. If Knesses Yisrael was somehow “necessary” to bring about universal knowledge of His existence, then perhaps it would be possible to see other things as “necessary.” Maybe “necessariness” can coexist with Hashem’s reality. Perhaps it would be possible to posit the existence of Hashem, and still see everything around us as necessitated by laws of Nature or chance, which somehow are compatible with Him. Such necessity would obliterate human free choice and human accountability. (Chazal would call this the worst kind of transgression: recognizing Hashem’s existence, and still rebelling against His expressed will!)

Still, the fundamental necessity of a Knesses Yisrael is a fact. The solution to the enigma lies within the fuller meaning of Shabbos being the zivug, the completing spouse, of Knesses Yisrael. Had Adam waited until Shabbos to eat from the Etz HaDaas, the fuller revelation of kedushas Yisrael would have made it obvious that its selection was “necessary” only because of His will. Only because of the particular design for Creation that He chose is Knesses Yisrael so crucial. There is no necessity in the Universe that competes with that of HKBH.

Had Adam waited, the fuller illumination of the Oneness of Hashem would have stripped the Tree of Knowledge of its component of evil. Because of Adam’s sin, that first Shabbos did not pack all of its intended punch. Room was left for an insidious evil to exist. Thus, eating wheat, which should have brought with it enhanced knowledge of our heavenly Father, is linked only to a baby recognizing its earthly parents.

The tikun of this tragedy occurs only by our recognizing through our own efforts of our heavenly Parent, and integrating our own identity with His. That is part of the function of Shavuos, when the mandated offering of the two loaves of bread expresses the identity of Hashem and His people, as if they were two sides of a coin. Wheat, thereby, returns – at least in spirit – to its earlier identity as a tree on the Rosh Hashanah for trees.

The gemara[4] records the reactions of the avos when informed by HKBH that He was ready to unleash a churban because of the sins of their descendants. Both Avraham and Yaakov begrudgingly concede that the verdict was just. “Let them be blotted out for the kedushah of Your name.” Only Yitzchok entered into a successful negotiation with Hashem, that minimized the time they spent in actual rebellion, and offering to split their indebtedness between himself and Hashem.

While Yitzchok seems to be the hero of the passage, the position of Avraham and Yaakov should not be dismissed. Essentially, they argued that the mission of the Jewish people is kiddush Hashem. If they failed to fulfill it through Torah living, they could at least do so by dying for kiddush Hashem – which occurs when the world can see that His demands are meant to be treated as law, and that the law treats all the same. At the core of every Jew is a willingness to serve as a vehicle for kiddush Hashem – even by dying, if necessary. Thus, they would fulfill their mission, even if only in death.

Moreover, implicit in the position of Avraham and Yaakov was an unstated request for the opposite of what they said! While it is true that the death of the guilty can be a kiddush Hashem, this is true only when the non-Jewish observers draw a line between the transgression and the punishment. This occurs, however, only when there are many living Jews who can serve as a conduit of G-d awareness. Absent those Jews, the reaction of the world is one of cynical derision: “Where is their G-d?” They do not react the way they should, which is “For what reason did Hashem do so to this Land,”…And they will say, ‘Because they forsook Hashem’s covenant…’”[5]

The punishment of some Jews can only create a kiddush Hashem when the many are left alive! This is the meaning as well of Hashem’s guarantee at the end of the tochechah that “Despite all of this, while they are in the land of their enemies…I will not have rejected them.”[6] The Jewish people continue with their mission even in exile – but it can succeed only if Hashem does not reject them, and continues to stand by them. Therefore, the argument of Avraham and Yaakov was really an attempt to spare the community.

All of this is included in the observation of the Zohar that the process of redemption from exile only began on Pesach, but was fully achieved on Shavuos.[7] The redemption is completed only when the oneness between Knesses Yisrael and HKBH is established, and when wheat returns to its former role as a tree.