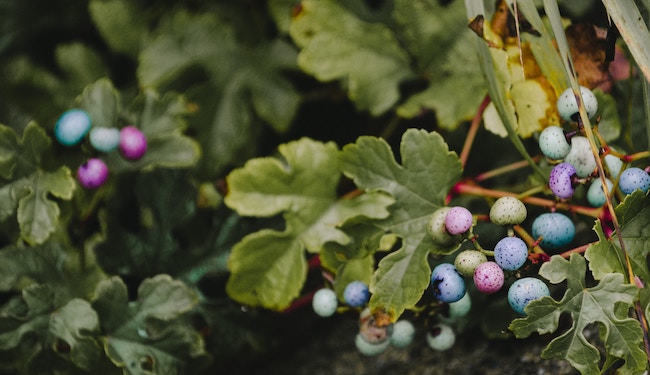 Chavah and the Captive Woman 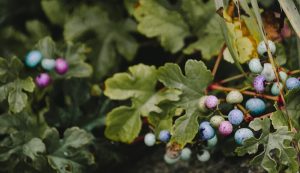 You will seem among the captives a beautiful woman, and you will desire her. You may take her to yourself for a wife.[2]

It’s all so…practical! As Chazal say,[3] the Torah here addresses the reality of the strength of the yetzer hora. If it doesn’t find a way to permit the woman, the consequences will be worse. Too many soldiers will simply not be able to control their passions, and they will permit themselves disastrous license. Better to permit the captive woman – albeit with many restrictions that will allow many of the men to escape momentary peaks of desire – than to take a chance on descending into moral chaos.

Hard to argue with such down-to-earth reasoning. Hard – but not impossible. Are there no other ways in which the Torah could have quieted the lusts of the soldiers? This is so out of character for a Torah that demands our self-control. Surely, some other consideration must be at work!

Our answer starts about as far back as we can go: the Garden of Eden. There, Adam and Chavah sinned. Nothing has been the same since. Their sin is the source of all sin. (“You shall hang him on a tree.”[4] The manifest meaning of this is that the body of someone executed by the beis din must be hanged on a tree to display his punishment. “V’salisa,” however, also means “you shall attribute.” You can take all of Man’s sins and failures, and blame them on that Tree of Knowledge.)

R. Yosef was uncertain:[5] Who is greater? One who is commanded and practices, or one who practices despite not being commanded? The gemara’s conclusion is that the former is superior to the latter. The reason is that the two types of action come from very different places.

The person who acts without being commanded must find his/her motivation inside them. They feel a spark of inspiration within. They nurture it, and fan it into a powerful flame, and through it discover some new way to serve Hashem.

While this sounds admirable, there is baggage that comes along. Any inspiration that comes from within is likely to also lead to ego-inflation, to a heightened appreciation of one’s own importance. Any amount of ego-involvement, no matter how small, means bolstering the sense of self, at the expense of understanding that there is nothing else that exists other than He. Any enthusiasm, however positive, is still experienced by an autonomous “self,” and therefore competes with the exclusivity of Hashem. Moving away from an appreciation of what and Who Hashem is – really detaching himself in some small sense – can compromise some of the purity of his emunah in the process.

The alternative does not immediately seem so attractive either. One who acts solely because of the demand of the Law sometimes does so without the manifest enthusiasm shown by the self-starter. This absence of enthusiasm can result from the complete submission of self to the Divine Will, which expresses itself in a heavenly light that becomes his one and only beacon. His response is so regular, however, that there is no room for the “high” of the enthusiasm that comes from something new and irregular.

Chavah sought to have the best of both worlds. She attempted to take a commanded mitzvah, and bring to it the enthusiasm possible from the non-commanded. She added on to it, in effect creating a layer of the non-commanded. She did this in her conversation with the Primordial Serpent by including details in G-d’s commandment that He had not uttered. “G-d said: ‘You shall neither eat of it, nor touch it.’”[6] In fact, Hashem had not forbidden touching the tree. This was her own contribution, uttered with joy and enthusiasm. But it was her own ego’s enthusiasm. She moved ever-so-slightly away from perfect connection to His Will, and left room for transgression. Which is precisely what happened next.

What is the tikkun for such a sequence of events? The sin occurred because of a misapplication of the non-commanded; this is where the tikkun resides. It should come from a realm where, in general, it is non-commandment that predominates. Contrary to our expectations, then, the tikkun will not come primarily from the active realm, where commandment generally specifies our actions. It will come from the passive realm. In areas of reshus – that which is neither commanded nor proscribed – we will find the tikkun of the first sin, by curbing our appetites on our own.

This is where the yefas to’ar fits in. The Torah deliberately does not legislate a prohibition. It grants a license for some very unusual behavior. However, it also juxtaposes her story to that of the rebellious son, i.e., it points to what the consequences of utilizing that license can be. It asks the individual to understand on his own that not every license leads to positive results. He should be astute enough to police his own conduct when the Torah does not do so explicitly.

Hopefully, he will follow the impulse to sit it out, rather than participate. In doing so, he brings Chavah’s intention to a different conclusion.