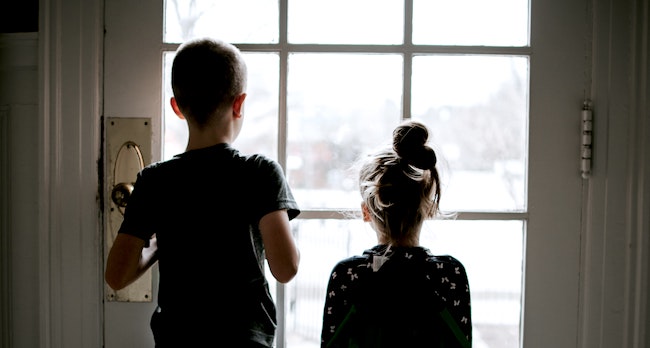 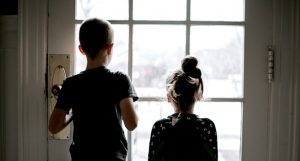 Hashem spoke to Moshe…on the first of the second month…saying, “Take a census of the entire assembly of the Bnei Yisrael.”[2]

Koheles writes, “He who obeys/guards/observes the mitzvah will know no evil.”[3] Which of those possible translations of shomer is the best fit for the pasuk?

I believe that shomer should be understood in the sense of eagerly anticipating, in the same sense that Yaakov anticipated the fulfillment of Yosef’s dreams,[4] while his brothers rejected them and despised him for them. For this reason, when the Torah tells us in several places u-shemartem v-asisem, Rashi sees the first verb as instructing us to diligently study the laws of what we are commanded to do. This is a form of anticipation of the future arrival of the mitzvah. We look towards its future performance, and want to be maximally prepared when it arrives.

Certain mitzvos cannot be done prior to a given time. It is proper for a person to anticipate those mitzvos by waiting eagerly for that mitzvah to appear on the calendar or the daily schedule. While he expectantly waits, he is considered an osek b’mitzvah/involved with a mitzvah, even though he objectively performs no mitzvah deed as he waits.

It goes without saying that when the time to perform a mitzvah does arrive, the mitzvah ought to be performed without delay. (We should protest the practice of many to delay davening maariv until well into the night. This is wrong. People should daven maariv as close to sunset as permissible.)

A halacha concerning korbanos demonstrates how the Torah values the speedy performance of a mitzvah. The emurim/specified parts of Temple offerings may be burned on the altar during the night following the day that they are brought. Those belonging to the offerings of Shabbos can legally be placed on the altar after Shabbos ends, without overriding the usual prohibition of burning on Shabbos. Yet, halacha allows for those portions to be burned on Shabbos itself, and does not demand waiting till after it ends. The Torah values the performance of a mitzvah at the first opportunity!

In our parshah, Moshe is instructed to take a count of the Bnei Yisrael – no small task. He delays not at all. Not in the slightest. “They gathered together the entire assembly on the first of the second month.”[5] He conducts the census that very day!

There is still more to say regarding Rashi’s identifying the shemirah here as diligent study. Oftentimes, that study is the only way we can demonstrate our eager anticipation of a mitzvah. Take the study of the avodah in the beis hamikdosh. A person might throw himself into such study for less than stellar reasons. He might do so in order to best a colleague in halachic jousting. Or, he might fear that someone will ask him a question, and he will suffer embarrassment if he does not have the answer. But he might study for better reasons. He might learn so that when the beis hamikdosh will be restored he will know what to do, ensuring that the various mitzvos will be performed without delay. If he does so, we can say that he is doing a shemirah on the avodah, by anticipating its return. Since we have no way today of implementing the mitzvos connected with the avodah, study is the only way that we can do this shemirah.

The value of Torah study is reflected subtly in other places in our parshah. The “excess” first-born – those who exceeded the number of leviim – had to redeem themselves with five shekels.[6] That amount derives from the erech-value attached to a male child between the ages of one month and five years.[7] The Torah chose this value, rather than the higher erech-values of 20 and 50 shekels, because it represents an age of greatest vulnerability, or the least claim on life. That is because the child doesn’t engage in anything meaningful to earn his own merit. Starting from age five, the child begins to study Torah – which is the most sublime form of avodah!

The Torah juxtaposes to this the redemption of the first-born donkey, and the breaking of the neck of those that are not redeemed. It hints with this that starting when a child reaches the age of five, he carries his own weight through Torah study. He can do this directly, by studying himself. If he is unable to, he can assist Torah study by making his efforts or capital available to talmidei chachamim. But if he does none of the above, he is essentially a donkey who walks upright. Moreover, he is a donkey who deserves to die!

From the time that the Torah substituted the leviim for the first-born, they became surrogates for all of us. By giving them maaser, we contract them to perform the avodah, and to ratchet-up their Torah study on our behalf. With the destruction of the beis hamikdosh, there is no longer an avodah in the Temple, and the previous relationship no longer applies. We don’t require anyone do perform the avodah for us. All that remains is Torah study – which now is even more important than before, as the only remnant of a better day. The Torah scholar now replaces the levi. He is the sheep that redeems the donkeys who do not produce spiritually what they should through Torah study.

Those who assist the talmid chacham are considered as if they learned themselves. This is an important principle – that those who cause something positive to happen – those who support an endeavor – are considered as if they performed it themselves. The Torah provides an early hint to this. “Fruit trees that make fruit.”[8] We can unpack this cryptic phrase thusly: There are many, many trees that do not themselves bear fruit. Yet, they assist in the process of getting that fruit to our tables. These barren trees provide the lumber to make the ladders and fences and crates that help the fruit fulfill their purpose of enhancing our meals. The trees that “make fruit,” i.e. that enable the fruit of other trees to act according to their design, even though they do not directly bear fruit themselves, should also be called “fruit trees.”