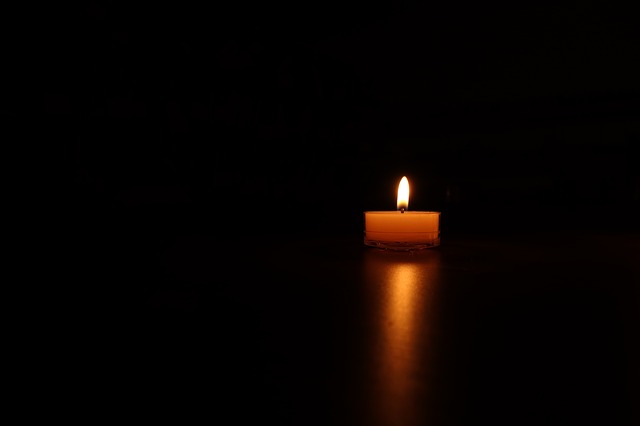 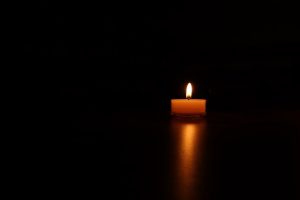 Rachel and Chaya stood at the door of their neighbour’s home. The two sisters had come to visit the Brickstein shiva house, and they were a little nervous before entering.

Rachel said to her sister, “I feel a little weird visiting the Brickstein family while they’re sitting shiva for their grandmother. I never met the grandmother even once!”

Chaya often felt strange at shiva houses as well, but she knew that it was an important mitzvah. “I know what you mean. I especially feel uncomfortable with the part where we can’t talk to the mourners until they start talking first. It’s really awkward!”

Rachel sighed, “I forgot about that…I think it’s a really odd custom. I’m going to say ‘hello’ when I see them, it looks very rude otherwise.”

“No, it’s a real rule, we have to keep it. We’re supposed to be serious and silent until spoken to” answered Chaya.

Rachel objected. “I think the mourners are supposed to be serious, not the guests. Shouldn’t we be polite and friendly? When we see a teacher or an adult that we know somewhere, we greet them! It would be so rude if we didn’t! Shouldn’t we be doing the same in this case?”

A: This week’s parsha tells us of the tragic death of Nadav and Avihu, two of Aharon’s children. When, G-d forbid, someone dies, there are important laws that the family members must keep.

Q: How do you think that people want to be comforted when they have suffered a major loss?

A: (Parents: There is obviously no universal answer to this question. Often, it is human nature to comfort people by trying to minimize their loss, or attempting to troubleshoot their problems. Such tactics usually fail because, more often than not, people simply wish to feel understood. The most effective way to provide comfort is to demonstrate to the person that you appreciate their loss and share in their sadness.)

Q: Should the girls speak to the mourners in the Brickstein family or should they wait to be spoken to first?

A: How did Aharon react when Moshe told him that his two sons had died? He was silent (Vayikra 10:3). This is very typical of the way that a person behaves when they suffer a horrible loss, and the chachamim learn from Aharon that silence is fitting for a mourner. Interestingly, however, we are also taught that people who attempt to comfort a mourner should be silent. When visitors to a shiva house sit in silence, they are able to experience a bit of the sadness that the mourners are experiencing. This makes the mourners feel more understood and it gives them comfort (Chamisha Chumshei Torah Im Medresh Halacha, Vayikra 10:3). Therefore, the halacha is truly that we are not allowed to speak to a mourner until they speak to us (Shulchan Aruch, Yoreh De’ah 376:1).

Q: What if the mourner looks uncomfortable with the silence?

A: The Pe’er Ha’Dor (Vol. 4, Chap. 25) writes that the Chazon Ish sometimes used to open discussion with mourners, where he saw that the silence caused them discomfort. Rabbi Moshe Sternbuch (Teshuvos Ve’Hanhagos Vol. 3, no. 376) explains that we are silent upon entering for the benefit of the mourner, to allow him solitude, but where he is uncomfortable one can initiate a discussion with him, particularly if it is about the merits of the deceased. He adds that the principle of silence refers mainly to giving the mourner Shalom (based on Rashi, Mo’ed Katan 15a), and not to initiating discussion about an appropriate matter.

Back to our story

The girls entered the Brickstein’s home, and made their way to the living room, where the mourners were sitting. They sat down and, despite their temptations to speak, they remained silent. After what felt like an eternity, but was only several seconds, Mrs. Brickstein began to talk. “Hello Rachel and Chaya. Thank you for taking the time to pay us a visit. It’s very comforting to have you both here”. Rachel thought to herself how interesting it was that Mrs. Brickstein felt comforted even though they had not said a word.

She finally understood the value of her silence.