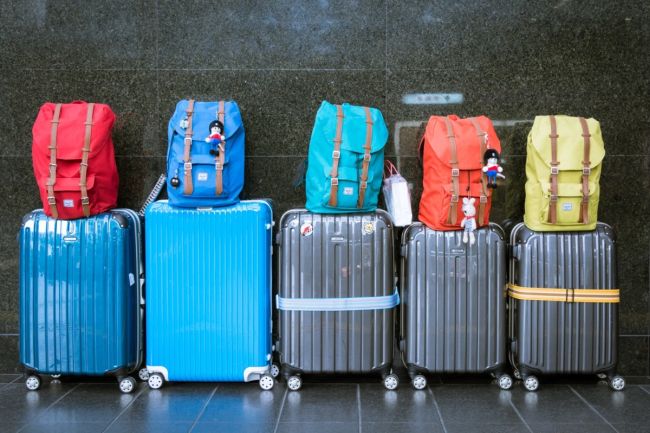 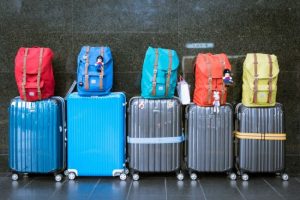 This weeks parsha, Ki Savo, begins with the mitzva of Bikurim – the first fruits. “And it will be when you come to the land that Hashem has given you… V’lakachta meiReishis – And you will take from the first fruits, place them in a basket and bring them to the place that Hashem has chosen to rest His name. And you will go to the Kohen… And he will take the basket and place it before the altar… And you will say, ‘The Aramite – the deceiver- (Lavan) tried to destroy my father (Yaakov Avinu) [and others subsequently tried to destroy us] and we went down to Mitzrayim… And became a great nation. And they afflicted us… And we called to Hashem… And He heard our voices… And He took us out of Mitzrayim… And He brought us to this place, and He gave us this land, flowing with milk and honey. And now, I have brought the first fruits of the land that Hashem has given to me.’ He will place it before Hashem and he will bow down before Hashem. And you shall be happy with all of the good that Hashem has given you. (26:1-11)”

At the very start of the Torah, Rashi offered an additional explanation for the words “BeReishis barah” (in the beginning of creation). “Be” – in the merit of, “reishis” – the Bikurim – the first fruits – that are called reishis, “barah” – Hashem created the world! What is the unique aspect of Bikurim for which the world was created?

There are certain events which occur in life which we see as the clearly revealed Hand of Hashem. Whether it is His graceful gift or His stinging disapproval, we know why it’s happening and we’re very clear of the return address of the sender. Our job in this world is to pierce the illusion of ‘nature’ and to see the Hand of Hashem in all that occurs. The Hebrew word for world – olam – means hidden. The very definition of this world is the place wherein Hashem hides Himself.

Let’s imagine for a moment the situation of the farmer. From sunrise to sunset he toils in his field. There is the preparation of the field: building the water supply system, removal of any rocks, plowing, fertilizing, all before the actual planting even begins. Then there is the seeding and all of the care and supervision that is necessary to maintain and guarantee the healthy growth of those plants. Finally, months of long arduous days later, he harvests those fruits and then begins the process of preparing those fruits for sale. Hundreds, if not thousands, of man-hours went into the growth of those fruits. My sweat… My toil… My fruits…

“A person goes to his field, sees the first fruit blossoming”, imagine the pride and joy experienced upon seeing the literal fruits of ones labor, “ties a band around it as an indicator and says, ‘this is Bikurim’. (Rashi 26:1)” All that I have, Hashem, comes from you. With all of my sweat and toil, anything and everything that results is a gift from you. My sweat… My toil… Your fruits granted as a gift to me.

I bring these fruits to your altar and I present them to you. Thank you. I’m not just acknowledging that You created the heavens and the earth; I’m recognizing that everything that transpires in this world is only through Your direct intervention. I recognize that nature is simply miracles that we have grown accustomed to. I see through the twisted illusion of the olam – the world- the hidden. Bereishis! The world was created for the Bikurim – the reishis – the first fruits and the mind set that accompanies them. The world was created to allow us the free-will choice of seeing Hashem’s hidden hand in all that happens. The world was created for the people who understand the world.

The Ohr HaChaim writes that, on a deeper level, this is alluding to a very different passage. “When you come to the land that Hashem has given you” – when you come to olam habah (the world to come), the world that is given to you, because we can never actually earn and deserve its pleasures. “V’lakachta meiReishis” – you will take with you the chosen acts of this world; the mitzvos, the Torah and the acts of kindness, the only baggage allowed on this trip, “and bring them to the place that Hashem has chosen to rest His name”. You will plead your defence for errors made during your lifetime. You will say, ‘The Aramite – the deceiver – the yetzer harah (the evil inclination) – tried to destroy my Father’ ” – tried to convince us during our lifetime that there is no Father in Heaven. “We went down to Mitzrayim” – we entered the physical body with all of its desires, “and they afflicted us” – we were affected and ultimately identified with the wants of the body. “And we called out to Hashem” – we pray that Hashem should help us overcome these desires and do that which we know is right. “And He heard our voices and took us out of Mitzrayim” – He gave us the ability to overcome the yetzer harah, “with a yad chazakah” – a strong Hand – the Torah, “an outstretched arm” – the t’filin of the arm, “an awe inspiring appearance” – the t’filin of the head, “with signs” – the tzitzis, “and with wonders” – the mezuza. “And He brought us to this place” – we reached olam habah, “And he will bow down before Hashem” – the soul of the tzaddik draws close to Hashem, without any separation, and bows down as it recognizes its source and its master. “And you shall rejoice with all of the good” – with the epitome of good, with the unity with the very essence of good, with Hashem Himself.

Our parsha also contains the tochacha, the national calamities that will befall us if we don’t maintain the standards for which we and the world were created. The harsh, disciplining hand of our loving Father. We, who have not experienced the galus in its bitter fury, have no grasp of the difficult test that it presents. We can certainly not pass judgment on someone who did experience it and still suffers. However, in order to give a glimpse of how some have handled it, I will relate an incident that I experienced last week.

To give a little bit of a background, I used to live beneath an elderly European couple. My children often asked about the numbers stamped on their arms. He had been married with children at the start of the war. By the time he was liberated, he was alone, looking to start his life anew. He met a woman who had also been liberated from the camps (Auschvitz) and they married. They moved to Eretz Yisroel before the State was declared. Their ‘new immigrants benefits’ differed drastically from that which we have grown accustomed to. They worked draining swamps and trying to make the land inhabitable until he was called upon to fight in the War of Independence. After the war, they settled down and were blessed with two children, a son and a daughter. In his teenage years, the son became ill and left this world.

Whenever I felt like complaining about anything in my life, I would think about what they had gone through and how strong they had remained. I would love to daven in the same minyan as he, in order to hear him say the words: “borchee es Hashem hamevoiruch” – Blessed is Hashem who bestows blessings. Tears never failed to well in my eyes when I’d hear him make that proclamation.

Now, years later, he has grown very feeble and is unable to leave his house. I visited him last week and found him resting on a reclining chair with his eyes half closed. His first words to me were: “Yisroel, what can I tell you? Hakadosh Baruch Hu (The Holy One Blessed Be He) has given me so much. He’s always taken care of me. He’s always given me so much bracha.” I stayed for a while and then I had to leave.

As I walked home, tears flowed from my eyes. Unbelievable. From where do these people draw such strength? How were they able to feel the warmth of bracha during the fires of tochacha?

The gemara in Brachos writes that Hashem wears t’filin containing, amongst other verses, “mi k’amcha Yisroel, goy echad ba’aretz” – who is like your people Yisroel, a unique nation on the land. It is no wonder to me, with people like those comprising His nation, that Hashem binds them close to His heart.