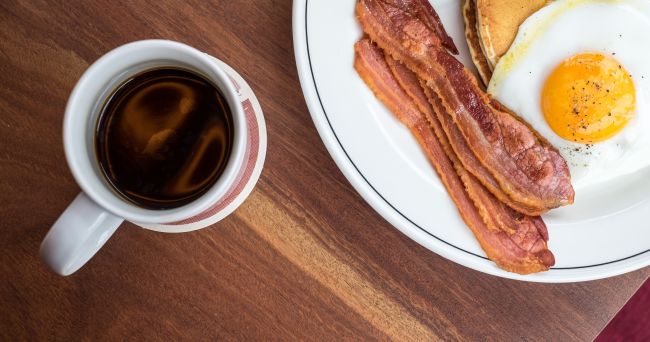 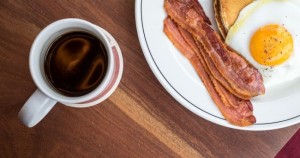 This weeks parsha, Yisro, begins with Yisro hearing all that Elokim had done for Moshe and Bnei Yisroel. Rashi (18:1) quotes the Gemara Zevachim that asks, what did Yisro hear that prompted him to come? He answers that Yisro heard about the splitting of the sea and the war against Amalek.

Rav Eliyohu Lopian, in Lev Eliyohu, explains the point that was troubling Rashi in this possuk. In order for a person to pick up and leave his home and family, we can assume that he must have heard something that others weren’t privy to. Only this would explain why he, but no one else, came. What did Yisro hear?! Chaza”l explain that, in fact, Yisro heard exactly what everyone else had also heard! The splitting of the sea and the war against Amalek. They heard but didn’t move. Yisro heard, was willing to turn his whole life upside down, and came to join Klal Yisroel!

What was unique about Yisro? He was a person who was relentless in his quest for truth. He had tried serving every single avodah zarah in the world and had found only emptiness. He was never satisfied with anything less than absolute truth. Most people settle with something, even though it’s less than perfect. It fits into the lifestyle, it’s what was expected from you, it’s what you had always planned for your self, it’s convenient, it’s inexpensive. The common denominator usually is that it’s the easy path to take.

By the splitting of the sea it says, (15:14) “Nations heard and trembled with fear”. The next morning they were back to bacon and eggs. None were willing to make any meaningful changes in their life. After a few days it was all but forgotten. Yisro heard and came. He would never be the same person again. He made changes in his life which swept through millennium. He came.

How do we deal with things that we hear? “Very inspiring, Rabbi, really, really beautiful!” Do we apply it to ourselves? Do we become different people with changed outlooks because of it? Do we change? Do we come?

This episode of Yisro sets the stage for Kabalos HaTorah, also found in this weeks parsha. In order to receive the Torah, we must, collectively as a nation, and as individuals, be willing to uncompromisingly search for and pursue truth. We must also be willing to make the necessary changes when confronted with that truth.

The Ohr HaChaim explains that, in this possuk, we are being taught three prerequisites for receiving the Torah. Refidim is a name that connotes weakness. It was this weakness that enabled Amalek to attack us there. Our first prerequisite was the need to ‘travel from Refidim’, to leave that state of weakness! Only then would we be in a state of readiness to accept the Torah.

A tremendous degree of strength is necessary to control oneself. As it says in Avos, the true gibor (strong one) is the one who conquers his desire. A Mike Tyson who can pummel anyone into a state of unconsciousness (all right, except for Holyfield), but can’t restrain his own urges, is the epitome of a weakling. When a Jew discusses power, it means strength of conviction and character. The Torah demands of us, and at the same time gives to us, the fortitude to choose pleasure over fun. To do what we know is right, as opposed to what we ‘feel like’ doing. Indeed, it was absolutely essential that we travel from Refidim.

The question can be raised, how was it possible for Moshe to be humble? He clearly knew that he had been the one person selected to lead the chosen nation. He brought the plagues, he brought us out of Mitzraim, he split the sea, he brought down the manna and, most of all, only he had the ability to bring the spiritual Torah into this earthly world. How was he humble?!

Perhaps, the answer is contained in these questions. Moshe, alone, was able to do all of these things because of the incredibly high level that he had reached. There will never be another prophet like Moshe. He had the clearest perception of Hashem that any human being could have in this world. The clearer view we have of Hashem, the more accurate view we have of ourselves. If one clearly sees himself before Hashem, there is no possibility of feeling pride or haughtiness. Of course, Moshe who was the greatest of all men, had to be the most humble of all men. Humility. Not a low self esteem, but rather, a clear perception of ourselves vis-a-vis our Creator. We needed to come to the Midbar.

The third prerequisite is taught by the last part of the possuk. “Vayichan sham Yisroel neged hahar.” Yisroel encamped there across from the mountain. Why does it say ‘vayichan’ and we encamped, in the singular as opposed to the proper plural of ‘vayichanu’? Rashi explains that it is to teach us the state of Klal Yisroel at that time. “K’ish achod belev achod.” Like one man with one heart. Absolute unity.

We needed this absolute unity in order to receive the Torah. How do 600,000 individuals become a single unit? The Gemara Sanhedrin tells that during the generation of Rav Yehuda bar Rabbe Iluy the poverty was so great that six students needed to cover themselves with one blanket. Rav Chaim Shmuelovitz explains that this could only be accomplished if each of these six individuals was totally preoccupied with making sure that the other five were covered!

Showing concern for others, and translating that concern into action, is the third necessary component to receive the Torah. Sometimes, no more than a kind word or a warm smile are needed. The opportunities to help others are innumerable, we just need to open our eyes and seize those chances.

The same way that these were necessary for us as a nation to receive the Torah, they are also essential in order for us, as individuals, to absorb the Torah.

May we merit to ‘hear’ meaningful things and act on them. May our strength, our humility and our concern for others bring about the fulfillment of what we say in our Musaf Kedusha, “Vhoo yasmiaynu shaynis”, that Hashem will reveal Himself to us a second time, through Dovid, Moshiach Tzidkaynu, speedily, in our days, amen.