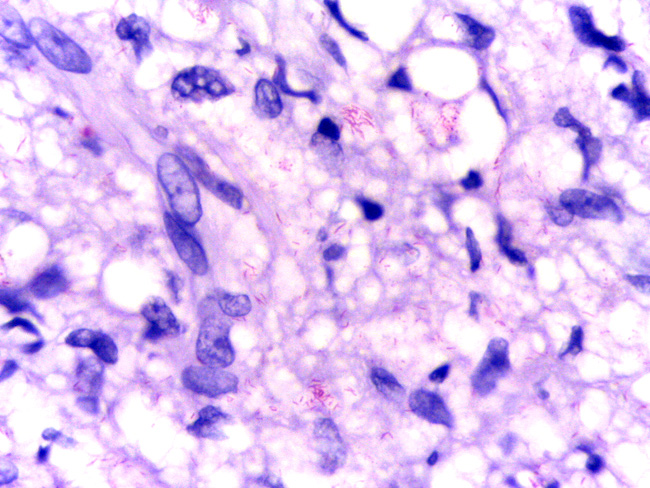 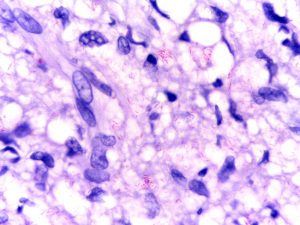 This week we read the double parsha of Tazria-Metzora. “Adam ki yihyeh v’ohr b’sarow s’eis o sapachas o ba’heres (A man who will have on the skin of his flesh a white blemish that appears to be raised up {s’eis} or a blemish that is secondary {sapachas} in its whiteness or snow-white {ba’heres} spots) [13:2].” Most of these two parshios are devoted to the laws of leprosy – the leprosy of people, of garments, of houses and the subsequent purification processes.

Many years ago I saw an advertisement in Reader’s Digest for, yes, get this, the Reader’s Digest Condensed Bible. The advertisement explained the pressing need for such a version of the Bible considering the fact that the uncondensed version “even contains many chapters devoted to leprosy!”. “We’re sorry G-d”, I imagine the Reader’s Digest editors told Him when He arrived with His first-draft manuscript in hand, “but we’re going to have to overrule You on this one. With over 27 million copies in 19 languages bought monthly, we know how to make something readable! This is simply too long and boring!”

At a much earlier stage in my life I was looking and hoping for reasons why I wouldn’t have to be too observant. One of the major `obstacles in my path’ were the thousands of seforim (Torah-related books) lining the walls of the Beis Medrash (study hall). I knew that these were volumes that had been written, probing the depths of every word of the Torah. Every seemingly extra word and letter were analyzed and each revealed teachings and profoundness. It was painfully obvious to me that such a work could not have been written by a man. Only a `Toras Chaim’, an instruction book for life, written by the Creator of that life, could contain such breadth and depth. Clearly, nothing could be gained by ignoring it and imagining that it wasn’t there.

The Talmud [Megillah 14A] relates that, throughout the generations, the amount of prophets in Israel was double the amount of those who left Mitzraim. If so, based on what criterion were some prophecies written down and incorporated into the Prophets and others not? Those prophecies that were needed and applicable to the later generations were preserved. The others were not.

If that is the case with the words of the prophets, how much more so when we’re discussing the words of the Torah, the words dictated by Hashem Himself to Moshe. Therefore, with prayers for forgiveness from the fine editors of Reader’s Digest, let us see what `90’s-applicable’ understandings can be gleaned from these “many chapters devoted to leprosy”.

The leprosy discussed in the Torah has no connection to the physical ailment type of leprosy that we’ve heard of. It was a purely spiritual disorder coming as a result of a spiritual deficiency.

A parable is given of a person who approached a doctor with what appeared to be a small rash on his forehead. After applying the prescribed medication, the rash spread and covered his entire body. He angrily returned to the doctor, demanding an explanation. The doctor explained that the original forehead rash had been very deep and as such, could not be healed. The medication brought it out from this depth, causing it to spread thinly over the body as a curable rash.

The Hebrew word for leprosy – metzora – is actually a combination of two words – motzee ra – it brings out the evil. The leprosy signaled a deep inner decay in the person. The Doctor of all doctors brought this out to the surface of the body, enabling it to be `healed’.

According to the Kli Yakar, the three main causes of leprosy were lashon harah (badmouthing others), haughtiness and an overly strong desire for materialism. Each of these causes are alluded to in the name of the different type of leprosy that each brought on. “Adam ki yihyeh v’ohr b’sarow (A man who will have on the skin of his flesh) s’eis o sapachas o ba’heres (s’eis or sapachas or ba’heres).” S’eis – the `raised’ blemish – came as a result of a person `raising’ himself up and acting in a haughty manner. Sapachas – the secondary blemish – came from an overinvolvement in that which really is secondary in importance. As the Rambam writes, all of a person’s acquisitions such as wisdom, strength and uplifted character traits become an integral, inseparable part of the person. The exception to that is wealth. It is totally external to the person. Purely secondary. Baheres – the snow-white spots – are brought on by lashon harah. One who badmouths others causes them to turn white in embarrassment. In each case, the deep, inner decay is brought to the surface, affording the opportunity of correction by bringing a clear awareness of the malady.

Chaza”l teach us that one who is haughty is `dochek raglay Shechina’ – he `pushes’ Hashem out of the world. He leaves no `room’ in this world for Hashem when he attaches too much importance to himself and to that which he has.

About one who speaks lashon harah, Hashem says: “he and I can’t live together in the same world [Erchin 15B]”. He is forgetting that Hashem cares very much about all of His children, even the one that he is badmouthing. The ill will that sparks the lashon harah is often caused by a feeling of injustice. Why does he have this and I don’t? He is effectively cutting Hashem out of the equation. Cutting Him out of the world. Hashem didn’t give the other person what he has… He took it and I want it! He too is attaching too much importance to himself and to that which he does or does not have.

One who has an overly strong desire for materialism is forgetting who he truly is and why he is here in this world. He too is attaching too much importance to his physical self and to that which he has.

The leprosy brings these inner decays to the surface and allows them to be healed by literally peeling away all of the external coverings of the person. It first afflicts the person’s house. If he doesn’t take heed and correct the root cause it moves on to his clothing. Ultimately, it afflicts the skin – the covering of the person himself. See what really is important! Recognize that who you are is not determined by what you have…

We live in a time of prosperity and a great deal of conspicuous consumption. A Point to Ponder while living Life in These United States, or other such similar societies, is that the Torah’s leprosy was a gift to help a person maintain perspective. We, who are no longer on the level to have such a direct communication from Hashem, must, using the full uncondensed version of Hashem’s holy words, take this parsha of leprosy and apply it to our lives.