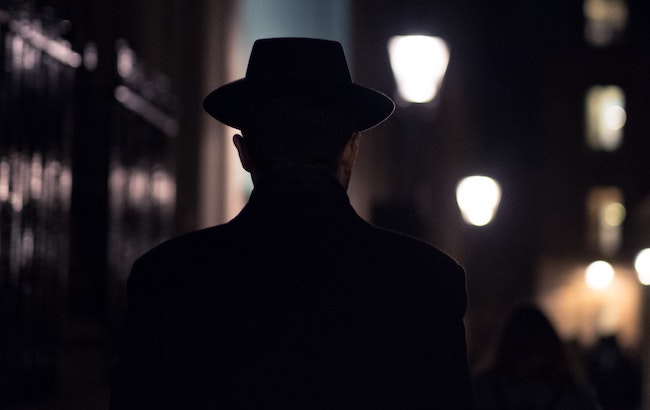 The Satan that Stands Behind Us 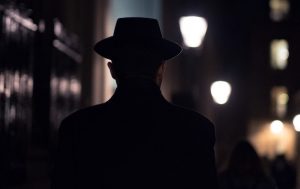 This week we read the parsha of Chayei Sarah. “Va’yihyu chayei Sarah may’a shana v’esrim shana v’sheva shanim, shnei chayei Sarah {And the years of Sarah were one hundred years and twenty years and seven years; the years of Sarah’s life}. Vatamas Sarah… {And Sarah died…} Vayavo Avrohom lispode l’Sarah v’livkosah {And Avrohom came to eulogize Sarah and to cry over her}[23:1-2].”

There are many subtleties found in these verses that the commentators discuss:

1) The Ohr HaChaim points out that the word “va’yihyu — and they were” is not the normal format used when discussing the years of the righteous.

3) The Baal HaTurim notes that the letter ‘kuff’ in the word “v’livkosah — and to cry over her” is smaller than the other letters.

4) The Kli Yakar is bothered that the verse first writes that Avrohom eulogized Sarah and then cried. Usually, the crying precedes the eulogy.

Rashi brings the Medrash that Sarah’s death was related to the akeida — Avrohom’s binding Yitzchak onto the altar in order to sacrifice him. The Satan came and told Sarah about the akeida. He was about to tell her that, at the last moment, Yitzchak’s life was spared but her neshama {soul} left this world before he was able to. The Nesivos Sholom asks: how could such a tragedy result from that holy event?

This Rashi could be used to explain the use of the word “va’yihyu”. The numerical value of “va’yihyu” is thirty seven. Sarah gave birth to Yitzchak when she was ninety years old and she died at one hundred and twenty seven. She was thereby ‘alive’ for thirty seven years. “Va’yihyu chayei Sarah”, “va’yihyu” (37) = “chayei Sarah”, the life of Sarah. With the birth of Yitzchak, there was going to be a continuity of all that she and Avrohom had been building — she was alive. When she heard the story that she mistakenly thought was going to end with Yitzchak’s death, her neshama left and she died.

However, the Nesivos Sholom’s question comes back even stronger. How could the event that grants merit to Bnei Yisroel until even this day have caused the tragedy of Sarah’s seemingly early death?

The Nesivos Sholom explains in the following way. We implore in the maariv (evening) prayer: “and remove the Satan from before us and from behind us.” The yetzer harah {evil inclination} stands before us when we are going to fulfill a mitzvah, trying to prevent us from such fulfillment. The Medrash tells us of the many impediments placed in the way of Avrohom and Yitzchak on the way to the akeida. The yetzer harah also stands behind us — after we have already fulfilled a mitzvah, it tries to tarnish and cheapen that which we have done.

With that, we can begin to understand both the verses and the series of events at the beginning of our parsha. The Satan had tried to prevent the akeida. When that bid was unsuccessful, he tried to attack from a different angle. He knew that the time for Sarah’s death had arrived. He conspired that, at the very moment of her predestined death, he’d be telling her the story of the akeida. It would thereby seem that the akeida was the cause of a premature death! His hope was that when Avrohom would hear that his life-partner had died, seemingly because of the akeida, he would reexamine his actions and perhaps even regret having done the akeida. The Talmud [Kiddushin 40B] teaches that the only way that a person can lose the reward for mitzvos already performed is by regretting ever having done them. The Satan that stands behind us…

That is why the verses spell out and repeat the years of Sarah’s life. Emphasizing that these were the years that were set out for her life — not a moment more and not a moment less. The Satan wanted to make it seem that the akeida had caused her death but Avrohom withstood that test also. He eulogized her, contemplated and confronted all that she had added to his world and to the world at large, grasped the tremendous loss and void formed by her death and only then did he cry. The letter ‘kuff’ in the word ‘crying’ is small. His crying was ‘small’, minimized — it was held in check. He didn’t cry the bitter, agonizing tears over a tragic, ‘premature’ death. He cried as one cries for an older person who’s time has come but nevertheless will be very sorely missed.

At first glance, it’s hard for us to imagine regretting having performed a mitzvah. Being a bit lazy next time around or, perhaps, not planning to do it again — that we can relate to all too easily. But regretting?! Does that really happen?

Let’s picture the following scenario. You congenially slow down to allow a car, stuck in the right lane behind a slow moving truck, to merge into your lane. With a friendly nod and wave, he is assured that no road-rage will result from his lane switch. You have just fulfilled the mitzvos of chessed {kindness}, kiddush Hashem {sanctifying Hashem’s Name) and probably a few more. A few miles later, you suddenly find yourself stuck behind a cement mixer and no one (in the left lane) seems to be too concerned. As your patience is running thin, you see your ‘old friend’, the gentleman that you waved in just a short while ago, approaching on your left. With a feeling of relief, you reestablish eye contact, expecting him to, of course, slow down and return the favor. Suddenly, to your dismay, you discern that the head and hand motion that this gentleman seems to be directing toward you is quite different in both content and message than the one that you had directed toward him.

For all those besides the saints amongst us, your first thought is: “I wish I never let him in…”

The Satan that stands behind us…

You lend your neighbor your lawn mower. After each mowing, you meticulously clean away all of the loose grass sticking to the machine. You had mentioned that you needed it back right away but he didn’t return it. As your plot thickens, there’s still no sign of your mower. You call repeatedly but their three and a half year old daughter is experiencing difficulties in successfully relaying your messages. As your plot continues to thicken, you finally storm over there to get it yourself. As you are about to begin your self-justified tirade, the wife flippantly directs you toward the garage and wishes you luck in locating it. When you finally do find it you realize that, to your horror, there is dirt, grass and half a diaper stuck all over it.

For all those besides the saints amongst us, your first thought is: “I wish I never lent it to him…”

The Satan that stands behind us…

On a loftier plane, after performing a mitzvah in a real and deeply fulfilling manner, a person might start to think: “I really am pretty special! How many other people can and actually do all that I do?” The thoughts of self-glorifying grandiose that will blemish the pure and beautiful mitzvah performed are also the work of the Satan that stands behind us.

Avrohom had the strength and fortitude to maintain his presence of mind and focus under the most trying of situations, including the sudden death of Sarah. Before, during and after each situation, he was meticulous in not allowing any ‘infiltration’. May we, his descendants, merit to emulate his lofty ways.

Warmest mazel tov wishes to Moti Horwitz and to my dear friends, his parents, Shlomo (“Sol’s no slouch, Bob”) and Dorie (neither is she) Horwitz on the occasion of Moti’s bar mitzva.