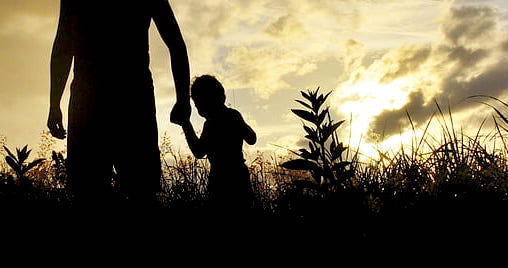 Being a Parent is Not Easy 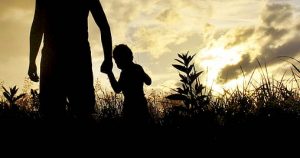 This week we read the parsha of Korach. “Va’yikach Korach ben Yitzhar ben K’has ben Levi {And Korach the son of Yitzhar, the son of K’has, the son of Levi took}.[16:1]”

The immediate questions that one is struck with are: Why did the passuk spell out his lineage all the way up to the tribe of Levi but stop short of Yaakov? Furthermore, what did Korach actually take?

Korach was jealous of having been passed by for a position that he felt he was deserving of. Moshe had appointed Elitzafon the son of Uziel to be the Nasi {prince/leader} of K’has. Elitzafon’s father, Uziel, was younger than Korach’s father, Yitzhar. Korach therefore felt that the position of Nasi should have gone to him. He persuaded two hundred and fifty men to rebel against the validity of all of Moshe’s appointments, including Aharon’s appointment as the Kohen. With this we understand why Korach’s father, Yitzhar was mentioned. The start of Korach’s uprising was his claim to the Nasi position as the son of Yitzhar.

Rashi writes that when Yaakov was blessing his sons before his death, he placed a personal plea into the blessing bestowed upon Levi. “In their assembly (referring to Levi’s descendant, Korach and his cohorts) do not mention my name.”

The Kli Yakar explains that a forefather’s name mentioned in the lineage implies that the root of the descendant’s actions can be found in that predecessor. Yaakov foresaw what Korach would do and was afraid that Korach’s actions might be traced back to him. Originally the Divine Service was to be performed by the b’choros {first born males} but was later switched to the Kohanim. Yaakov was afraid that Korach’s contesting Aharon’s appointment to Kehunah was rooted back in his own taking of the b’chorah {birthright of the first-born} from Esav. He prayed that he had purified his intentions to the point that there were no thoughts of personal gain involved in his actions and his actions were therefore worlds apart from that of Korach. Hashem showed this to be the case by leaving Yaakov’s name out of Korach’s lineage. The lineage did however extend to Levi who was a co-conspirator with Shimon in their jealousy-prompted plan to harm Yosef. The lineage therefore extended to him.

The effects that parents have on later generations can’t be underestimated. The Talmud [Kiddushin 30A] reveals that one who teaches his son Torah, is considered as if he taught his son and his grandchildren until the end of all generations.

As I was teaching my son to ride a bicycle I gained an understanding in this. I was running behind him, holding onto the back of his seat. As he picked up speed and steadied his balance, I, in the great tradition of fathers teaching their sons to ride bikes, let go of his seat. As he continued to ride beautifully, I suddenly heard this deep voice emanating from my mouth, saying “atta boy, son, atta boy.” Now, I never say “atta boy, son” and neither does anyone within a twenty five year radius of my age! But, as if on automatic pilot, the exact words that I heard my father say when he let go of the seat that I was sitting on, came out of my mouth. I imagine that when my son will BE”H teach his son to ride a bike, just as he lets go of the seat he’ll find himself saying “atta boy, son, atta boy” even though by then, no one within fifty years of his age will have ever used that expression. And so it will continue, until the end of all generations.

However, the effects of a parents actions can also work in a totally different way. We asked earlier: What did Korach take? Raish Lakish [Sanhedrin 109B] teaches that Korach ‘lakach mekach ra l’atzmo’–Korach ‘took’ a bad acquisition for himself.

The B’er Yosef asks that this seems to be a very strange term. When someone acquires something but it was a lousy deal then we can say that he made a bad acquisition. But here, where he and everything he owned was swallowed up into the ground, how can it be called any sort of an acquisition?!

Rashi explains that Korach saw a great chain of descendants coming from him–the prophet Shmuel–and he thought that he’d be saved in Shmuel’s merit. He heard from Moshe that of all the people offering the incense, only one would remain alive and he was sure that he was the one. What Korach didn’t realize was that his sons would repent and the descendants would come from them, not from him.

The question was asked, why didn’t the merit of those future generations protect Korach from this grievous sin and punishment?

They explain that Korach only merited such a chain of descendants because of his sin! His rebellion against Moshe caused him to be swallowed up by the earth–an extraordinary, earth-shattering (sorry) occurrence which caused a tremendous strengthening of Bnei Yisroel’s faith in Moshe and his teachings. Hashem doesn’t withhold the reward of any creation and Korach therefore deserved and earned these lofty descendants by having caused such a sanctification of Hashem’s name!

Whereas Korach thought that he’d be saved from punishment in their merit, their greatness only came about as a result of his punishment.

With this we can understand why it was described as a bum deal for Korach. It was an acquisition–he acquired that chain of descendants coming out from him– but it was a lousy deal. He had to pay an exorbitant price for that–he would never enter olam habah {the World to Come}.

Parents. Sure ain’t an easy job.