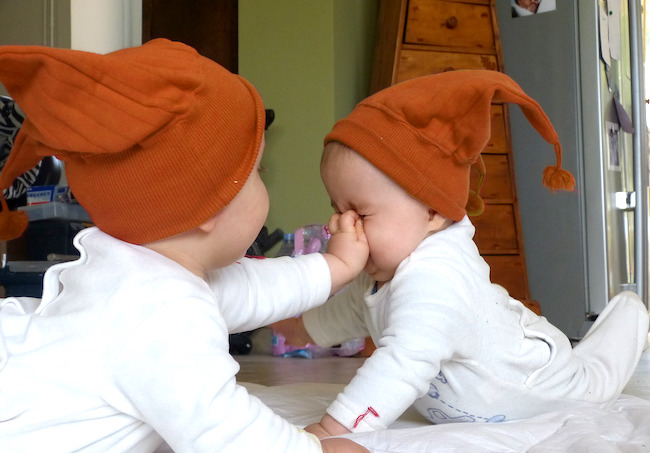 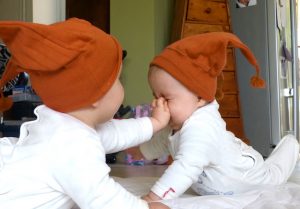 Hashem said to her, “Two nations are in your womb.”[1]

The spelling of the word for “nations” is non-standard, suggesting a different word – gai’im – that connotes people of distinction. The allusion, according to the gemara,[2] is to the two good friends, R. Yehudah HaNasi and the Roman emperor Antonius, descendants of Yaakov and Esav.

There is much more to the friendship between them than meets the eye. The closeness between them is actually a function of the chasm that separates them.

We know that, as a result of the sins of Adam and the generations that followed him, sparks of kedushah and holy souls fell and became the province of the nations of the world. Those sparks were crucial. Nothing can exist if it is not connected to and fed by heavenly kedushah. The neshamos became cloaked in the garb of non-Jewish bodies. The actions of those non-Jews could not sustain them. Rather, they found their spiritual sustenance in the sparks of holiness that also fell to earth.

In a sense, this is the key to the nature of galus. On the one hand, those holy neshamos are where geirim come from. On the other, our dispersion in exile allows us to interact with non-Jews. When we recognize the existence of sparks of kedushah in them, our dealings with them and conversation with them are ways in which we draw those sparks closer to ourselves, elevating them and returning them to their heavenly source.

However, here’s the rub. When we do the job well – when all the hidden kedushah of the world is addressed and elevated – nothing remains to sustain the lives of those who previously hosted them. Drained of their source of spiritual nurture, those people disappear, as the navi predicts,[3] “I will remove the spirit of tum’ah from the earth.”

We are now able to understand as well the strange circumstances behind the births of Yaakov and Esav. Even if these two founding fathers of civilizations of good and evil had to be related, why did they share the same pregnancy and birth? Could not each of them have had his time alone in Rivka’s womb? The point is that they had to be joined at the hip (more accurately, one grasping the foot of the other) from the beginning. The process of birur – of separating the sparks of good from the evil – had to commence immediately with their births. The closeness between Yaakov and Esav ironically determines with certainty the downfall of the latter. (Esav is not a passive participant in this process. His persecution of Yaakov’s descendants hardens and steels them, so that they increase their resolute commitment to avodas Hashem. This becomes another way in which Esav’s hidden sparks emerge and are elevated.)

Our parshah contains another reference to the presence of quanta of kedushah in an unexpected place. “Yitzchok loved Esav for game/tzayid was in his mouth.”[4] Rashi,[5] citing Chazal, explains that Esav was able to hunt/tzad with his mouth, i.e. he could ensnare people into believing that he was righteous by engaging in halachic discourse. What was happening is that when Esav conversed with his father, the kedushah of the holy neshamos and sparks broke through, and directed the conversation.

This, therefore, is the meaning of the “people of distinction” alluded to be the aberrant spelling “gai’im” in our pasuk. The distinction was in the mutual presence of kedushah. In the case of Yaakov and his descendants, it was the unbridled, full complement of holiness in their neshamos. For Esav, it meant the presence of kedushah, ordinarily suppressed and muffled, but ready to be elevated and returned to its source when bumping up against other forms of kedushah.