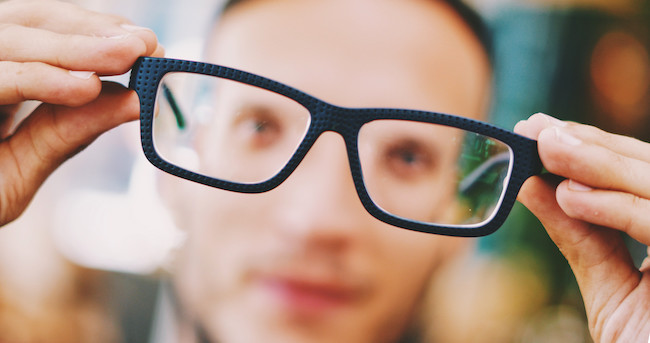 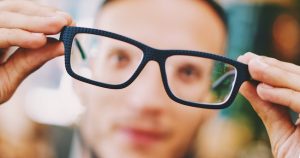 This week we read the parsha of Lech L’cha. Avrohom Avinu, at this point still called Avram, had, from the age of three, recognized that there must be Hashem in this world. At the end of last week’s parsha he was faced with his first of ten nisyonos {tests}. Avram was thrown into a furnace for his refusal to worship any forms of idolatry. He miraculously emerged unscathed.

Our parsha begins: “Va’yomer Hashem el Avram lech l’cha mai’artz’cha…{And Hashem spoke to Avram saying: ‘Go for you (for your benefit) from your land…’}[12:1].”

We’ve explained previously that the root of the word ‘nisayon’ is ‘ness’ — to uplift. The surmountable difficulty that is presented by a nisa’yon affords a person the opportunity to meet the challenge and, through it, be transformed and uplifted. By actualizing latent potential deep inside of oneself, one develops in a way which otherwise would not have been possible. It allows the true self to evolve and shine through. One goes through the enlightening odyssey of “Lech l’cha” — go to you. To your very essence — to who and what you truly are.

Our parsha then continues with the happenings and further tests of Avram and culminates with the command of bris milah {circumcision}. Hashem appears to Avram and tells him: “His’halech l’fanoi vehyay tamim {Serve before me and be unblemished} [17:1].” Rashi explains that this unblemished state is referring to bris milah.

The Medrash tells of Avram’s puzzling reaction to this command. It teaches that when Hashem commanded Avram to circumcise himself, he went to seek the advice of his three confidantes. He approached Anerr and told him of Hashem’s command. Anerr responded in a less than encouraging manner. “At your age, are you going to put yourself through such a painful ordeal?”

Avram left Anerr and his attitude and went to discuss the issue with Eshkol. Eshkol, however, was also not overly enthusiastic. “Why are you going and destroying yourself before your enemies? You’ll be sickly and they’ll come and kill you!”

Undeterred, Avram approached Mamrei and asked him his opinion. Mamrei was shocked. “About this you are asking my advice? This is your G-d who saved you when you were thrown into the furnace, who aided you in the war against the kings and who was with you during the famine. Now, when He commands you to do bris milah, instead of listening immediately, you start running around, asking for advice? Immediately do as you were commanded!

This Medrash seems strange. Avram was the person who had stood up strong against the accepted practices and ideals of his whole generation and had taught them an entirely new value system. Why was he suddenly running around and asking people’s advice if he should follow the command of Hashem?

The Shaarei Orah offers a fascinating explanation. He explains that only Moshe Rabbenu had absolute clarity in his prophecies. All of the other prophets, including Avram, were only able to see a somewhat fuzzy picture. They needed to interpret on their own exactly what it was that Hashem was instructing them to do.

Avram was very worried about his understanding and interpretation of this commandment. Until this point, he had been able to exercise a tremendous degree of influence on the people around him. He wasn’t an odd-ball — he was a regular person whom they accepted and respected. This enabled him to impart to them his teachings about Hashem. With bris milah he was afraid that he’d be viewed as an oddity. People would no longer come to him. His life’s pursuit of drawing people close to Hashem would be forced into early retirement.

He began to second guess, not Hashem, but himself. Could Hashem possibly command him to perform an act which would have such calamitous repercussions? Perhaps he was making a mistake. Perhaps, he was misunderstanding what Hashem really wanted from him… He went to seek advice.

Mamrei challenged the root of his uncertainty. “This is your G-d that saved you when you were thrown into the furnace.” How were you willing to throw yourself into that furnace? Had you died, who would have taught the world about Hashem? Clearly, you recognized that you couldn’t go against the will of Hashem. You recognized that worshipping idols in order to then be able to teach others about Hashem was untenable. It would be a total contradiction. So too, in regard to this commandment. Don’t allow your concerns about the affect on the world to confuse and cloud your perception. You understood Hashem correctly. Do precisely what Hashem commanded and let Him worry about the rest.

Ultimately, Avram’s influence on the world after his bris milah was greatly enhanced. At the time of the bris his name was changed. He would no longer be Avram, which meant Av {father} Ram {of Aram}. His name and essence became Avrohom — the father of the entire world.

We’re often hesitant to show our Judaism to others thinking that it might be seen as odd. It might diminish our influence, our chances for success…

One of my very close friends to this day is a person who was a neighbor of mine while growing up and with whom I attended a number of schools. When we were together in Ner Israel, he and many others were interviewing for positions at very established, ‘WASP’ firms. Many didn’t list the time they had spent at Ner Israel in their re’sume’s, thinking it would hurt their chances of getting hired. My friend had no intentions of leaving it out — he was going to use it proudly.

At an interview, one of the vice-presidents was perusing his re’sume’. “So, Sol, I see you studied at Ner Israel. Can you tell me a little about that?”

“Sure,” my friend responded. “At Ner Israel, in addition to the option of obtaining a full college degree, students spend the major part of the day on Talmud, Bible and other religious studies.”

“Well, to be perfectly honest,” Sol continued, ” I’ve been carrying such a double load since first grade. We covered the full public school curriculum in addition to learning a second language and religious studies and training.”

The interviewer, visibly impressed, noticed another vice-president who had just entered the office. “Hey, Bob,” he called out, “come here for a minute. I want you to meet somebody. Bob, this is Sol. You know, Sol’s no slouch, Bob. He went to Ner Israel!”

I love that story. I just love it.

Let’s be proud of who we are, what we do and what we stand for. Let’s do the will of Hashem without second guessing — only bracha {blessing} can result from following His words. And let’s keep in mind as we encounter the many Bobs in this world — we’re no slouches, Bob, we’re members of Israel…