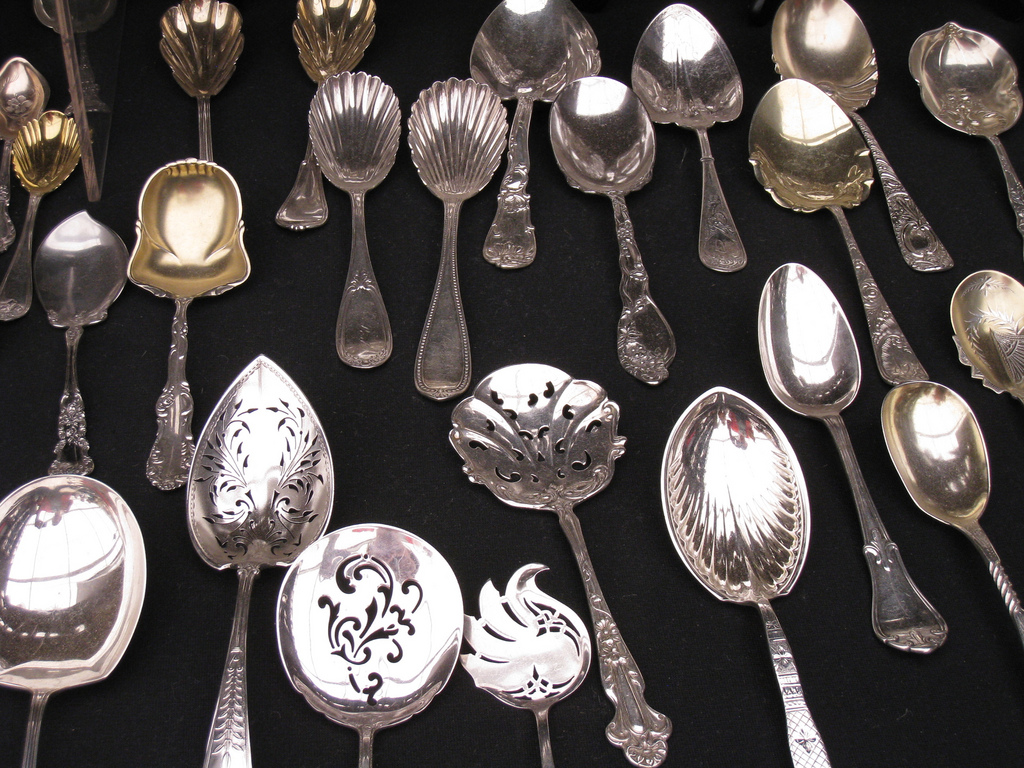 ‘I Didn’t Take Your Spoons!’ 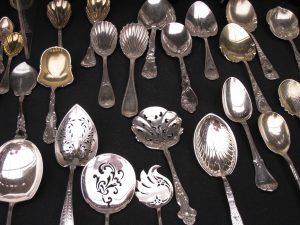 This week we read the double parsha of Mattos-Massoy thereby concluding the Sefer {Book} of Bamidbar. The nation of Moav, afraid of Bnei Yisroel, joined forces together with Midyan and hired Bilaam to curse Bnei Yisroel. When that proved unsuccessful, Bilaam offered them devious advice which led to Bnei Yisroel’s succumbing to the idolatry of Baal P’ore. This, in turn, led to the death of twenty four thousand Jews.

“And Hashem spoke to Moshe saying: N’kome nikmas Bnei Yisroel me’eis haMidyanim {avenge the revenge of Bnei Yisroel against the Midyanites} achar tay’a’seaif el amecha {then you will ‘gather to your nation (die)}.[31:1-2}” Hashem made it clear to Moshe that this would be the final mitzvah {commandment} before his death. Yet Moshe, with unfaltering zealousness, immediately began to implement it.

Why was there a command to avenge Midyan, but not against Moav who had initiated the partnership with Midyan and who had actually hired Bilaam to curse?

Rashi explains that Moav had a legitimate fear. Bnei Yisroel, on their way to Eretz Yisroel, had wiped out the nations of Sichon and Og and had conquered their land. They were now heading for Moav. Moav was therefore acting in self defense.

Midyan, on the other hand, had nothing to fear. Bnei Yisroel were not heading toward them. They get involved in a fight that wasn’t theirs–that didn’t involve them. The command to avenge was therefore only against Midyan.

We are now in the midst of ‘The Three Weeks’ during which we mourn the destruction of both the First and Second Temple. The Temple could never have been destroyed through a simple battle. Only the degeneration of Bnei Yisroel’s spiritual standing could cause the Shechinah {Hashem’s holy presence} to leave the Temple. Only then, stripped of its holiness, could it be destroyed.

The Talmud teaches that the First Temple was destroyed through our involvement in idolatry, incestuous relationships and murder. However, during the time of the Second Temple we were involved in Torah, mitzvos {fulfillment of commandments} and acts of kindness. Why was that destroyed? The Talmud teaches that it was because of sin’as chinam {baseless hatred}. >From here we derive that sin’as chinam is equal to idolatry, incestuous relationships and murder [Yuma 9B].

The Ro”sh warns not to get involved in an argument that doesn’t involve you. “In the end they will make peace and you will remain with anger.” They had a point of contention. Once that becomes resolved, their anger also rests. However, you, whose anger was not based on a real issue, will never fully resolve that anger.

The fact that we are still in the exile of the Second Temple today clearly shows that we are still plagued by the scourge of sin’as chinam. As a bent paper can only be straightened by bending it the other way, so too we must try to go to the other extreme in our interpersonal relationships. Viewing all others as children of Hashem, de facto brothers of ours, and showering them with ahavas chinam {baseless love}.

The Zichron Meir offers a beautiful insight. In the Shoshanas Yaakov prayer recited on Purim we state: “Cursed is Haman who tried to destroy me, blessed is Mordechai.” Why is a reason given for us to curse Haman but no reason given for us to bless Mordechai? He explains that even a Haman could not be cursed without a very valid reason. Every person was created in the ‘form’ of Hashem and is therefore dear and special. Our hatred of Haman is only because of his want to destroy us. However, to bless and love Mordechai–for that no reason needs to be given. Ahavas chinam…

I saw a beautiful story in a book entitled “Gut Voch” (and I thank my father for always searching out and sending me books to aid me in my writing–sheli shelcha). Rav Abish Frankfurter was traveling to Frankfurt to begin his tenure as the Rav there. On the way he stopped at an inn where he was given a room to share with a merchant.

A robber furtively entered their room that night and stole valuable spoons from the merchant. Early the next morning, Rav Abish arose, prayed and resumed his journey. When the merchant awoke, he saw that his roommate had left and realized that his valuable spoons were also missing. Unaware of the towering stature of his roommate, he assumed that the quiet, simple-looking man had stolen them. He dashed to the station where the wagon drivers would await customers and hired the fastest driver. Having been offered double fare if he’d catch up to the ‘thief’, the driver whipped his horses and pursued the unsuspecting Rav Abish.

Finally overtaking the bewildered Rav Abish, the merchant began to shout at him to return his spoons. “I don’t know what you’re talking about!” cried Rav Abish. “I never saw any spoons and I certainly didn’t take them!”

The merchant grabbed Rav Abish and pulled him off his wagon, demanding that he reveal where he had hidden the spoons. When Rav Abish didn’t reply, he tied the poor, innocent man to a tree and began to whip him mercilessly. When the merchant saw that his torment wasn’t loosening his tongue, he stalked off to the inn, leaving poor Rav Abish behind, still tied to the tree.

Rav Abish finally managed to untie the bounds and, bruised, battered and humiliated, he made his way to Frankfurt. There he was greeted by a large crowd who had come to honor their new Rav. He disguised his pain and returned their smiles and greetings.

The next day, Rav Abish delivered a brilliant two hour shiur {lecture} which awed the townspeople. Afterwards, people crowded around their new Rav to discuss various points with him.

He finally gathered the courage and approached the Rav with his head bent in shame and remorse.

Rav Abish immediately recognized the man standing before him. Though he was still standing in front of hundreds who were admiring his brilliance, the Rav gave no thought to his own dignity. He ran to the merchant and cried over and over, “Please believe me, I never took your spoons. Please, please believe me…”