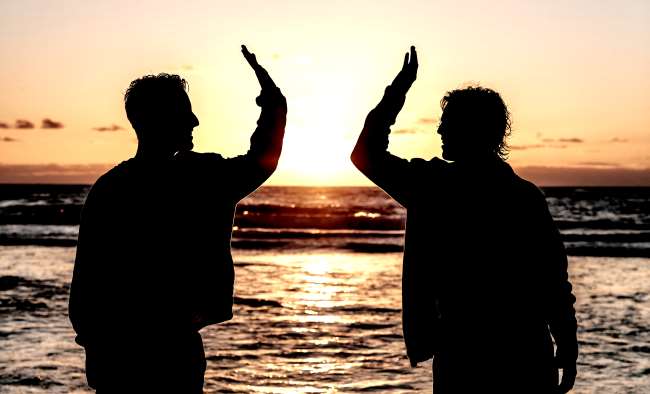 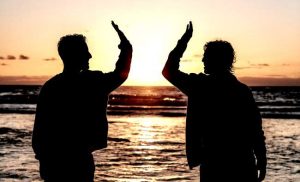 This week we read the parsha of Shmini. “And it was on the yome ha’shmini {eighth day}, Moshe called to Aharon and to his sons and to the Elders of Israel. [9:1]”

What was the significance of this eighth day? Rashi explains that it was the eighth day of the miluim–the consecration of the Mishkan {Tabernacle} that took place on the first day of the month of Nissan. The seven days prior to that Moshe had performed the service. It was on this eighth day that the service became the responsibility and honor of Aharon and his sons–the Kohanim.

Originally, this distinction had been destined for Moshe and his descendants. However, when Moshe kept insisting that he was not the one to approach Paroah, the passuk {verse} states: “And Hashem became angry with Moshe and said: Behold, Aharon, your brother, the Levite, I know that he can speak well… And you will speak to him and put the words in his mouth… And he will be your spokesman… [Shemos 4:14-16]”

Rashi there brings two opinions amongst the Sages. Rabi Yehoshua ben Karcha said that whenever anger is mentioned in the Torah, it leaves a trace (meaning that it is followed by punishment). However, this case is an exception as we do not find any punishment that resulted from this anger. Rabi Yosi disagrees and says that we do find a punishment over here. Hashem told Moshe that Aharon, his brother, the Levite, is coming to greet him. At that point Aharon was destined to be a Levite, not a Kohen–the priesthood would have come through Moshe. Now, instead, Aharon will be the Kohen and you, Moshe, will be the Levite.

“And it was ba’yome ha’shmini {on the eighth day}, Moshe called to Aharon, and to his sons and to the Elders of Israel. [Vayikra 9:1]”

This first passuk of our parsha is the actualization of that which we learned in Shemos. Moshe, after having performed the service before the Mishkan had been erected, now, on the eighth day, was handing the honor of Kehunah {priesthood} over to Aharon.

The Ohr HaChaim writes that when one confers a distinction that had been destined for oneself onto another, one normally will A) be somewhat slow to go about doing it, B) will try to do it in stages as opposed to all at once and C) will want to do it in a quiet, unceremonious manner.

He shows how the Torah demonstrates that Moshe overcame all of these tendencies when he appointed Aharon to be the Kohen.

“And it was ba’yome ha’shmini {on the eighth day},” right away at the start of the eighth day, no hesitation whatsoever, Moshe summoned Aharon. “And to his sons” Moshe bestowed the Kehunah onto Aharon and his sons at the same time, not dragging it out into stages of first Aharon and then his sons. “And to the Elders of Israel” he did this publicly, in front of a large, distinguished crowd.

About this event, Dovid HaMelech {King David} wrote in T’hillim [Psalms 133]: “How good and how pleasant it is for brothers to dwell together in unity. It is like the precious oil on the head, running down upon the beard, the beard of Aharon.”

The Medrash teaches that the two beards that are mentioned in the passuk refer to the beard of Aharon, who received this anointing and the beard of Moshe who did the anointing. Rav Chaim Shmuelovitz zt”l explains that the unity was so great between these two brothers that Moshe viewed Aharon’s anointing and ascent to greatness as his own.

With this, Rav Chaim brings out another beautiful point. Even when there is a seeming disagreement amongst the Sages, we say ‘Aileh v’aileh divrei Elokim Chaim’ both opinions are actually the words of the Living G-d and are equally valid. We mentioned above the disagreement between Rabi Yehoshua ben Karcha and Rabi Yosi. One said that there was no effect resulting from Hashem’s anger and the other said that there was an effect–the transferal of the Kehunah from Moshe to Aharon.

Rav Chaim explains that both are correct. The result of the anger was the transferal of the Kehunah but in the eyes of Moshe, the happiness he felt at Aharon’s anointing was as if he himself was anointed. As such, there was no effect!

This ability to remove oneself from a natural, self-centered reaction and to be able to assume the position and feelings of someone else, calls to mind a story that I heard.

Rav Yaakov Berlin (the father of the N’tziv of Volozhin) was widely known for his knowledge of Torah and acts of chessed {kindness}. One year, he was blessed with unusual success during his annual, summer business trip. As a gift for the family in honor of the upcoming holidays, he bought a beautiful set of crystal goblets.

His wife was overwhelmed by the beautiful gift and the set was used to give honor to the holidays. On Simchas Torah {the final day of the holiday}, when Rav Yaakov invited the townspeople to his home, the set of crystal was being laid out on the table to be filled with sweet wine. Just then, the maid lost her balance and the entire set went crashing to the ground, shattering each and every piece of crystal to smithereens.

The wife began to shout at the maid, rebuking her for her carelessness but Rav Yaakov quickly intervened. “You have the right to take her to a din Torah {court of halachic law} to collect damages but you have no right to shout at her,” he told his wife.

She accepted his words and began to put on her coat to go to the court. Seeing that, Rav Yaakov also began to get ready to go.

“You can stay at home,” she told her husband, “I’ll know what to tell the judges.”

“I’m going on behalf of the maid!” he told his wife. “She has never been to court and won’t know how to best present the case for her defense!”

“How good and how pleasant it is for brothers to dwell together in unity.”