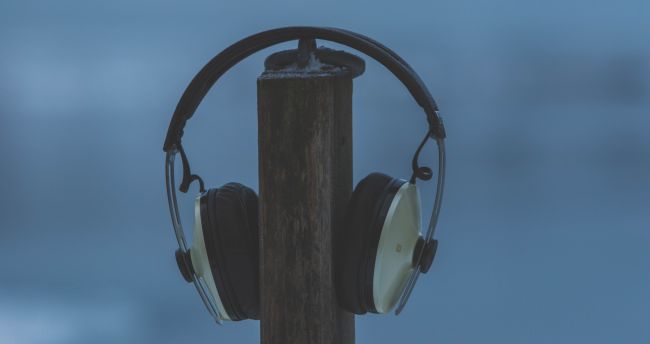 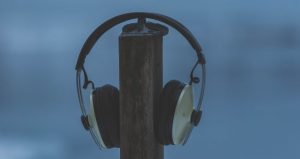 “We will do, and we will understand.” The Talmud calls this the language of angels. The Tzadukim called us impetuous for saying it. In truth, who wouldn’t have put “we will do” before “we will understand” if they heard God speak over a mountain that was covered with an ominous cloud and shofars getting louder with time? Most people would have just said, “We will do” and call it a day. We’re talking about the MASTER of the Universe here, and HIS Torah.

Unless of course “we will understand” means something different, more than just “we will take the time to figure out WHAT we are doing, and perhaps even WHY.” In fact, I recall an earlier experience that answers the question, and the question answers the experience.

At the beginning of my career in Kiruv Rechokim—outreach—I sat down across from a young, “unaffiliated” Jewish young man who was “picked up” at the wall. For some reason, he had agreed to come into the yeshivah and talk to someone about Judaism.

My job was to impress him enough with Torah ideas, and show him the folly of his non-Torah lifestyle, so that he would remain at the yeshivah. Perhaps he would learn enough to eventually become committed to a Torah way of life.

He was a very nice guy, and we got along well from the start. Over the course of an hour, we discussed a lot of ideas and I really felt as if I was impacting him. I don’t think we argued once. I was so confident about the direction of the meeting that I was all ready to hear him say, “Sign me up!”

That’s why I was totally shocked to hear him say instead,

“I heard what you said and all of its makes a lot of sense. But, I’m leaving anyhow.”

I must have sat there with my mouth open. For the first time in the entire hour I was speechless. I did not know what to say or do, except to say good-bye as he left. I never saw or heard from him again. It was such a confusing moment for me.

I was no stranger to cognitive dissonance. As a “Chozer b’Teshuvah,” I experienced it first hand, in me and in others. But, it usually manifested itself in either total disinterest in what I had to say, or a very argumentative partner. I had never experienced it from someone who politely heard me out, agreed with me along the way, and then just walked out. My brain just kept on saying, “This does not compute. This does not compute.”

In retrospect, I would say that he had reached the level of, “We will do,” but not of “We will understand.” I reached his brain, but not his heart. Few people ever go with their brain over their heart, so when his heart said, “Let’s go,” his brain just said, “Okay.”

There is another story that is told about someone who was biking through Israel, and looked the part. But, he came into the yeshivah nonetheless and spoke to someone for a while. Well, he allowed someone to speak to him, because he said almost nothing. Then, when the session was over, he got up and left and that was the end of him.

Or so they thought. The yeshivah bochur who had spoken to him returned to the States a couple of years later to complete his college degree. Being religious he naturally asked if he could room with someone more like him, and amazingly there was actually another Orthodox Jew who had requested the same thing.

On the first day he moved into the dorm, he found his co-religionist already in the room. As he prepared to introduce himself, the other person said, “I know you.”

“You do? Have we met before,” he asked, unable to place the face.

The other person just smiled, and finally told him, “You don’t recognize me,” he said, “because the last time we met I looked a lot different.”

“When was that?” he said, thinking maybe his new roommate was mistaken.

“About two years ago, when I was biking through Israel. We spoke for about an hour in your yeshivah, and then I left.”

The bocher’s face dropped. He was stunned. How? Why? When? he thought to himself. Never in a million years did he even consider that the person he spoke to that day would ever have ANYTHING to do with religion! He had written him off completely.

“How did it happen?” the bocher asked, astonishment in his voice.

“The truth is, when I left I had no plans of looking back. But as I biked through Europe, some things you said kept coming back to me, and I thought about them. When I got back to the States, I met this rabbi who invited me to come for Shabbos. I’m not sure why I accepted, maybe because of our discussion back in the yeshivah, but I did. One Shabbos led to another, which led to another, and before I knew it, I was going to classes . . . and here I am today, keeping the mitzvos!”

We can say that the original discussion gave the biker “Na’aseh,” the intellectual basis of what he should do. It took time to sink in, and once it did, he ended up going for Shabbos which is known to add the “Nishma” element to a person’s commitment. More people become religious and faster because of Shabbos than any class or seminar.

If a person thinks that Shabbos is a “Nishma” experience, it is nothing compared to Har Sinai and God talking from above the mountain. The level of intellectual and emotional clarity has been unparalleled throughout history, mimicking what it is like for the angels ALL the time. In Heaven, there is no separation between “Na’aseh” and “Nishma.” How can there be? The level of Divine revelation eliminates any possibility of a yetzer hara.

This is why we say the “Shema” out loud, and “Boruch Shem” in a whisper. Kabbalah explains that the “Shema” corresponds to the unity in Heaven and the angels. There is no doubt about God and His Providence there, so we say it clearly and strongly.

“Boruch Shem,” however, corresponds to our world, where intellectual confusion is possible and therefore emotional backlash. People doubt the existence of God. They have doubts about His Providence, or His fairness. It’s a confusing world, requiring one to have a lot of emunah. Therefore, we whisper this verse to indicate that we lack emotional clarity about this, but trust in it all the same.

This is what the Omer-Count was preparing us for all along. The 32 days until Lag B’Omer, the gematria of “leiv,” develop the heart. The 17 days after until the end, the gematria of “tov,” are supposed to turn the heart into a “good” one, the one we mention in the Shema when we say “b’chol levavecha.” We are meant to serve God with the yetzer tov AND the yetzer hara.

Ultimately, this is what stands in the way of a person reaching the level of “Nishma,” the yetzer hara. The brain can agree to truth relatively easily. The heart has to take it up with the “board,” and the yetzer hara sits on that board, and often sways the vote.

This is why we usually read Parashas Bamidbar in advance of Shavuos. It might not be obvious at first, but after reading the Maharal, it is as obvious as it gets. He elaborates on what the Talmud means when it says that a person has to make themselves like a “desert,” if they want to maintain a deep connection to Torah.

He goes into a lot of detail about the idea, and it is must-reading, especially in advance of Shavuos. The gist is that a person has to realize that they are, in essence, a soul, and not a body, and that material pleasures are not the goal, just a temporal means to a very lofty end. The more a person realizes this, the more spiritual goals will become their priority, and the yetzer hara will become less powerful. The more a person will be able to sincerely say “Nishma” as well as “Na’aseh.”