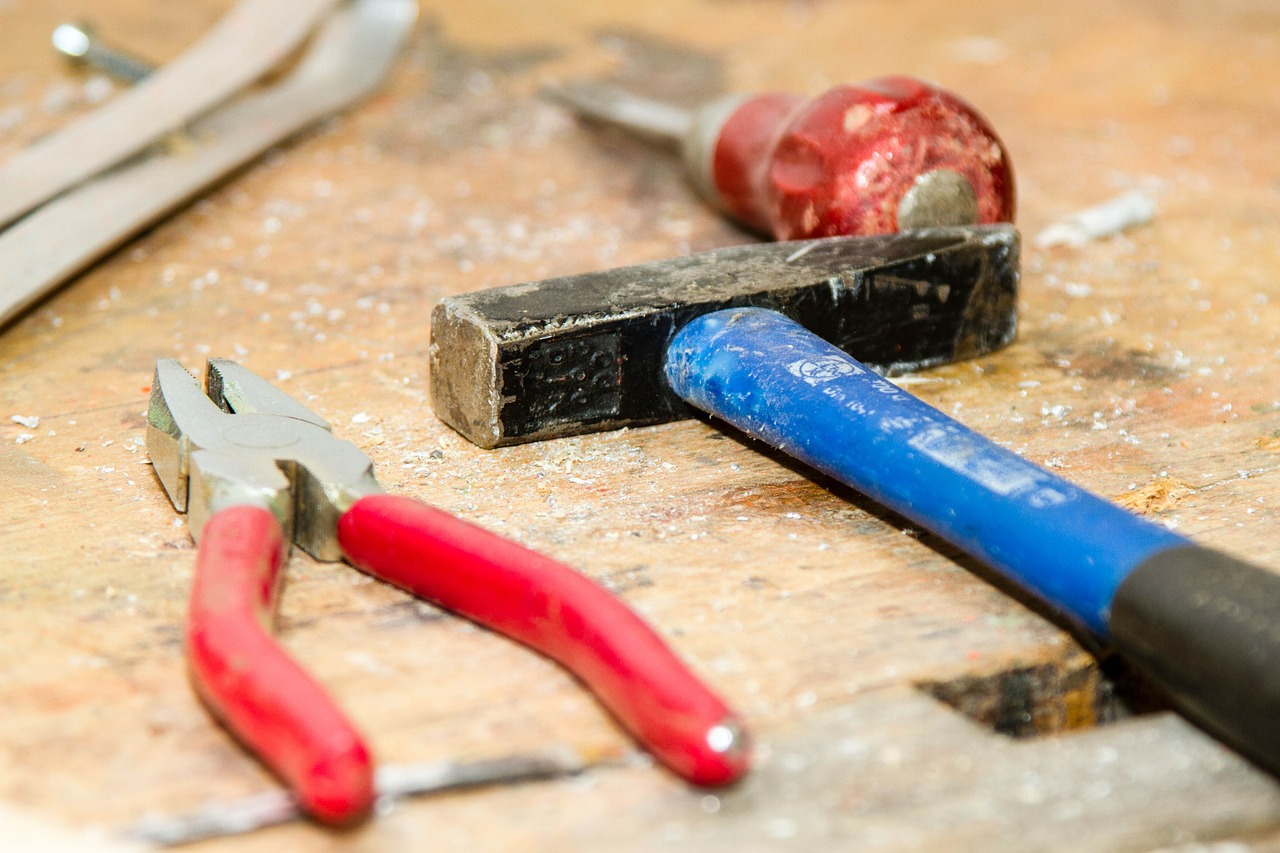 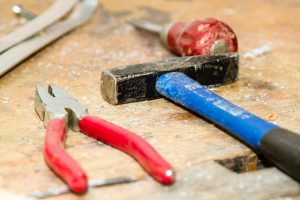 God said, “Let the earth sprout vegetation, seed yielding herbs and fruit trees producing fruit according to its kind in which its seed is found, on the earth,” and it was so. (Bereishis 1:11)

THE TALMUD STATES that a person must own his lulav and esrog on the first day of Succos to fulfill the mitzvah of “Arbah Minim.” They cannot be stolen or even borrowed, a stringency which does not apply to ALL mitzvos, and which originates from the following verse:

The inclusion of the word “lachem” in the verse insists that the lulav and esrog belong to a person for the sake of the mitzvah. Why? Neither the Torah nor the Talmud explain. The Leshem, however, in discussing a similar stringency provides a clue:

A financial acquisition of a person is relevant to the root of his Nefesh, which caused him to sin . . . (Drushei Olam HaTohu, Chelek 2, Drush 4, Anaf 12, Siman 11)

This means that when a person purchases something, its creates a spiritual bond with the acquisition, at least on the level of the Nefesh. People are attached to their money, especially when they legitimately earn it, and “sacrificing” it is a form of SELF-sacrifice. The money, and that which it purchases, becomes a partial spiritual projection of its owner.

This is particularly important which it comes to an actual sacrifice, as this verse makes clear:

Speak to the Children of Israel and say to them: “When a person from [among] you—MIKEM—brings a sacrifice to God . . . (Vayikra 1:2)

It is the usage of “mikem,” like “lachem,” that indicates the need for a sacrifice to be owned by the person offering it. But again, how does ownership change the nature of the mitzvah?

The Leshem explains that Creation is comprised of four elements: mineral, vegetation, animals, and hu-mans. Everything that exists, for the most part, is a unique combination of these four elements.

Prior to the sin of Adam HaRishon, all four elements were pure and holy. Impurity existed, but outside of man. It was the sin that changed this, and which caused a spiritual sullying of the four elements. It also internalized man’s yetzer hara, his evil inclination, making it the “ba’al habayis,” and future sin even more likely.

Though a person has five levels of soul, the only to be affected by the sin was the lowest, the “Nefesh Behaimis,” or “Animal Soul.” All levels of soul require rectification, but only the Nefesh has to be rid of “zuhama,” an indelible spiritual impurity which makes a person vulnerable to sin.

A sacrifice incorporated all four damaged aspects: salt is a mineral, wood is vegetation, the sacrifice was an animal, and a person offered it. Consumed by the fire of the altar, all four elements became purified with respect to the sinner’s Nefesh:

When he offers them on the altar and the fire of the altar consumes them, his Nefesh becomes purified of them. (Drushei Olam HaTohu, Chelek 2, Drush 4, Anaf 12, Siman 11)

IF HE OWNS it. It is the sinner’s ownership that allows the sacrifice to work on behalf of his Nefesh, to rectify it, to make him less vulnerable to sin in the future. The financial investment in the animal created a spiritual bond that allowed the sacrifice to impact the offerer’s spiritual being.

It would seem that this must be true of a lulav and esrog as well. In fact, the Talmud even says:

Rebi Avahu quoted Rebi Elazar as saying, “Whoever takes a lulav with its binding and the hadas with its wreathing is regarded by the Torah as though he had built an altar and offered a sacrifice.” (Succah 45a)

Really? Why? What does one mitzvah have to do with the other? Why must such a connection even exist? Every mitzvah causes its own measure of Tikun Olam.Why must the correct halachic performance of Arbah Minim be like offering a sacrifice?

To begin with, there ARE four species: lulav, esrog, hadas, and aravah. And, just as there is a hierarchy in “Datzcham,” there is a similar hierarchy in terms of the arbah minim, from top to bottom: haddasim, aravos, lulav, and esrog. They correspond to the 10 sefiros that spiritually “govern” our world.

These are the level of sefiros that man can impact through free will decisions. When man correctly executes the will of God, they receive Divine light and Creation flourishes. When man sins, they are denied Divine light, and Creation falters. Taking a lulav and esrog and waving them in six directions indicates a person’s will to do the former and avoid the latter. It is tikun at the highest level possible for man.

This explains the great simcha spoken about in the verse:

Take for yourselves on the first day, the fruit of the hadar tree . . . and you shall REJOICE before GOD your God for a seven-day period. (Vayikra 23:40)

The holiday of Succos is called “Zman Simchasainu,” the “Time of our Rejoicing.” But isn’t EVERY Jewish holiday this as well? Yes, but not to the extent that Succos is. Why? Because, the Talmud states:

Rebi Shimon ben Gamliel said: There were never great days of joy for the Jewish people than the 15th of Av and Yom Kippur. (Ta’anis 26a)

Why is Yom Kippur such a joyous time? The Talmud explains: Divine forgiveness. After spending the nine previous days coming clean before God, climaxing in a hard day’s work of sincere teshuva with fasting on the 10th, there is an exuberance that comes from having paid one’s debt and receiving a new lease on life.

Pleasure can come from many things in life. Simcha however, comes specifically from being spiritually in tune. The soul feels pure, the body feels pure, and the person feels great. THIS generates pure simcha.

THIS IS WHY the halacha states that there is only simcha on Yom Tov from eating meat and wine. In Temple times, the meat and wine were from the Korban Shlamim, offered to God in appreciation for the good a person enjoyed in life. Eating them today on Yom Tov is a throwback to those days, and this Temple-awareness creates a current spiritual connection to ancient times.

Such joy however is the basis of something even more important:

The Divine Presence does not dwell where there is sadness, laziness, frivolity, lightheadedness, idle talk, wasteful speech, but only where there is simcha shel mitzvah. (Shabbos 30b)

“Hashras HaShechinah,” or the “Dwelling of the Divine Presence,” requires simcha. Prophets used to listen to music just to enter a state of simcha so they could enter a state of prophecy. It is a heightened spiritual awareness that leads to simcha, which leads to envelopment by the Shechinah.

Thus, though moving into a succah after Yom Kippur may not make sense weather-wise, it makes PERFECT sense regarding Hashras HaShechinah, represented by the succah. Yom Kippur cleaned the slate. The mitzvah of lulav and esrog elevate the person. The succah is the reward for all of it. It represents the ideal state of Creation, as did the Clouds of Glory which protected the Jewish people the 40 years they traveled in the desert.

This is the reason why an esrog is the fruit of choice for the mitzvah. Sin, as Rashi points out, did not begin with the first man. It already occurred in some form prior to man’s creation:

God said, “Let the earth sprout vegetation, seed yielding herbs and fruit trees producing fruit according to its kind in which its seed is found, on the earth,” and it was so. (Bereishis 1:11)

Not coincidentally, the Talmud, when discussing the kind of fruit mandated by the Torah for the mitzvah of arba minim says:

Apparently, not EVERY tree was impacted by the ground’s decision on the third day of Creation. One tree came into existence as intended by God, the Esrog tree. Therefore, one fruit symbolizes the perfection of Creation, even today: the esrog. Taking it for the mitzvah on Succos not only rectifies the world, it connects a person to its more perfect, intended state.

Thus, if ever there was a reason to invest ADDITIONAL money in a mitzvah, it is to purchase an esrog. The more money one “sacrifices” for his esrog, the more “lachem” it becomes for him. He becomes more invested in the mitzvah, the tikun, and the connection to Godly perfection.

The more SIMCHA he can enjoy.