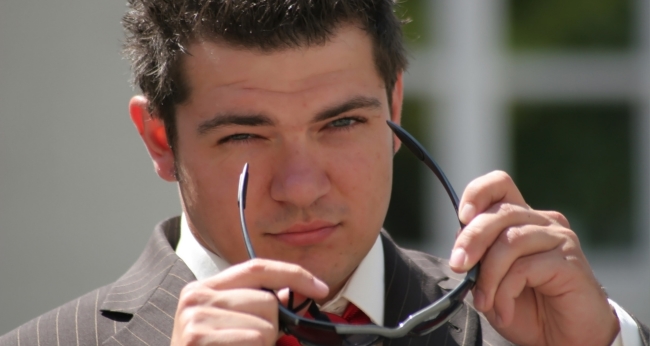 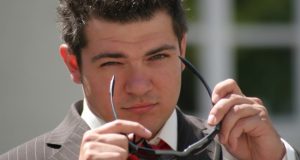 They assembled against Moshe and Aharon, and said to them, “You take too much upon yourselves, for the entire congregation are all holy, and God is in their midst. So why do you raise yourselves above God’s assembly?” (Bamidbar 16:2)

WHO IS A happy person, the rabbis asked. They answered, “One who is happy with his portion” (Pirkei Avos 4:1). Obvious, no? We’re only really unhappy when we believe we lack something. So, if you want to be happy, all you have to do is believe that you lack nothing! Simple enough, right?

Huh! Tell that to thousands of years of mankind that has lived with the belief that they could always have more, and should. There has been so much cheating, stealing, lying, murdering, etc., and not always in self-defense. It’s often been the result of people or nations trying to get more than they presently have.

Sometimes we can’t help it. We were hardwired not to starve or freeze to death. You can’t expect a person to say, “You know, even though I am about to die from starvation, my stomach kills from hunger, and I have no strength to do anything about it, I’m actually okay with it.” That’s not Godly either.

Obviously, the rabbis are speaking about a person who COULD be satisfied with his lot in life. If he lived on an island by himself, he would go to sleep each night with a smile on his face. If he wasn’t constantly bombarded by the “more” in life, he would even want to think about it. But he is bombarded, so instead he goes to bed “hungry,” wondering what he can do tomorrow to get that “more.”

This really is just a yetzer hara, a yetzer hara to be discontent with one’s portion in life. And, it is not just a physical thing. It is a spiritual thing as well, preventing people from enjoying their spiritual accomplishments in life because they do not match up to someone else’s.

The ironic thing is, that what we all pursue is pleasure. It can be physical or it can be spiritual, just as long as it is pleasure. And yet, so many deny themselves the very pleasure they live for, by allowing themselves to focus more on what they do NOT have than what they DO have. They have reasons to take pleasure in what they already have, and they sacrifice them in the pursuit of pleasures they do not have. Is that not a big yetzer hara?

Just ask Korach, well, at least now. At the time he challenged Moshe Rabbeinu he thought he was going after what was rightfully his. Moshe Rabbeinu tried to tell him otherwise, but Korach was having none of it. He was the “captain” of his rebellion, and he literally went down with his “ship.”

Where does this sense of entitlement come from? Unquestionably, we all have “rights.” The Torah gives them to us. A huge section of the Talmud is devoted to clarifying those rights, and the protection of them. Even slaves, when they were allowed, had very specific rights, so clearly the Torah entitles people.

The better question is then, where do we get our FALSE sense of entitlement? That’s the one where we believe that we having something coming to us that, we don’t, or shouldn’t. How do we work ourselves up to the point that we can believe such falsehood?

It starts with tayva—desire. The only justification a person really needs to fulfill a tayva is that it FEELS good. And, because it FEELS good to fulfill it, it FEELS bad to lack it. The longer this is true, the worse a person feels, forcing them to do one of two things: give up on it, or scheme to get it. The latter becomes even easier when more than one person shares the same false entitlement, and easier yet when society does as a whole.

Desperate people or people without self-dignity will find a way to just “take” what they want. More “civilized” people will look for some kind of legal “justification.” Korach did not go in with all guns firing and take the Kehunah hostage. He devised a complaint of nepotism against Moshe Rabbeinu, and insisted that ALL Jews were equal in terms of holiness.

In reality, Korach was sore that he was passed over for promotion. He reasoned that he was in line for the new job by virtue of his birthright and regardless of his qualifications. When he saw another given the job he wanted for himself, he tried to create a national issue, and surrounded himself with important people to use them as a shield.

Let’s not forget the Jewish people were still surrounded by the Clouds of Glory. Do not forget that mann still fell from the sky. The Mishkan functioned, and the Divine Presence filled it, so it was not a question of non-believing Jews challenging the authority of the Torah world. This was an internal conflict, one which they knew God was also watching. It was a MAJOR gamble, and Korach needed an insurance policy.

If Korach had challenged Moshe on his own, or with a handful of people, then it would have been too easy to squash the rebellion. Instead, Korach buffered himself with 250 high ranking Torah officials, giving weight to his claim and credence to his chutzpah.

Moshe Rabbeinu was Moshe Rabbeinu. He was the greatest prophet to have ever lived, and certainly knew the inner workings of people like Korach. If Korach wanted to play Chess, Moshe was prepared to let him beat himself at his own game.

This is why Moshe Rabbeinu did not play the role of decider. Instead, he turned the decision over to God, making himself just a “spectator.” He turned it into a fight between Korach and his Creator. It put Korach into “Check,” but his gayva—pride—would not allow him to concede the match, and he continued to “play” until his final move. Maybe there was still a way to win.

There wasn’t. The next day when the earth opened up and swallowed Korach and his “insurance policy,” it was “Check” and “Mate.” The day before, Korach had been like every other Levi, meriting to serve in the Mishkan and aiding the Kohanim in their avodah. One day later, he was in the bowels of the earth and out of EVERY job, roasting instead, the Talmud says, like a piece of meat.

That’s what the Talmud says about the Sotah, the adulteress woman, the symbol of anyone who wants more than is theirs. She not only didn’t get what she desired, she also lost what she had: her husband and family, and if guilty, her life. Somehow, in the midst of all her tayva and that of the man with whom she cheated, she felt “entitled” to have what she yearned for.

This is what the Talmud means when it says:

From here we learn that righteous people value their property more than their own bodies. (Chullin 91a)

This alone is surprising to learn. Righteous people value materialism more than their own welfare? Why? The Talmud’s answer is even more surprising: So they won’t steal.

True “God gives and God takes away.” But sometimes we give Him reason to, especially if we pursue that to which we really are NOT entitled. That is a CRUCIAL life lesson, one best learned BEFORE being swallowed up by the earth, or anything else for that matter.