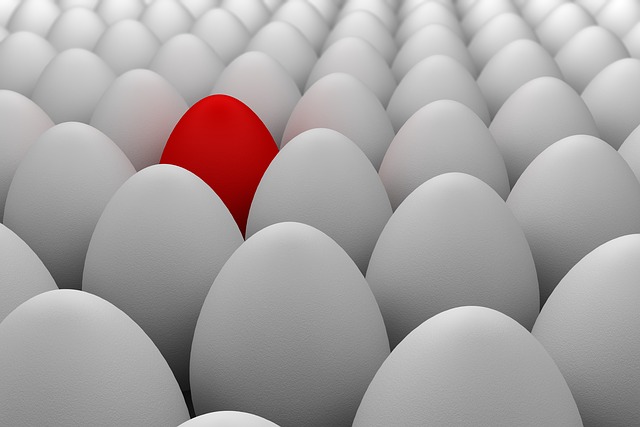 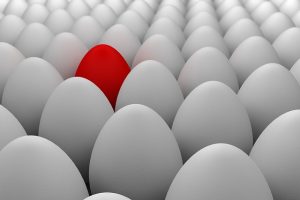 Speak to the Children of Israel and say to them: Should any man’s wife go astray and deal treacherously with him . . . (Bamidbar 5:12)

HOW MANY TIMES have you seen someone do something in public and wonder to yourself, “Doesn’t that person see what they look like?” The better and more embarrassing question might be, “How many times have I done something in public, oblivious to what it looks like to others?”

I know that there have been many times when I thought I was the only person somewhere, only to find someone else there. Without even thinking about what I might have done, I have immediately felt embarrassment as I had been caught in the act of doing something. Only after realizing that I had not done anything out of the ordinary did I finally start to feel “normal” again.

Other times it has not been as simple. Sometimes I would think I was alone for quite a while, only to see I wasn’t. But by that time so much time had passed so I could not recall everything I did. Since I was not aware of my context until much later, I could not recall by then everything I MIGHT have done or said. In such cases, you almost want to ask the “other” person (or video camera you did not see until later) if you did anything you should feel embarrassed about.

Does this make me self-conscious? It certainly does, but for the most part, in a productive kind of way. I don’t spend my time worrying about what others think about me, but I do make a point of TRYING not to give them something negative to think about me. I try to remain aware of my surroundings, and act appropriately, especially if I am a religious Jew among non-religious people. I am wary about creating a Chillul Hashem—Profanation of God’s Name.

One really good piece of advice for avoiding embarrassment is, never ASSUME you are alone, KNOW you are not alone. How many people have been caught doing the funniest things on hidden cameras? How many “hysterical” videos have been posted over the years revealing the antics of people who thought they were free of the public eye, much to THEIR embarrassment? Some lenses can take pictures from a 275 miles away, not that you could be caught doing anything discernible from that distance.

Unless we’re talking about God’s lens. He can take “shots” from Heaven and they all come out crystal clear. He doesn’t need to blow up any of His pictures, and even if He did they would not come out grainy at all. They are all high density resolution, so there’s no mistaking who the subject is: You.

Unlike the CIA, FBI, KGB, etc., God doesn’t mind us knowing that He has us in His frame. On the contrary, He PREFERS it. He wants us to be self-aware at all times before Him, telling ourselves, “God is watching what I am doing. Is this something I have worry about?” It’s called, “Fear of God,” and it is one of the most important traits to develop for going to the World-to-Come and avoiding Gehinom.

Getting caught in the act usually provides instant context. There are few things as telling as the face of child who gets caught with his hand in the cookie jar. The excuses, rationalizations, and justifications may flow from his mouth to save his life, but his face screams out, “GUILTY AS CHARGED.” Facing his punishment, he will even ask himself, “Was it really worth it in the end?”

Within a human context, the answer can still come back “yes.” Humans are not all-knowing, and some bank robbers have outsmarted even the most sophisticated security systems. Crime is so rampant, “Blue Collar” and “White Collar,” because it can pay quite well, if and when you get away with it.

Within a Heavenly context, there is no such thing as crime paying. Heaven may take its time in exacting payment for a crime, perhaps even after a person has died. But pay they will, and ALWAYS in a way that will make the person ask, “What was I thinking when I did that? I must have been out of my mind when I thought it was worth it!”

Well, that’s how the Talmud phrases it:

A person does not sin unless a spirit of insanity enters them. (Sotah 3a)

Take a Sotah, for example, the suspected adulteress. A known adulteress did not go through the procedure discussed in this week’s parsha. If there were witnesses to his sin, she and her accomplice were given capital punishment. If the sin was not witnessed in such a way as to make her culpable of death by Bais Din, then Heaven took care of it another way.

To become a Sotah, a woman had to be warned by her husband in front of witnesses to not be in seclusion with a particular man. If she was caught by witnesses in seclusion with that particular man for a specific period of time, but denied any wrongdoing, then she was brought up to the Temple to be tested as a Sotah. If guilty, she and her co-sinner died gruesome deaths. If innocent, then she was blessed instead.

The question often asked is, if the woman was innocent, why must she go through such a humiliating experience. The answer usually given is, she may have been innocent of adultery, but she should never have ended up in a situation of suspicion, especially once she was warned. It was her lack of “social context” that put her in a circumstance requiring her to not only clear her name, but erase Hashem’s Name to do it. That is VERY serious.

Ultimately, there is a difference between a person who is just on the good boat “Life” for a pleasure cruise, and a person who is sailing through life with a mission. The first person is far less aware of himself or his context, focused more on what life can give to him than what he can give to life. It’s the way that most people go through life, especially today, which is why the divorce rate soars.

The second person, like a spy on a mission, does just the opposite. They are very unfocused on the experience they could be having, and more focused on who they are, what they are doing, and what is happening around them. They know that the slightest distraction can cost them their life. They appreciate how the slightest indulgence can ruin their mission.

We are not spies, and we don’t have to worry about our physical safety to such an extent. We can have fun. We can indulge a fair bit. But, like a spy, we can never lose track of context. We have to be aware of ourselves, and of what we are doing, not because a hostile enemy wants to take us down. It is because a loving God wants to raise us up. He WANTS us to succeed. He WANTS us to go to the World-to-Come, and wants to help us avoid the pitfalls created by our yetzer hara.

The best thing about this, besides the fact that we will live far more productive lives, is that God will have our backs. If He sees that we do the best we can to remain aware of actions in order to keep them true to Him, then God will watch out for us when we cannot in order to help us accomplish that goal. As the Talmud says, “If a person sanctifies himself a little, they will sanctify him a lot” (Yoma 38b).