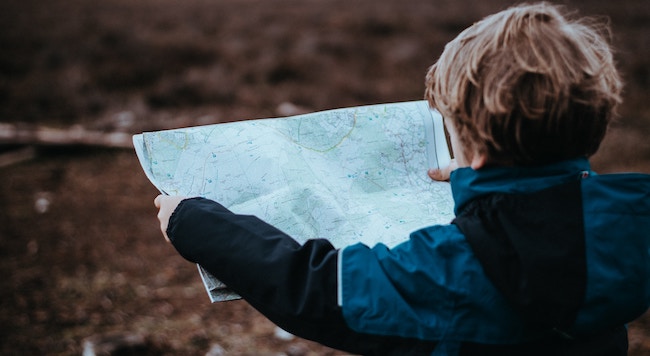 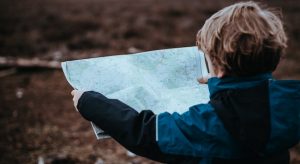 This is the accounting of the Mishkan—the Tabernacle of Testimony—as requested by Moshe of the Levites, under the guidance of Itamar, the son of Aharon the priest. (Shemos 38:21)

WITH THE FINAL parsha of Sefer Shemos, we conclude the discussion about the construction of the Mishkan. With the beginning of Sefer Vayikra, b”H, we will be shown the Mishkan in action. “Toras Kohanim,” another name for Sefer Vayikra, will introduce us to the sacrifices that were brought there as part of the service of God.

The Mishkan was a miniature universe. It was certainly far from being just another physical structure. Everything about its construction and the service of God which it made possible was Divinely-designed to educate and elevate. But, like with respect to any “map,” the Mishkan, without a proper legend, is unusable.

The first question is, how many areas did the Mishkan incorporate? The most obvious answer is, three. The “Chatzer,” or Courtyard, which was 50 amos by 50 amos, the “Kodesh,” the Sanctuary in which the Showbread, Menorah, and Incense Altar was located, and which was 20 amos long by 10 amos wide, and, of course, the “Kodesh Kodashim,” the Holy of Holies in which the Aron was placed, and which was 10 amos by 10 amos.

There was, however, ONE more area, and it was the world beyond the curtains surrounding the Mishkan. It was the world in which everyone else lived, but it was still an “area” of the Mishkan, making the total Mishkan areas FOUR.

Why is this important? Because the four levels correspond to the four letters of God’s Ineffable Name, and represent the totality of Creation, physical AND spiritual. And, as such, they also represent the three-step process to spiritual growth and personal perfection, and an important insight into Purim to boot.

The “Outside World,” in which we all start off, corresponds to the Final Heh of God’s Name. Though part of God’s Name, this Heh has the spiritual capacity to become separated from it as a result of sins. Hence, Teshuvah, spelled Tav-Shin-Vav-Bais-HEH, is really “teshuv-HEH,” or, “return Heh,” because repentance “returns” the Heh to the rest of God’s Name.

When the Heh is distant from the other three letters, hester panim—the hiding of God’s face—occurs. It is the reality of Amalek, who does everything he can in every generation to make it appear as if God does not exist, or at least does not involve Himself in human history. Mankind becomes “hefker,” doing as he pleases with impunity.

Therefore, returning the Heh, so-to-speak, reverses Godlessness. It undoes the hester panim and promotes “gilui panim” instead, the revelation of God to mankind, making man more morally responsible for his beliefs and actions. As the Torah stated at the end of Parashas Beshallach, God’s Name will only be complete, once Amalek is gone from Creation once-and-for-all.

The beginning of that tikun requires a person to enter the world of the Mishkan, where the Presence of God dwelled. The first area was the Chatzer, which corresponded to the third letter of God’s Name, the Vav. It’s where the altar stood, and sacrifices were offered to atone for sins. And, it was 50 by 50 amos, and that says EVERYTHING.

Fifty. Now THERE’S a mystical number, specifically because it is THE number that alludes to the Nun Sha’arei Binah—the Fifty Gates of Understanding. They are very Kabbalistic, but suffice it to say that they are the basis of ALL Torah knowledge, from the simplest to the deepest. They are what give a person access to the intellectual perspective to see the world as God does, as much as is humanly possible.

This is what it was like to enter the area of the Mishkan. It was EXPERIENTIAL Torah. A person could gain inside the Chatzer in a few moments, what could take them years to learn from seforim. God is EVERYWHERE, including the world beyond the Chatzer. But this became EMOTIONALLY perceivable once inside the Chatzer.

This is why this area corresponds to the Vav of God’s Name. It is the number six, which is a number of redemption, and therefore Yosef HaTzaddik, the first Moshiach Ben Yosef. It is through 50 Gates of Understanding that one goes to freedom.

At the other side of the Chatzer was the entrance to the Kodesh, the Sanctuary, which only kohanim could enter. That is where the Menorah was daily kindled, the showbread resided, and the incense was burned on its own gold altar. All three corresponded to “Da’as,” which is Godly knowledge, and the result of the Nun Sha’arei Binah.

The Kodesh itself was 20 amos long. Therefore, the distance from the entrance to the Chatzer to the Paroches, the curtain separating the Kodesh Kodashim from the Kodesh, was 50 + 20 amos, or 70 amos altogether. Regarding this number, the Talmud says:

Anyone who becomes settled through wine has the knowledge—da’as—of his Creator … has the knowledge—da’as—of the 70 Elders; wine was given with 70 letters (Rashi: the gematria of yai’in—wine—is 70), and the mystery (of Torah) was given with 70 letters (sod—mystery—also equals 70). When wine goes in, secrets go out. (Eiruvin 65a)

Wine? 70? Isn’t Purim a holiday about wine, celebrating a holiday that occurred in the 70th year of exile? Isn’t there a book all about that, called something like, “Redemption to Redemption: The Very Deep & Intricate Connection Between The Holidays of Purim & Pesach”? (See the end of this week parsha sheet.)

Last, but CERTAINLY not least, was the fourth and final area, the Kodesh Kodashim—Holy of Holies. It corresponded to the Yud of God’s holiest Name, the area itself being Yud by Yud amos—10 by 10 amos.

It was a place where the laws of nature broke down. According to the Talmud, the Aron HaKodesh did not take up physical space. It was there, visible, but bigger than the 10 by 10 space it occupied, and yet it still fit.

Like the miracle that took down Haman in 70 days.

Like the sea that split to free Jews and drown Egyptians.

No wonder the Torah spent so many verses on the Mishkan. We may not all be architects of physical structures, but we are all architects of our lives. And like any building, such “construction” also requires a plan, and that’s the Mishkan. After all, had it not been for the golden calf, each one of us would have been a Mishkan. Now we have to make ourselves that way, by following the map laid out by the actual Mishkan.

Redemption to Redemption: The Very Deep & Intricate Connection Between The Holidays of Purim & Pesach

Purim is fast approaching, even with an extra Adar, and Pesach after that. These are two of the greatest spiritual opportunities of the year, and they often pass ill-used, because people do not realize what they offer. At least, that is what I found out when I set out to author what remains to be one of my favorite efforts.

Why? Because we Jews have a principle that says to do a mitzvah first chance you get, because you never know if the opportunity to do it will later disappear. Personally, I have seen that happen often enough.

Yet, the Talmud says, we ignore that principle for an idea that says we should keep the redemption of Purim close to the redemption of Pesach. Therefore, we wait until the second Adar to celebrate it. The question now became: Since when do we push off a halachah for a nice idea?

The obvious answer is, when the nice idea is a lot more than just a nice idea. That got me thinking, and then writing, and the result was a book that shows how Purim is really necessary to properly celebrate Pesach, and how both are necessary to truly be free, in the ultimate sense of the term.

As mentioned previously, if you’ve read a book of mine and enjoyed it, it would be great chesed if you review it on Amazon. Thank you very much in advance.