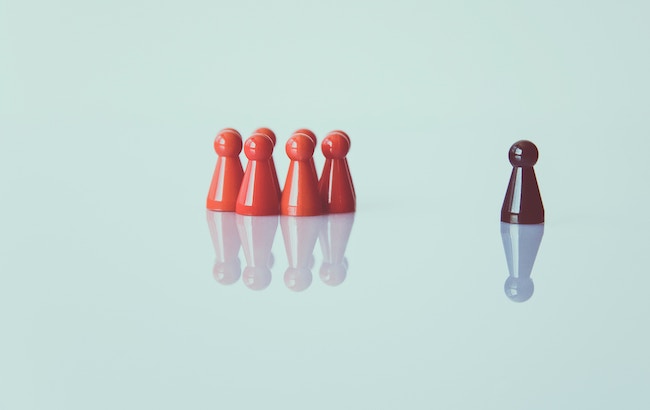 You Want to Lead? 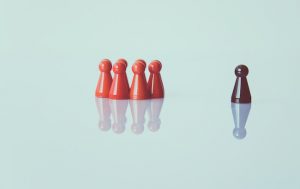 Come, speak to Pharaoh, the king of Egypt, and he will let the Children of Israel out of his land … (Shemos 6:11)

IT TOOK GOD seven days to convince Moshe Rabbeinu to take the reins of leadership and guide the Jewish people to freedom. And even that was only after God became angry with him, and basically told him that he had no choice in the matter. He was the man for the job, end of story.

One can certainly understand God’s impatience with Moshe Rabbeinu. I mean, SEVEN days!! What actually went on during that time, God saying “Go!” each time, and Moshe just “No” each time? For seven consecutive days?! And why get angry with Moshe? Just tell him, “Listen, I’m God, you’re Moshe. When I say ‘Jump!’ you say, ‘How high?’ okay? So, get your things together and be on your way already! There’s a nation in need of saving, and you’re holding up the show with your stubbornness!”

We don’t dwell on this because we don’t give much thought to what actually happened. First of all, the Torah doesn’t say that it had been a 7-day debate. Secondly, we tend to deal with God as if He is human, ascribing to Him traits that really belong to us. “I would have gotten angry at Moshe too, so why shouldn’t God have?”

Because, unlike human beings God doesn’t LOSE His patience. He can make anything He wants happen anytime He wants it, and He could have made Moshe said yes right off the bat. At the very least, God could have made it clear to Moshe from the get-go that there WAS no choice.

Furthermore, humans get angry because they get frustrated. When they believe they have hit a wall they can’t reason through, they resort to emotional brute force. Otherwise, they believe, they will have no chance to accomplish their goal.

God, on the other hand, Who we tend to forget is above time and already knows how things will turn out before they do, can clearly play it cool if He wants to. He knew Moshe was going to be the one to save the Jewish people before Moshe even decided he would be. That’s one of the many perks of being God.

And, of course, God being God means that He is perfect in every way. He does not have shortcomings—ANY. He may SHOW anger, but He doesn’t GET angry, not like we humans do. And when He does, it has NOTHING to do with Him, only the person or people He shows His anger to. It’s completely for their benefit, and whatever it may have to do with their mission.

In other words, God allowed Moshe Rabbeinu to decline his responsibility as savior for seven days because it somehow was supposed to make him a BETTER savior. When God became “angry” with Moshe, it was to also make him into a better savior. If we figure out how and why, then we can gain insight into what we should be doing to expedite our OWN redemption, national and personal.

What we have to remember is that, even though this is the story of the redemption of the Jewish people from Egypt, it is also about the development of Moshe Rabbeinu as a leader. This is not just a side show. This is a MAIN event, and perhaps, in many respects, THE main event.

After all, Moshe Rabbeinu is not only the one who led us out of Egypt the first time. He will also be the one who will lead us out of “Egypt” the final time as well. He will come, or at least his Neshamah will, in Moshiach. He was, is, and will be the quintessential leader. So, whatever happened to him along his way to becoming this central figure in Jewish history was all part of his development process.

Therefore, by patiently allowing Moshe to dissent for seven days, God taught Moshe just how patient he would have to be when dealing with the Jewish people in the future. Over and over again they would try him, perhaps even push him to his limits. And, when they did, he had to already know what it was like to be patient with those who try you.

But, as leader of the Jewish people, he also had to know what it means to have a limit, to be able to stand up to the opposition and say, “Until here!” And, if need be, he had to be ready to show his seriousness and, when necessary, intimidate the dissenters, just as God had done with him.

As Golda Meir once told an American President, “Mr. President, you are only President over a couple of hundred million citizens. I am Prime Minister over three million Prime Ministers!” Not an easy task in life.

These weren’t messages for Moshe Rabbeinu alone. They were messages for any person who finds himself in a position of leadership over the Jewish people. That’s right, FINDS himself or herself in a position of leadership. Because, that is another lesson we learn from Moshe Rabbeinu’s appointment as national shepherd. The role has to come after you, and not the other way around. The moment you want and pursue it is the moment you have to wonder which agenda is pushing you to do so.

His training behind him, he was now ready, in this week’s parsha, to deal with a distraught Jewish people, and an arrogant Egyptian leader. It was finally time to put into practice as a leader what he had thus far learned.