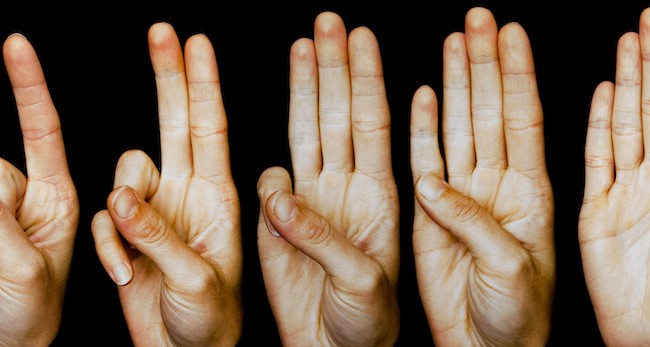 When It Really Counts 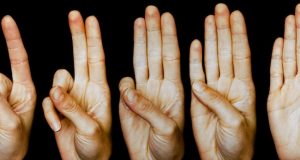 God spoke to Moshe in the Sinai Desert, in the Tent of Meeting on the first day of the second month, in the second year after the exodus from the land of Egypt, saying… (Bamidbar 1:1)

ONCE AGAIN THE Torah is going to count the Jewish people, and Rashi explains why:

I don’t know if it is only me (though I doubt it), but every time I see this Rashi, or even just think of it, I see the tattooed numbers of Holocaust victims. I can’t seem to shake it. It just always comes to my mind, along with this creepy-sad feeling. Until the Holocaust, this Rashi was a cause for celebration. Since it is a reminder of what it means to be counted for bad.

But don’t make the mistake of thinking that the numbers on the arms of Holocaust victims canceled out this Rashi. They didn’t. On the contrary, they give incredible modern-day credence to an ancient concept, that God counts His people. The VERY hard part is figuring out where the love was between 1942-45.

In last week’s parsha, we read the blessings and the curses. It has always struck me how the curses are the flip side of the blessings. They are the blessings in reverse, not just bad things that happen to the Jewish people for disobedience. It’s almost as if the Torah is saying, “This was supposed to be for your good. Instead, you’ve made it for your bad.”

Some time back, I found out that, Kabbalistically, this is true. The curses are not just punishments. They are, in fact, the good that God had intended for us, had we been worthy of it. If we proved to be unworthy, that good had to go somewhere. And it did, to our enemies, to be used against us.

This is a concept I have mentioned before. Though we may not be anxious for redemption, God is. It may not matter that much to us, that the Temple has yet to be rebuilt, and that the Shechinah lacks a “permanent” home inside of it. But it matters to God…A LOT! Regardless of our apathy, He is constantly trying to kickstart our redemption, by giving us what we spiritually need to make it happen.

This heavenly help can take many forms, but all of it is the result of extra spiritual energy. It’s above and beyond what the Jewish people and the world require to maintain a temporal world. And if people tune in to it, they can find themselves unusually inspired to redemption-like things and have uncanny success.

The question is, what happens when the extra energy does not get used by the Jewish people? Does it just go back to Heaven?

Unfortunately not. Someone else will end up using this energy for something else. In fact, the Age of Enlightenment and the Industrial Revolution were more than progress. was At that time, this energy was put in the world for the Jewish people to use, to reveal Torah on deep levels, in preparation for the Final Redemption. We didn’t do it, so the energy went elsewhere and was used by some very bright people to modernize the Western world’s thinking.

It is hard to do. First of all, it is certainly a very sensitive topic. Secondly, we don’t have enough great spiritual clarity that we can figure out such things these days with significant accuracy. But, perhaps by looking again at Rashi above, we can find something that might be a clue.

From Rashi, it seems that God doesn’t just count the Jewish people like someone who likes to count their money, just to enjoy how much they have. God seems to count the Jewish people like someone who has LOST a lot of money and wants to know how much He has left. Every soul matters to Him, and even though He COULD save all of them if He wanted to, often it would be breaking the rules of Creation, which He does not want to do.

I used to think that the numbers on the arms of all the Nazi victims were to tell us what we could have had, and didn’t, and about how a blessing became a curse. We had been working towards returning to Eretz Yisroel since the Vilna Gaon’s time at the end of the 1700s, but 200 years later we still chose to remain in Europe. Rather than be counted for good on Jewish soil, we were counted for evil on foreign European soil.

There is truth to that, as we saw how the European exile came to an abrupt and horrible end, while the building of Eretz Yisroel followed immediately after, quite miraculously. But now I think that it is more than that. It is God letting us know that as much as it looks as if He abandoned His people in their time of need, He has kept track of each and every one, even those the Nazis could not get to imprint with numbers. It was His way of telling us after the inhuman slaughter of Jews ended, He counted every survivor to see how many precious souls of His remained, out of His great love for the Jewish people.

Love? GREAT love? Many would question this and say, “Tough love is one thing. But a Holocaust? That is something altogether different!”

It is not for us to say. We are those who did not know the horrors of the Holocaust. We have questioned God’s love, about a lot less, so how can we explain how the Holocaust was a function of God’s love, even though it had to have been.

What is amazing is that the people who DID see and experience the devastating evils of the Holocaust…who did lose family members, or their entire family between 1942 and 1945, and could have emerged from the smoke and ashes with their love of God intact, and their belief in His love as strong as ever. THEY are the only ones with the right to speak about it. How did they manage that?

I’m not sure that even THEY know. And I’m not sure that it was a function of what they learned in school…or even in yeshivah. I think an unquestionable and unshakable love of God is something a child gets from their parents during the earliest of years before the child is even able to fathom Who God is, or that He always loves them, and why they should love Him back.

The rabbis answer that it is one’s ability to honor and fear their parents, which makes possible their future honor and fear of God. If a child does not learn how to do the first one, then they will certainly have trouble honoring and fearing other authority figures, especially God, Whom they cannot see.

The same is true of love of God. Though the Rambam describes how one can gain a love of God just by appreciating Creation and all that God has done, we see that the vast majority of people do not. Why not? There can be a few answers. One of them can easily be, that they never learned unconditional trust and love in their home during their formative years. Too often they felt betrayed, abandoned, and those are feelings that are hard to escape the rest of one’s life.

But one can overcome such setbacks, still work on and increase their love of God, and learn to believe in God’s love despite their emotional setbacks. A good starting point, or at least reinforcement, is Rashi’s statement above. Regardless of what happens to us, we have to know that we always count to God, because He loves us beyond our imagination.