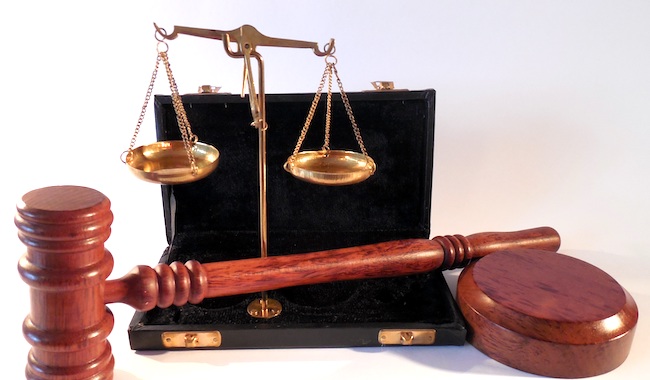 To the Side of Merit 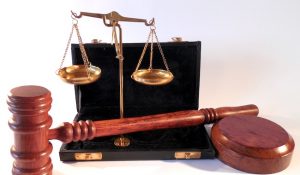 Miriam and Aharon spoke against Moshe regarding the Cushite woman he had married… (Bamidbar 12:1)

AT THE END of this week’s parsha, Miriam and Aharon consult about their brother’s marital relationship. Apparently Tzipporah, their sister-in-law, had let slip a complaint about being married to a prophet of God, and they thought that maybe they should try to bring Moshe back down to earth a little, for the sake of his family.

In the end, it turned out that they had been in the wrong, and God told them so. Miriam ended upon with tzara’as, and according to the Talmud, Aharon as well. Apparently they had spoken loshon hara about Moshe, and even though it had been for all the right reasons, God still took them to task for it.

At the heart of the matter is a separate mitzvah, the obligation to judge another to the side of merit. If Miriam and Aharon had assumed that Moshe Rabbeinu had good reason for his actions, their loshon hara would never have occurred, and neither would the tzara’as that came as a result.

The Talmud, when discussing this seemingly very important mitzvah also provides examples of the extent to which it goes (Shabbos 127b). The first example is of a wealthy man who could not pay his worker what he owed him. The worker asked for his money, and when his employer said that he had none, the worker then asked for other things of value, just to get paid before returning home to his family. He did not wish to come home to his family empty-handed.

No such luck. To each request the employer said no, each time saying he was unable to comply but never giving a reason why. When the worker figured he had run out of options, he threw his sack over his shoulder and headed home disheartened. But never once did he ask his employer for an explanation, or accuse him of lying and trying to shortchange him. He just accepted the answers and his fate and went on his non-merry way.

Shortly after the holiday, the employer loaded up his donkeys with food, drink, and money. Then he headed off for his employee’s home. After feasting with him and paying him his due, he asked his worker, “When I told you I had no money, possessions, produce, etc.,” what did you suspect?

For each thing, the employee gave a reason that absolved his employer of any wrongdoing. Each time, though he could have easily suspected his employer of no-good, the worker instead assumed that some unforeseen circumstance had come up, that had prevented his employer from making good on his debt. As heartbroken as he had been to have worked so hard and not bring anything home to his family to show for it, he never allowed himself to turn against his employer. He always judged his boss to the side of merit.

The story gets at least two “Wows.” The first “wow” is for the employee who had the wherewithal to judge his employer to the side of merit to such an extreme. I think that most people would have started with the accusations and arguing much earlier, especially while making their humble request on such a wealthy estate. I know my yetzer hara has a difficult time believing in the honesty of others, especially in situations similar to this one.

The second “wow” is for how every weird situation the employee had imagined, had actually been the weird truth. To be right about one or two of them would have been something. But ALL of them? It seems a little much, yet the Talmud reports that’s the way it was.

The truth is that in everyday life we’ve all seen how our negative assumptions about people or situations can end up being wrong, as logical as they seemed at the time. A lot of the time there IS a good reason for what doesn’t work out the way WE plan. The “egg” ends up on our face, not on the face of the assumed guilty party. The point of the Talmud therefore should be well-taken.

The only problem with the stories from the Talmud (there are two) is the language used. When the employer later questions his worker about his assumptions, and the rebi, his students about his behavior, they don’t ask, “What did you think…” or “What was your assumption.” They instead say, “What did you SUSPECT me of?” THEY suspect that the other side has SUSPECTED them, who could have asked in turn, “What did YOU suspect ME of suspecting YOU?”

There is a phrase, “kabdayhu v’chashdahu—honor and suspect.” It means that even when you suspect someone of no good against you, still show them respect while keeping an eye out for what they might do. Had Gedaliah ben Achikam approached his “guest” this way, perhaps he would not have been assassinated by him, and the Babylonian exile would not have been so total.

On the other hand, perhaps Gedaliah was trying for something loftier. Maybe he was saying, “Even though I have great reason to suspect my guest as someone dangerous to me, I will fight off that urge and judge him to the side of merit anyhow!” Perhaps his approach to suspicion is the one the Talmud is trying to teach us.

The employer knew full well that all the evidence was against his claims, and that his employee had every right to suspect him of fraud. Though he may have “honored” him by not yelling, “Liar! How can you possibly have no money to pay me when you are surrounded by your own wealth!” he had to have at least harbored such feelings in his heart, and justifiably so.

The “chiddush” was that the employee didn’t even think such accusations to himself. Instead, as the Talmud later reveals, he devised all kinds of answers to the circumstances that left his employer innocent and honorable. And not only had he been right, thanks to Divine Providence that wanted to MAKE him right, but he was rewarded for it, in this world and the next one.

The moral of the Talmud: Great is the person who can suspect and honor someone  who seems to be suspicious. Even greater is the person who not only honors them, but doesn’t suspect them at all, finding legitimate reasons for what appears to everyone else as transgressions.

The only question is about Gedaliah. He was neither rewarded in this world or the next one for his complete turning of the other cheek. On the contrary, it cost him his life, and cost the Jewish people the only thread of independence that they had left  after Nebuchadnetzar had destroyed the Temple and exiled the rest of the nation. What was the difference?

What was the difference? We must keep in mind the person you are dealing with. If someone’s reputation of deceit precedes them, meaning they have indeed been proven to be dangerous on some level, then it becomes one’s halachic obligation to keep an eye on them. The mitzvah to guard one’s health alone dictates this. In some instances, you may not even have to honor them at all.

But if the person under suspicion has no previous record of guilt, or just the opposite, if they have been known for their honesty, then you should ONLY honor them, and not suspect them. Not only will they not pose a threat to you, but if for some reason, they have changed their ways, God will see to it that they will not harm you .

Surely Moshe Rabbeinu fit that bill. As God tells Moshe’s well-meaning siblings, “You’re talking about the great Moshe Rabbeinu, humblest man on the face of the earth, completely trusted in My house, and the greatest prophet that will have even lived! There was nothing to suspect him of…AT ALL!”

It is ironic that God inflicted them with tzara’as. As Rashi points out back in Parashas Tazria, tzara’as means having to go into quarantine. This is because people, through their loshon hara, end up distancing people from one another, like a husband and a wife, for example. In this case, Miriam and Aharon had spoken as they had to in order to devise a way to bring husband and wife closer!

There is another lesson for the person who does not judge a “good” person to the side of merit. Your suspicions about them, even with the best of intentions, will only backfire, accomplishing the opposite of what might have been intended for good. It may not be the main point of the parsha, but it is certainly a crucial one.