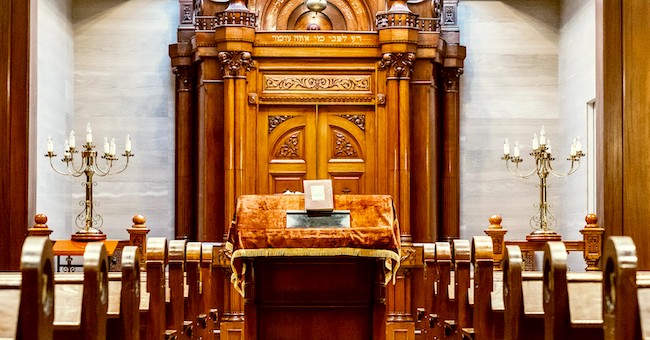 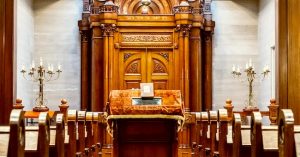 Aharon’s sons, Nadav and Avihu, each took his pan, put fire in them, and placed incense upon it, and they brought foreign fire before God, which He had not commanded them. (Vayikra10:1)

MOST OF US probably read this as if it has nothing to do with us. Nadav and Avinu made a grave mistake and lost their lives because of it, greatly dampening the entire experience of one of the greatest moments in history, the inauguration of the Mishkan. How could they have been so wrong at so important a moment?

Then Moshe Rabbeinu turned the entire thing on its head. While we’re shaking our heads in disdain and disbelief, Moshe tells Aharon that his sons’ acts and deaths revealed that Nadav and Avihu were actually greater than even the two of them! THEY died sanctifying GOD’S Name!

And while we scratch our heads in utter confusion, we might happen to take a look at Sha’ar HaGilgulim to find out just how important Nadav and Avinu were. Their physical lives may have been short, but their spiritual lives were long and meaningful. They reincarnated into all kinds of important people in Tanach, giving them access to prophecy as a result.

Nevertheless, they HAD made a big mistake, and they HAD been executed by Heaven for it. Midrash and Kabbalah can greatly deepen our understanding of just about anything, especially this tragic episode in the Torah. And believe you me, both of them do.

But, as the Talmud states, at the end of the “journey,” we still have to come back to what the Torah says on the simplest of levels, and that is, that Nadav and Avihu offered a “foreign fire before God, which He had not commanded them.” And ironically, COVID-19 has made this verse more relevant to us than it has been in a long time, if ever.

I have spent more time washing my hands in the last few weeks than I have in the last year. My mother always told me to wash my hands with soap for 20 seconds, which I faithfully did NOT do. It wasn’t out a lack of respect for my mother, just a lack of belief in the need for such extreme cleanliness. Not one to say “I told you so,” I have done this to myself on her behalf.

The hardest part to get used to, is not dovening in a minyan. Unquestionably my dovening has been more heartfelt over the last few weeks than it usually is in shul. In shul I have to keep up, and the pace is usually faster than what I need, to be able to put myself completely, or at least mostly, into what I am saying. And dovening with others is naturally somewhat distracting.

But still there are things I just can’t do alone, like say or answer to Kaddish, Borchu, or Kedushah. They are “Devarim Sh’b’Kedushah,” which require a minyan to say. And sometimes we need a minyan to “carry” us, when our bodies just don’t have the energy to put themselves into tefillah. At home the energy has to come from within ourself each time.

And what about someone who is in aveilus or has a yahrzeit? Miss dovening? Miss Kaddish day after day, dovening after dovening? That’s SO hard to do. What will happen to the relative’s soul if Kaddish isn’t said for him or her on time?

Everyone skips minyan at some point or other. Sometimes it’s because we’re not feeling well, but even then it’s a struggle. There are times people go to shul when halachically they really shouldn’t, for their own health and especially for the health of others. And the opposite is also true—they stay home when they halachically probably could have gone and been part of a minyan.

The mikvah too. In some circles, men going to the mikvah is not only a go. Missing it one day is psychologically tantamount to a sin. Even though there are signs warning people not to use the mikvah, if they have something that could make others sick, many people dunk anyhow.

That’s Jews for you—they LOVE their mitzvos. Everyone loves a wedding, but Jews have an additional element to consider—it’s a MITZVAH to bring joy to the chasan and kallah. And if that means dancing until you are soaking wet with sweat and in very close proximity to others doing the same, well, all the more worthy is the self-sacrifice for the joy of others.

I can’t remember the last time I missed a weekly parsha on Shabbos. Males have an obligation to hear every word of the Torah each year, read in a minyan from a kosher Sefer Torah. If you miss a weekly reading, ideally you’re supposed to make it up. Sometimes people returning from chutz l’aretz need to have a special reading of a parsha they missed, because they came back to Eretz Yisroel when the weekly parsha in the Diaspora was a week behind.

Even on a Shabbos when I could barely walk for one reason or another, I still went to shul to hear the parsha. Not too long ago I had some foot trouble. Because of the pain it took 15 minutes to hobble down a hill I usually walk in two minutes. And when a voice inside said, “Turn around…go back home,” another voice said, “No way! We’re not missing a parsha!”

The question is to what extent a person at a time of crisis needs to put his health—and clearly the health of others—at risk to fulfill a mitzvah in the IDEAL manner. Is it called mesiras nefesh, self-sacrifice for God and Torah, when a person breaks the rules from the Health Ministry so he can get to minyan, make a bris with friends, or participate in a chasanah?

What about when the rabbis themselves tell you that you HAVE to listen to the Misrad HaBriut? If you don’t listen to them, and the rabbis represent the opinion of God in this world, then who are you doing the mitzvah for?

It has to do with what is called a “frum yetzer hara.” That’s a yetzer hara that knows it can’t get a person to commit an outright sin—the person is too frum for that. So instead it finds a way to turn a mitzvah into a sin and a sin into a mitzvah. This way the person can believe that his action—which is really a sin—is a mitzvah.

The problem is in the gray areas. Am I really that sick or that contagious? Isn’t there some positive purpose in speaking this loshon hara? What are the odds that I have the virus? Or that I will get it if I go to shul? If I don’t report all my income, then I’ll have more money for tzedakah, etc.

In the words of one famous rabbi (who spoke in Yiddish), “What does God say?” After all, it’s HIS mitzvos we’re supposed to be doing, not OUR version of them. It’s God we have to please, not some inner definition of who we are or what we have to do. Many people think they know the answer to that question when in fact they do not, and they therefore act incorrectly.

Intuition can play an important role in decision-making. But it can’t be confused with the sense of insecurity, that one often feels when having to work counterintuitively. That can happen every time someone becomes accustomed to doing mitzvos a particular way for a period of time, and is then told to adapt to a whole new way.

The Gemora says that a person’s prayers are only really heard when he is part of a minyan (Brochos 6a). That would certainly make it difficult not to go to one, if you care about God hearing your prayers. This is especially so if you are someone who doesn’t always put much intention into your prayers.

However, just a few lines later the Gemora says that if a person is prevented from doing a mitzvah for reasons beyond his control, from HEAVEN’S point of view, it is as if he actually did the mitzvah. As long as the person reasonably did his part in trying to do the mitzvah, nothing more is expected from him.

So if you ran to minyan and only eight other people showed up, that’s not your problem. You went to a minyan that usually works, with no way of knowing that it wouldn’t that time. You did your part, and that’s all that matters to heaven. You may not be able to say or answer Devarim Sh’b’Kedushah, but from God’s standpoint it will be as if you did.

You want to go to shul but the virus has you locked up at home? If it weren’t for the pandemic, you’d be dovening at the amud, or at least saying Kaddish for someone who has died? Not only will it count on behalf of the niftar as if you did, but he will receive the additional merit of your doing the right thing, the HALACHIC thing, despite your internal opposition.

But as hard as that is to accept for us, it is what He wants. If a piece of treif meat is accidentally and unrecognizably combined with two pieces of kosher meat, all of them can be eaten. Not because it makes sense, but because God says so. (We just don’t do eat all three because the rabbis know that we’d still think we’re eating a piece of treif meat with the Torah’s permission.)

The bottom line, is that we have to make sure that when we do the mitzvos of God, they are really the mitzvos of God, not just our idea of them. When the “mitzvos” we do are not what GOD wants at the moment, no matter how much they were at other times, they end up being sins instead. As this week’s parsha makes perfectly clear, that does not get Heavenly applause, just the opposite.