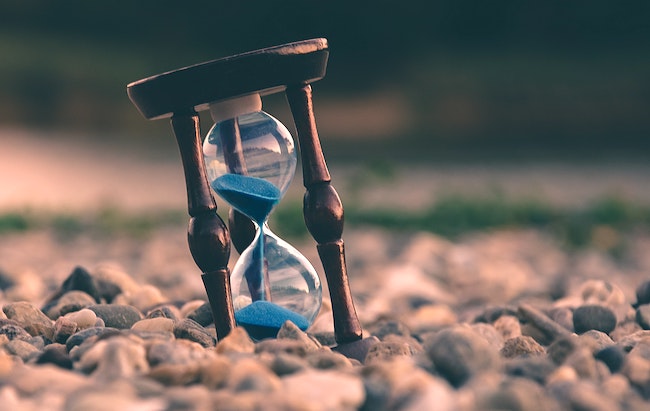 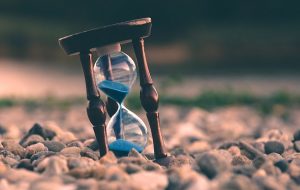 Send out for yourself men who will scout the Land of Canaan… (Bamidbar 13:2)

WE DON’T ALWAYS point out why one section of the Torah follows another, but Rashi does this week:

In other words, according to this, one could say that the failure of the spies was the result of not taking to heart the lesson of Miriam and Aharon. They had spoken slander about Moshe Rabbeinu and that had angered God. Wouldn’t it have made sense to therefore not speak slander about Eretz Yisroel?

Well, yes and no. Certainly we learn the importance of not slandering someone in last week’s parsha, though we were already taught that back in Parashas Tazria. But one could easily think that it is one thing to speak badly about the Torah leader of the generation, even for a “good” reason, and another thing to do so about a piece of land, and a “frightening” mission to take it. The Torah is telling us otherwise.

You can imagine the conversation they must have had.

“We’ll go back and show everyone the fruit, and when they think we’re doing it to praise the land, we’ll give them the scary information. Then they’ll want to stay put in the desert like us.”

“But if we do that, won’t we be slandering the land of God? Remember what happened to Miriam when she spoke loshon hara about Moshe Rabbeinu, and for a good reason too!”

“That was different. She was talking about a person, and the leader of the nation. This is only a piece of land…Besides, it’s not like we’re saying we don’t want to serve God anymore!”

“That’s right! On the contrary, we’re saying that we can serve God better here in the desert!”

“For sure! If we go up to Canaan, then we’ll have to fight for the land, and that can take years…and probably lives too! Even if we are successful, by the time we divide and settle the land, it will be years again!”

“When we will have time to learn Torah?”

“We won’t! That’s the whole point! That’s why it is not really the same as Miriam’s loshon hara.”

“Instead we’re doing a big mitzvah. Certainly God will see our zealousness for Torah and mitzvos, and let us remain in these ideal conditions!”

“Not only that, but it is well known that God defends His people only as strongly as they are righteous. I don’t think we’re that righteous yet. What happens if we go to war against the people of Canaan, and lacking sufficient merits, God does not defeat our enemies for us?”

“Well THAT would certainly be a terrible profanation of God’s Name!”

“Best to stay here in the desert for now…until we reach the kind of spiritual level to guarantee us success in battle…so we can sanctify God’s Name instead!”

The amazing thing is how ten out of the 12 spies bought into the storyline. How could so many important people be so wrong, and cause so many others so much damage for so many generations!

The answer is “Yetzer Hara 101.” No one learns any lessons that fly in the face of their greatest desires and dependencies. It doesn’t matter how obvious the lesson may be to others. To the biased, the truth is never accurate and can always be ignored. Even after it catches up with people, they may still have a difficult time admitting their mistakes!

Just take a look at our generation now. Chaos grows continuously. It could just be temporary upheaval, and we just have to find a way to remain safe in the meantime. Or it could mean that the current exile is coming to an end, and we have to work on ways to get out while we can. We don’t like change when it means going from what we’re used to, and living in ways we do not recognize or desire.

Clearly, we have no choice sometimes. Clearly, God has decided otherwise, and changed life on us. When that happens, we all of a sudden wish we had gone with the changes we could have overseen, as opposed to the ones now imposed on us. You can be sure that the generation of the spies, as they died out, realized that they would have been better off following God’s plan and whatever resulted from it.

But has anyone ever learned anything from the spies? Not really. What happened to the spies was their own story, people think, not one we share in our day and age. THEY were different people, with a different set of circumstances, in a unique period of history. It was different then, and because it was SO different we need not take to heart their mistakes or God’s responses.

Likewise, what happened in Europe was also unique. The people were more like us, but the situation was very different. Besides, Europe was home to the Nazis, so it was inherently dangerous to live there. In retrospect, we should have taken the threat more seriously and moved out en masse, even if over time.

But America is different. Canada is different. England is different. Every country has its problems, but who says that those problems are specifically Jewish problems, or ever will be? Yes, it may be chaotic in the United States today, but it is for everyone, and therefore it is possible to hunker down and wait for normalcy to return.

But that’s like judging the weather only by how it looks outside right now. Yes, it is currently sunny, with only a slight breeze, a perfect day for a run in the park. But if you flip on the news and check the 24 hour forecast, you will see that pressure systems are hard at work changing everything. High winds are on their way, and when you automatically look out the window, you notice the trees blowing a little harder already.

With the winds come the clouds, and before you can even look outside again, you can tell the sun has been blocked by some. They come and go, but you are surprised at how quickly a clear blue sky has become so cloudy in so short a time! “Wow,” you marvel to yourself, “how fast the weather changes.”

At that point, you still haven’t cancelled your run in the park. You just hope you can get it in before the weather becomes too inclement. And even though the weatherman is telling people to stay indoors in the afternoon, you feel that it is a worthy gamble to not miss your daily exercise. Somewhat addicted to that run in the park, you ask yourself, “How bad can it get? I’ve run through bad weather before,” though you decide to move it up an hour just in case.

By the time you get to the park, the winds are severe. Trees are almost bending while leaves and dust are flying everywhere. The sky is dark now with no sign of sun, and rain has begun to fall. Part of you says “Go for the run, and worse come to worst, cut it short.” Part of you says, “Run for the car and cancel outdoor exercise for today.”

Before you can even decide which voice to listen to, lightening flies across the sky followed quickly by very loud thunder. Now, without too much thinking, you run out of the park, a very dangerous place to be in an electrical storm, and for your car, a much safer place to be. You don’t get there fast enough as the winds, rain, and lightning attack your world with a vengeance you have never seen in your lifetime. You barely get into the car when lightning eerily makes the dark day seem sunny for a moment, confusing your brain temporarily.

Once you finally get into the car, slam the door shut after you, you just sit there hugging yourself to get warm as you fumble for the ignition to start your car. It is raining too hard to start driving, so you just sit there asking yourself, “What was I thinking? Why did I take the risk…just to do what I’m used to doing…?”

Storm’s coming.  The “Weathermen” predicted it thousands of years ago. Clouds are forming and the winds are whipping up. The only question to answer is, “Do we learn from our past and err on the side of caution, or on the side of mistake?” The answer will either save your life, or…that remains to be seen.