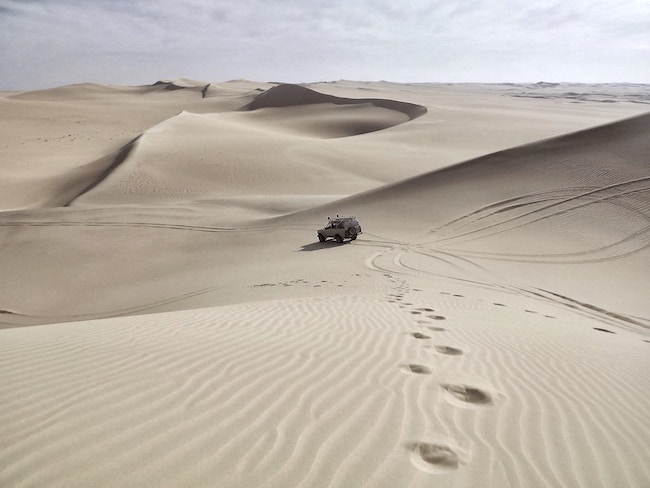 When Will Galus End? 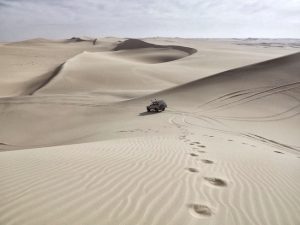 [The following is Rabbi Adlerstein’s first installment of his new upcoming series called “Meshivas Nefesh.” The introduction to this series follows this week’s piece. ]

The fourth generation will return here, for the sin of the Emori will not be complete till then.[2]

The pasuk makes it clear why Avraham could not take possession of the Land immediately. It was not because he lacked sufficient merit. The potential gift was blocked only because of the rights of the previous occupants. The inhabitants of the Land had not yet filled their quota of iniquity. They had not yet perpetrated enough evil for the Land to vomit them out. As long as they retained rights of ownership, Hashem would not expel them without cause. Not even for His people.

This has important implications for us, who have lived for quite some time under the rule of Esav. He grew up in the household of Yitzchok, and as one of Avraham’s descendants, Esav was vouchsafed important qualities and gifts from his family. In many ways, he gained an ethical advantage beyond that of other nations. Countries that stemmed from him often excelled in wonderful practices, like hachnasas orchim. They set up institutions to care for the sick and the incapacitated. They established groups devoted to various chesed activities in many locales. Their legal system upheld the common good: they would execute criminals who jeopardized it by robbery and theft. They addressed evils like bloodshed and false oaths.

Even had we merited redemption earlier, we would have had to wait for them to fill their measure of iniquity by dropping their meritorious practices.

The bottom line is that there are two reasons for the prolongation of our exile. We have not yet done full teshuvah, and our captors have retained positive practices, and thus have not reached their fill of sin.

This ought to spur us on to national teshuvah. Today we observe that the Esav nations have abandoned most of the good deeds of their past. They are mired in licentiousness. They subvert justice by taking bribes. They lend money usuriously. They regard neither judgment nor Judge. Given their sorry state, nothing blocks our full redemption other than a bit more teshuvah! Our geulah is fully up to us now!

Returning to our pasuk, we do have a Divine revelation that the offensive behavior of the inhabitants of the Land would reach its limit by the fourth generation after Avraham. If so, you might ask, why were they not destroyed at that time? While the Bnei Yisrael had sinned through the Sin of the Spies, delaying their entry into the land until the end of forty years in the wilderness, why would this delay the punishment of the inhabitants who fully deserved at that point to be driven out? To answer this question, the Torah writes,[3] “Hashem your G-d will thrust these nations from before you little by little. You will not be able to annihilate them quickly, lest the animals of the field increase against you.” Their punishment was delayed only for the benefit of the Jewish nation.

The guarantee in our pasuk that the fourth generation would inherit the Land explains an oddity about the way the Land was divided at the time of their delayed entry. Ordinarily, the inheritance “arrow” points in only one direction: from older to newer generations. This was not the case in regard to entering the Land, where there was a kind of reverse inheritance as well.[4] If two brothers left Egypt and died in the wilderness, we would have expected the heirs of each to divide two portions of equal size, one per brother. But this was not so! If one of those brothers had one son, and the other had three, a total of four portions reverted to the deceased grandfather, who also left Egypt. He then is see as leaving the four portions to be split equally among his two sons. Each brother, then transmits two portions that are divided in one case among three people, and in the other to a single heir. The dead inherited, as it were, from the living! Wouldn’t it make more sense to divide the Land simply according to the number of people who crossed over with Yehoshua?

Our pasuk suggests the answer. Hashem promised Avraham that the gift of the Land would take place with the fourth generation. He would not revoke that promise. Even though the conquest of the Land was delayed by the sin of the meraglim, those who left Egypt were entitled to receive this berachah. They became definite stakeholders, as were those who actually entered the Land. The Torah therefore combined the stakes of both into the system described by Chazal.

Rav Yochanan Luria was born in the middle of the15th century, and died in 1514, placing him in the period of time often referred to as that of the “poskim.” In fact his father, R. Aharon, the first to bear the Luria family name, was a friend of some of the most important poskim: Maharam Mintz, the Maharik, and the Terumas HaDeshen.

Born in Alsace, he studied primarily in Germany. Returning to Alsace, he paid off the authorities well enough that he was given official sanction for the yeshiva he founded and led.

Meshivas Nafesh shows great fidelity to Chazal and to Rashi (to whom R. Luria was related), but also the kind of inventive creativity that gained strength after the period of the rishonim. R. Luria often cites the derashos that he gave on important occasions, particularly at weddings. Many of these offer a window into practices of Ashkenazic Jewry that were not perfectly understood in his day, for which he offers fascinating explanations.

R. Luria also composed a refutation to the Dominicans, who excelled in stirring up hatred against Jews and Judaism.

[Author’s note: Most of the pieces in this year’s series will be shorter than in previous years. In some cases, I could not find material in a parshah that would be stimulating to the contemporary reader. It is likely that I will, from time to time, substitute material from the subject of next year’s sefer for this column, b’ezras Hashem: Chidushei Rav Yosef Nechemiah Kornitzer.]