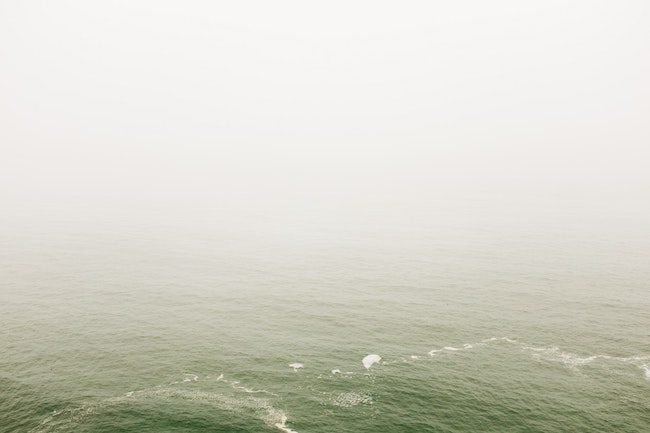 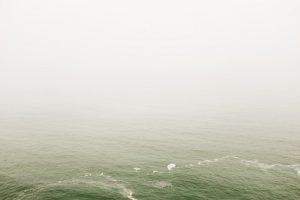 You shall make holy garments for your brother Aharon, for honor and glory. (Shemos 28:2)

IT IS SUCH a difficult thing to be real with. Suffering is good. There are countless Torah sources that tell us this, and on paper, it makes good sense.

This is not the main world. We get that. It is only a “corridor” to a far more spiritual and eternal one that we have to earn to get to. We get that too. It’s a PERFECT world, so we have to be PERFECT too to be there. Makes sense. Suffering helps with that…A LOT. Begrudgingly, we accept that as well.

“But HE’S not suffering…and neither is she…and I don’t know that they do things better than me. On the other hand, he IS suffering, and so is SHE,” and they CERTAINLY live on a higher level than I do! It’s so confusing out there! Good people gain, and good people suffer. Bad people gain, and bad people suffer! It’s so hard to remain even keeled when life just doesn’t add up the way we think it should!”

There is something about brains that makes us think that we should not only understand EVERYTHING, but that we have enough information to do so. When you have an equation like two plus two equals five, then you have to ask. “How?” You have all the numbers that count, so how could they not total four?

It’s when you have an equation like two plus two plus “X” equals “Y” that you can’t really ask a question. There are just too many variables and not enough givens. The equation isn’t false. It will equal what it has to, once enough variables are filled in. But all we can do in the meantime is wait until they are, or just waste time guessing what they might be. We won’t even know if we’re right, even if it turns out that we are.

That’s where emunah comes in. Ah, yes, good old emunah…faith in God. God’s got it all under control. He hasn’t lost track of anything…never has and never will. There’s not some bad guy out there living under God’s radar and getting the good meant for much better people. Nor has God neglected to take care of any of His faithfuls. He’s got His finger, so-to-speak, on all of it, managing, and micro-managing, and micro-micro-managing, etc.

My head hears that. Hey, I’ve written books on it and spoken on the topic many times. I also give it a lot of thinking time, and talk to God about it when I doven. But honestly, when the crunch is on for one reason or another, my hearts start to drift in a different direction than my mind, and I have to work hard to go and get it back.

It creates what we might call a “Vulnerability Zone.” Righteous people are sure about God’s good intentions and management no matter what or how painful the circumstances. Evil people are sure that God either doesn’t exist or is not to be relied upon for anything good. Between these two extremes closer to the middle is a large group of people who are neither righteous nor evil, who tend to vacillate between both directions, and who remain vulnerable to either one or the other.

These are the ones that “Amalek” has his eye on. I have put quotation marks around “Amalek” because obviously the Amalekian people of Moshe’s time does not exist today. But as the Zohar explains, Amalek was never only a people, but more a negative spiritual reality that inhabited the Amalekian people while they existed. However the Amalekian spirit is also capable of entering anyone with a “suitable” consciousness.

You see, “Amalek” the spiritual entity, exists to interfere in a person’s relationship with God. Anyone who has no problem having their relationship with God weakened  is a perfect candidate for Amalekian “energy.” It may not be intentional, but that is what happens, which is why you have to be careful about the opinions you form or adopt. They can lead to a corruption of personality from which a person may never be able to return.

The secular world is no stranger to this idea. Many books have been written that follow the life of a person who, because of some faith-questioning episode ends up teetering between good and evil. A lot of times the doubter capitulates, and goes the route of evil. Sometimes they resist, and return to the path of good. Sometimes they do the former, and then at the last moment, return to good.

In the Talmud, in two very famous cases, that of the Yochanan Kohen Gadol and Elisha ben Abuya. They never come back, at least not during their lifetimes. In fiction, you can have the character do whatever you want. In real life, passing the point of no return usually means exactly that.

But they were just two extreme cases. A lot of people have had faith-shaking experiences and never recovered. They didn’t become evil people per se, but they did turn their back on God, or at least His providence. It was either that or take the time and energy to reconcile the many “inconsistencies” in the way God runs His world, and being willing to accept that when we can’t, the shortcoming is OURS, not GOD’S.

The first thing a person has to know is that emunah, faith in God, is not something we inherit. Relatives, mentors, and friends can impress us with their emunah, and perhaps inspire us to build our own. But rare is the person who, in the time of serious crisis, can ride the back of someone else’s faith and come out of it the same way. It is possible, just rare.

The biggest mistake a person can make in life is to assume that when they’ll have to, they will have the adequate amount of truth and faith in God. There is a big difference between learning Torah and performing mitzvos, and trusting in God when it seems as if, in spite of your devotion to Him, He has turned His back on you. In fact, it has often been precisely that devotion that has made people question God’s treating of them, and made them doubt Him, at least on some level.

It has been said that “all of life is a stage.” That is somewhat true, but not accurate enough. It is more correct to say that all of life is a stage on which God will test our faith countless times. And unlike tests we take in school to show the teachers what we remember and understand, God’s tests show US what we believe and understand. They’re to reveal our shortcomings to US, so that we can see what we need to improve and perfect….for this world AND especially for the World-to-Come.

This is actually how we should listen to Megillas Esther on Purim. On one hand, it is story about how God saved the downtrodden and threatened nation. On a deeper level, it is how God tested the Jewish people at that time, to reveal to THEM how far down they had fallen spiritually during exile. Haman, contrary to his own point of view, existed just to push the Jewish nation to higher levels of faith in God.

This has been true about every redemption, and will certainly be true about the pending Final Redemption. We will be tested, and actually, we are BEING tested right now. One person’s issue is not the same as the next person’s, but both of them will be tests of faith for those experiencing them. Each will make the person wonder, “Where is God when I need Him?” on some level.

And the thing with God is, He can go the full distance. There are points past which people can’t help other people due to physical limitations. We do not know the future well enough to plan for it, and we are not supermen or women. Sometimes we can’t just think fast enough to respond to the crisis as we ought to.

But God knows the future, and He is greater than any superman. He can wait until the very last second…the very LAST second…before saving a person. His ideal moment of redemption may come way past the moment of redemption the person depended upon, leaving them to give up instead. It is tough going the full distance with God.

Tough, but it CAN be done. If a person works on building their emunah every day, at all times, they will extend their ability to believe. You have to build yourself if you want to lift heavy weights. You have to build your emunah up if you wish to have it to the end. It’s not only relaxing. Emunah is victory over Amalek, and is the greatest “armor” a person can wear against Amalekian attacks.

If you think about it, this is really what the clothing of the Kohen Gadol, described in this week’s parsha, is all about. It is the role of the kohen to act as the conduit between God and His people. It is the role of the Kohen Gadol to make the reality of God crystal clear to the entire nation. Just to see him in his Divinely-specified clothing should be enough for a person to question God or His providence again. That is what it means when it is “for splendor and for glory.”

Likewise, when a person wears their faith in God, visible through all that they do, it too is splendorous and glorious. They are like the Kohen Gadol, inspiring all those around them to have faith in God, or to work on it until they do. It may seem like no big deal to the person of little faith, but that is only for now. Soon, such faith will be a big deal to EVERYONE.