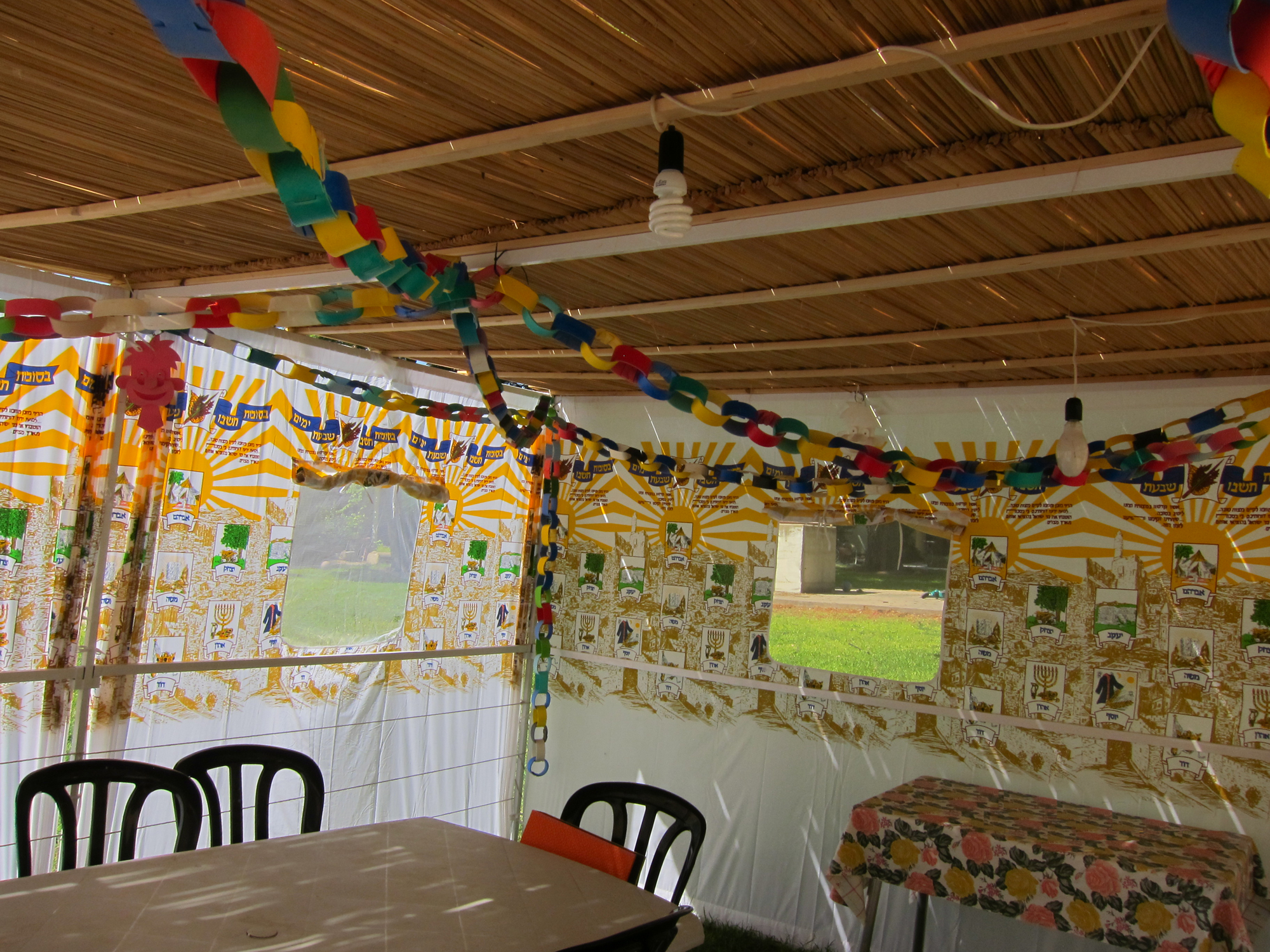 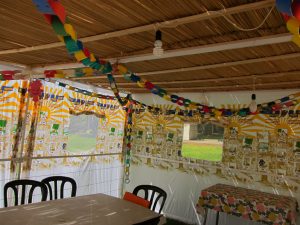 Why does Sukkot follow so closely after Yom Kippur? Indeed, not only are they close to each other on the calendar, a deeper connection between them is suggested by the Halachah that one should perform some part of his Sukkah-building on Motzai Yom Kippur / the night when Yom Kippur ends. Why?

R’ Moshe Eisemann shlita (former Mashgiach Ruchani of Ner Israel in Baltimore, Maryland) explains: Our Sages refer to Yom Kippur as a day of salvation or liberation. A gift such as liberation brings with it responsibility, and it must be cherished and nurtured. It also must be protected, and that protection is provided by the Sukkah, as explained below. Thus, it is no coincidence that the first stop that Bnei Yisrael made after their liberation at the Exodus was at a place called “Sukkot.” Thereafter, they were protected by the Clouds of Glory, which our Sukkot commemorate. For the same reason, every night in Ma’ariv, we recite the blessing, “Ga’al Yisrael” / “The One who redeemed Yisrael,” and then we pray, “And spread over us the Sukkah of Your peace.” And, after Yom Kippur, we hurry into our Sukkot.

Iyov was complaining about his suffering, but when he saw that the third wall of a sukkah need be only one Tefach / handsbreadth wide, he immediately felt better. (Midrash Pli’ah)

R’ Zvi Elimelech Shapira z”l (rabbi of Oleszyce, Galicia and other towns; died 1841) explains: We read in Tehilim (39:6), “Behold like hand breadths You made my days.” This teaches that the dimensions of the Sukkah (which are measured in Tefachim / hand breadths) allude to the types of activities that man engages in during his life. How so?

Man’s activities can be divided into three categories: Tov / that which is good for him; Mo’il / that which is helpful to him; and Areiv / that which is desirable to him. Man may engage in the first two categories as much as he wants, writes R’ Zvi Elimelech, but the third category should be used only as necessary.

In order to successfully limit his participation in the third category of activities, man must realize that his life in this world is fleeting. This is alluded to by the Sukkah, which must be at least 7 Tefachim wide by 10 Tefachim high (approximately 28 inches by 40 inches). After Yom Kippur, when man has repented, he moves into the flimsy Sukkah to demonstrate his awareness that during the seventy (7×10) years of his life, he should not feel at home in this world, but rather like a traveler passing through.

When Iyov learned this lesson, it made his suffering easier to bear. Once one recognizes that this life is only a way station, he does not expect it to always be comfortable or pleasant. (Bnei Yissaschar: Ma’amarei Tishrei 10:19)

An anonymous author asks: Why is it sufficient for a Sukkah to have only three walls? After all, the Sukkah commemorates the Clouds of Glory which surrounded Bnei Yisrael in the desert, and they made four walls!

One answer is that we need an opening to leave the “Clouds of Glory” in order to earn a living. The generation of the Exodus did not have that need.

When Iyov lost all of his wealth, he was upset with himself. Why had he bothered? Why had he not devoted his whole life to learning Torah instead? But when he saw that the Sukkah has only three walls, he realized that Hashem intends for some people to leave the Bet Midrash and work. This made him feel better. (Binat Nevonim)

Why is there no Berachah on building the Sukkah?

Because it is not a Mitzvah which one must do with his own hands; indeed, one could even have a non-Jew build a Sukkah for him. (Tractate Menachot 42a)

Rashi z”l explains: If there were a blessing, it would have to be (consistent with the usual formula), “Who sanctified us with His Mitzvot and commanded us to build a Sukkah.” However, that statement would not be true; Hashem did not command us to build a Sukkah, as is evident from the fact that a Sukkah built by a non-Jew is also kosher. (Rashi: Commentary to Menachot 42a)

Some say that the reason there no Berachah on building the Sukkah is that we only recite a blessing on a complete Mitzvah. Building a Sukkah is, at best, the beginning of a Mitzvah. (Bet Yosef, Orach Chaim ch. 641)

Nevertheless, observes R’ Shaul Eliezer Yedidyah Taub z”l (1887-1947; the “Modzitzer Rebbe”), there is an allusion to a Berachah in the Sukkah itself, as follows:

When Bnei Yisrael entered Eretz Yisrael, the first city they conquered was Yericho. They did this by circling Yericho once each day for six days, then seven times on the seventh day, whereupon the city’s walls collapsed (see Yehoshua ch.6). Paralleling this, when the Bet Hamikdash stood, a procession circled the Mizbei’ach one time on each of the first days of Sukkot and seven times on Hoshana Rabbah. In turn, we recall that practice on the seven days of Sukkot by circling the Bimah in Shul a similar number of times while reciting Hoshanot.

But, what is the connection between the conquest of Yericho, which took place in Nissan, and Hoshanot on Sukkot?

Rabbeinu Bachya ben Asher z”l (Spain 1255-1340) explains: On Sukkot, we sacrifice a total of 70 oxen–13 the first day, 12 the second day, etc. The 70 oxen parallel the 70 nations of the world, and the decreasing number offered each day alludes to the eventual disappearance of those nations. (Some explain that the “disappearance” of the nations refers to mankind’s eventual unification under the one, true G-d, at which time there will no longer be separate nations.) A procession marching in a circle likewise alludes to the disappearance of the nations, as is evident from the fact that that is how Yericho–the first place in Eretz Yisrael conquered by Bnei Yisrael–fell.

R’ Shmuel Eliezer Eidels z”l (Maharsha; Poland; 1555-1631) writes: The purpose of Hoshanot is to seek Hashem’s protection from our enemies. (The word “Hoshana” means “Please rescue [us].”) That was the very same thing that Bnei Yisrael sought when they circled Yericho.

Some explain the parallel between Yericho and Hoshanot as relating to the fact that the War of Gog and Magog will be fought on Sukkot and will culminate on Hoshana Rabbah. [That is why two of the Haftarot that we read on Sukkot relate to that war.] We allude in our prayers to Yericho, the first of our battles in Eretz Yisrael, as a surrogate for the final battle. Some say that that battle will take place in the plains surrounding Yericho. (Quoted in Otzar Mefarshei Hoshanot pp. 28-31)

On Sukkot, several of the Haftarot that are read discuss the future Redemption. R’ David Tevel Rubin z”l (1792-1861; rabbi of Minsk, Belarus) explains: Our long exile is due to the sin of hating each other, which is manifested by speaking Lashon Ha’ra. That is why gentile nations frequently make decrees against us from which they derive no benefit, just as one who speaks Lashon Ha’ra frequently derives no benefit from his words.

The Sukkah is the antidote to Lashon Ha’ra. In Hebrew, letters are formed by five different parts of the mouth/throat. Each of the four letters of the Hebrew word “Sukkah” (הכוס) comes from a different one of those parts. The only type of letter not found in the word “Sukkah” is one formed by the tongue, for the other four parts of the mouth/throat form an enclosure (Sukkah) and imprison the tongue, preventing it from speaking. (Derashot Nachalat David No.10)

R’ Yitzchak Arieli z”l (1896-1974; Mashgiach of Yeshivat Merkaz Harav; author of Enayim La’mishpat) writes: The Sukkah raises the banner of Jewish unity and harmony. In the Sukkah, the Jew separates from the rest of the world and unites with his Creator, with himself, and with his nation. This is why we invite the holy Patriarchs, the foundation of Jewish unity, to visit us in the Sukkah.

Sukkot culminates in Simchat Torah / rejoicing with the Torah. As R’ Saadiah Gaon z”l (882-942; author of the earliest known work on Jewish Thought) wrote: “Our nation is a nation only through its Torah.” (Yerach Ha’eitanim p.113)