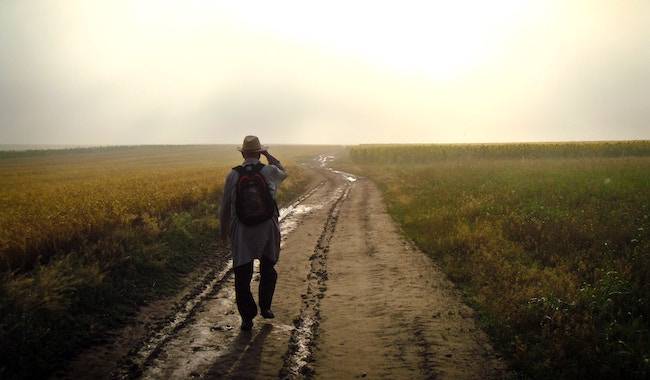 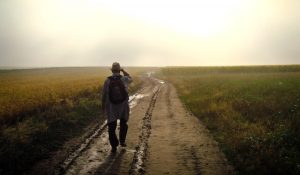 And he said, “Do not stretch forth your hand to the lad, nor do the slightest thing to him, for now I know that you are a God fearing man, and you did not withhold your son, your only one, from Me.” (Bereishis 22:12)

THE MIDRASH SAYS that Avraham Avinu only survived the furnace of Ur Kasdim so that Ya’akov could eventually be born. Had it not been for the future Ya’akov, God would have let Avraham burn to death that day in Ur Kasdim—al Kiddush Hashem—and with him, his God ideology.

We may never know how many times WE have survived something dangerous because of future descendants we were destined to have. But in the case of Avraham Avinu, it is somewhat disturbing to know that he was only saved in the merit of Ya’akov Avinu, given what he had accomplished in the world in his own right.

This might make the reason clearer. The Talmud says that the “seal” of God is Truth (Yoma 69b). What does that mean? Does God have a seal? Where does He stamp it?

A person’s seal is his identifying mark, his representation in a stamp, like a signature in a document. There is a reason people “read” signatures as a way to better understand someone. The things we choose and produce in life are projections of who we are and how we think.

Finding Truth not only means finding God, but it means finding oneself as well. The gematria of Truth is 441, which can be reduced to its mispar katan: 4+4+1=9. The gematria of adam is 1+4+40=45 which, in mispar katan, is also 9. People who find Ultimate Truth find their ultimate self. Finding both means they no longer have to remain in the world, having finished their tikun.

The story of the Avos is the story of the pursuit of Ultimate Truth—Emes. It began with Avraham—Ish Chesed, continued with Yitzchak—Ish Gevurah, and ended with Ya’akov—Ish Emes. It was a development process that began with Chesed, was altered with Gevurah, and ended up as Emes. And “ma’aseh avos siman l’banim—the actions of fathers are a sign for the children,” means that that we too are personally supposed to replicate this pursuit if we truly want Truth.

Chesed, or kindness, is not truth itself. It can be an expression of it, but it can also be an expression of just the opposite. History is filled with examples of chesed being done with tragic results. We fast the first day after Rosh Hashanah to recall how Gedaliah hospitably welcomed his murderer into his own house.

Likewise, Gevurah has a whole history of mistakes. Elisha was harsh to his assistant and he ended up going in the wrong direction in life. How many secular Jews have cited severe discipline in cheder or at home as at least one reason for their leaving Judaism? At what point does discipline become too much, either for others or even just oneself?

The answer to both problems is in a statement from the Talmud:

Our rabbis have taught: Always let the left hand thrust away and the right hand draw near. Not like Elisha, who thrust Gechazi away with both hands… (Sotah 47a)

Clearly what the Talmud is after is some delicate balance between Chesed and Gevurah. Chesed goes in one direction while Gevurah goes in the opposite, like Avraham and Yitzchak. However, they don’t annihilate each other, but rather keep each other on a truer path called…?

Interestingly enough, in the sefiros at least, it is called Rachamim, or Mercy. The 10 sefiros are ordered in three vertical lines, the right side being Chesed, the left side being Gevurah, and the middle line being Rachamim. Somehow the balance between the two is…MERCY? REALLY?

When we last looked, mercy was not such a great thing from God’s point of view. As Rashi explains on the first verse of the Torah, God REALLY wanted to make the world work according to din—judgment, which is Gevurah. He only added mercy to the program when He saw that man could never survive of world of din only.

And back at Rosh Hashanah, we discussed how Rebi Akiva died the way he did, and HAPPILY, because he merited to rise above mercy and receive STRICT din at the hands of the Romans. It earned him a trip straight to the World-to-Come without having to go through Gihenom. From all this, it does not sound as if God likes mercy a whole lot, as much as He has shown it to us!

But wait a minute. Didn’t we just say that God’s seal is Truth? We didn’t say that it was Judgment. We said it was Truth, something that Judgment alone cannot be, for some very deep and kabbalistic reason that is built into the sefiros. And THAT’S the TRUTH, the ULTIMATE Truth.

This will later help to explain Ya’akov’s life. He starts off quite simply, learning day and night in the tents of Torah. But then he is harsh to Eisav, by compelling him to sell the birthright for life-saving food. Then he ends up deceiving his father, at his mother’s request, to steal the blessings originally meant for Eisav.

The assumption is that he was already an Ish Emes, and thus forced to act contrary to his spiritual instinct. The more accurate truth was that he was actually on a journey to becoming Ish Emes, one that took him through Chesed and Gevurah on his way to Tifferes and the beauty of ULTIMATE TRUTH.

The seeds of this are planted and nurtured at the end of the parsha, with the Akeidah. First God did the chesed of granting Avraham a miracle child late in life. Then God acted with Gevurah when He asked for the child back through the Akeidah. And finally, God stopped Avraham short of actually carrying it out, an act of rachamim, revealing the higher goal of mercy in Creation.