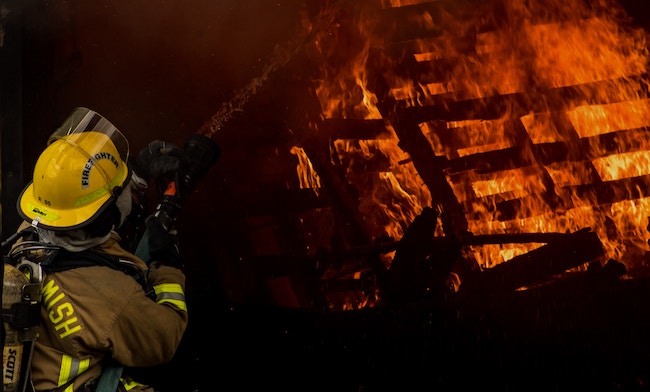 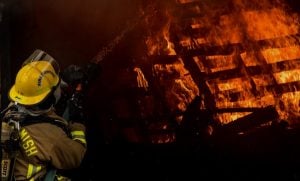 And Yisroel said, “Enough! My son Yosef is still alive. I will go and see him before I die.” (Bereishis 45:28)

IT IS REALLY quite amazing how many situations in life become incredibly disastrous, only to have a happy ending after all is said-and-done. It doesn’t mean that people do not suffer along the way to the “happy ending,” but better they suffer for a positive outcome, than for a negative one.

The problem is, we don’t know that everything is going to work out in the end, and there certainly have been plenty of times when it hasn’t, at least as far as we’re concerned. Chanukah wasn’t the first and last time that Jews have rebelled to change their situation, like the Bar Kochba revolt, and much later the Warsaw Uprising. Many of these only made the situation worse not better.

And that wasn’t necessarily because the people leading the revolt were insincere, or lacked holiness. For example, Rebi Akiva supported Bar Kochba in his rebellion, and countless other times righteous people joined ranks with  those who dared to fight on behalf of the Jewish people.

Every year there are people who celebrate Chanukah while going through their own torturous situations. And they did so the year before, and the year before that, etc. We even know that occasionally people have died from illness or for other reasons even during Chanukah, tragically, sadly affecting the simcha and emunah of those who cared for them.

The biggest “proof” atheists have that God doesn’t exist, or at least that He doesn’t get involved in our lives, is that seemingly bad things happen to seemingly good people. They have an easier time believing this than believing that God is there but sometimes has an evil disposition towards man.

We’re right about one thing. Life is DEFINITELY supposed to have a HAPPY ending. We’re just wrong about WHEN that ending is supposed to be. And many are definitely wrong about what even constitutes a happy ending, which is most of the source of disappointment in a lot of life.

Kabbalah explains that Adam HaRishon became rectified through the Avos. Avraham rectified his soul-level of Nefesh. Yitzchak rectified the level of Ruach, and Ya’akov rectified the Neshamah. They weren’t born with these soul parts, because they had their own souls. Rather, when they were spiritually ready, they received their portions of Adam’s soul to rectify.

When did Ya’akov Avinu receive Adam’s Neshamah? Just after Yosef revealed himself to the brothers, causing Ya’akov to go down to Egypt to join him. His first 130 years were filled with troubles, first from Eisav, then from Lavan, after which he fought with an angel and had to deal with Shechem. And only then did the troubles with Yosef begin that lasted for 22 years! After all THAT had occurred, that is when he merited to get the Neshamah of Adam HaRishon, a very HIGH level soul.

The Talmud asks, why are the Jewish people compared to an olive? Because, just as an olive only yields its oil after being squeezed, likewise the Jewish people only return to “good” after yesurim—suffering (Menachos 53b).  Some people do teshuvah anyhow, but most people need to suffer in order to spiritually sensitize to their need for change.

True as this is, there is another layer of meaning to this, and it is an integral part of the Chanukah message.

What is consistent, or at least should be, is the effort we make to MEANINGFULLY succeed at the moment of opportunity. The only thing in need of measurement is the level of will we exercised, evident by the effort we made to accomplish what we set out to do. People have incredible potential, but incredibly, they use so little of it.

I heard a story this week about Meir Simchah of Dvinsk, otherwise known as the “Ohr Samayach” and author of “Meshech Chochmah.” He was an expert in just about every area of Torah, and someone once asked him how it was possible.

He responded with a personal story. Meir Simchah’s own father was paralyzed from the waist down, and permanently remained in a chair, requiring assistance for even his most basic needs. Until that is, one day a fire broke out in their house.

Apparently the firemen came to awaken Meir Simchah’s father, and tell him to leave the house before he burned down with it. Though Meir Simchah slept downstairs with his father (his mother had already died), his brother and sister slept upstairs in the attic.

His father refused to leave without all of his children, and demanded the firemen go up through the smoke to save them. The firemen refused and instead demanded that Meir Simchah’s father leave immediately without them.

Instead, his father got up from his chair, ran up the stairs, retrieved his children, and left the house before it collapsed in flames. EVERYONE was shocked and demanded an explanation from his father whom they knew had been truly paralyzed.

The father told them, “When there is a fire, Heaven gives a person supernatural powers!”

Meir Simchah took the message of his father and the fire to heart literally. He lit a fire for Torah in his heart, and had supernatural powers to accomplish great feats in Torah learning. For the Ohr Samayach, there was a fire EVERYDAY, and every day he had special strength to advance in his learning beyond what was normal and natural.

This has not been the case for just the Ohr Samayach, but for everyone who has approached life, and especially Torah learning, the same way. Personally, they may just see themselves grow at what seems to them to be a natural rate. But to everyone else on the outside, the growth is at a staggering rate, leaving those watching in awe.

This had not been the approach of Yehuda, at least from what we see in the Torah. Consequently, not many miracles are mentioned with respect to his life. However, because of Yosef’s proactive approach  and his burning desire to do what God wanted from him miracles happened for him all over the place, and he grew at a staggeringly quick rate. And when the Chashmonayim defeated the Greeks, that was the supernatural driving them to victory because of the flame that burned within them. When they ran to kindle the Menorah, the oil, like their souls, accomplished much more than was natural.

Then it all fell apart. The Chashmonayim family was completely destroyed, and only 25 years later the Jewish people fell to the power of Rome. Victory was limited and short-lived. Meir Simcha himself died childless, his daughter having died before him, and the gabbai had to say kaddish for him at his burial.

Not very happy endings, at least as far as Hollywood is concerned. But the self-sacrifices they made, the fires they ignited in their hearts, and the efforts they made to use each spiritual opportunity to the max, that was never extinguished. And it has earned them the happiest of endings…where happy endings are ETERNAL.

As we see from history, it doesn’t mean that happy endings don’t happen in this world too. They DO, and so often. It just means that when they don’t, ultimately they really can if we are using the opportunity as a spiritual one to ignite our own fires in the service of God.