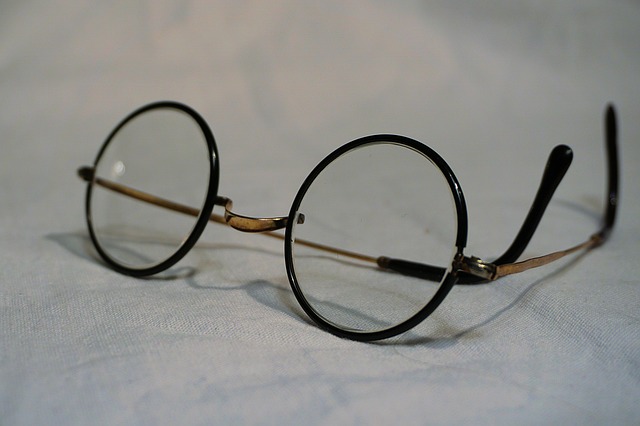 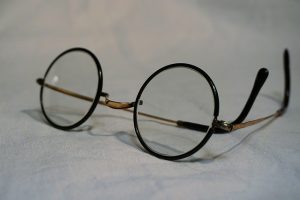 SOMETIMES THE obvious isn’t. Sometimes it is very deep, even crucial for understanding something important, perhaps even lifesaving. It is probably correct to say that over the course of history, many people have suffered or died because they took something for granted they should have paid more attention to.

This is a good example. The verse says:

A new king arose over Egypt, who did not know Yosef. (Shemos 1:8)

[It means that] he acted as if he did not know about him.

Thus, Pharaoh most certainly knew about Yosef and all that he had done for his country, but chose to act as if he didn’t. He had to do that if he was going to be able to renege on his debt to Yosef’s descendants and enslave them instead. And according to the Midrash, the Egyptians saw the Jewish people growing exponentially, and it concerned them enough to pressure their leader into taking action against them.

Pharaoh was reluctant at first to bow to the demands of the Egyptian nobility, having hakaras hatov to Yosef and his people. But like many politicians, Pharaoh capitulated to the corrupt demands of others once his own job was on the line. That’s when he turned his back on the national debt to Yosef, as many others have done to the “Yosefs” of their own generations since then.

It is more than interesting that this detail plays such a central role in the story of Egyptian exile. Had the Torah left it out, would we have questioned it? Remember Lavan and his treatment of Ya’akov Avinu, after all Ya’akov had done for Lavan’s family? An anti-Semite clearly has no problem with their conscience when it comes to abusing Jews, especially to eradicate debt.

No, Pharaoh’s refusal to continue to recognize Yosef as a national hero is recorded at the Torah’s insistence. There is something about this particular detail that is key to understanding what happened down in Egypt, and why it was so severe. It’s not just a fact about what once went wrong, but information about what always goes wrong.

This is something that makes even more sense when recalling that Pharaoh was not the only one who had difficulty recognizing Yosef, albeit it for a different reason. In fact, it is probably what made Yosef cry at the end of last week’s parsha. It wasn’t that the brothers had hurt Yosef’s feeling by suspecting him of wanting to take revenge against them. He cried because their suspicion revealed that they still did not recognize Yosef, even after he revealed his true identity to them.

This idea of recognizing Yosef seems to have been about a lot more than just knowing and understanding the person himself. It seems to have been a central part of the story of the development of the Jewish people into a nation that could receive the Torah and live by it forever. And it is as relevant a challenge today as it has even been, so every Jew has to ask themself, “Do I recognize Yosef?”

WHEN YOSEF’S brothers came down to Egypt in search of food, they found themselves standing before the viceroy of Egypt, the second-in-command over all of Egypt. Even if they had been able to get a look at the man, the Torah says:

Now Yosef recognized his brothers, but they did not recognize him. (Bereishis 42:8)

Understandably so. When they had sold Yosef, he had only been 17 years of age and beardless. This was 22 years later, Yosef had grown a full beard, and probably wore customary Egyptian clothing befitting his position. They certainly did not expect Yosef to be anywhere close to such a position in Egypt, making it even harder to see past Yosef’s disguise.

But then the charade began. “You are spies; you have come to see the nakedness of the land!” Yosef accused them. Had Yosef said nothing of the sort but had merely conducted a business deal, the brothers would have come and gone and probably forgotten the Egyptian leader by the time they left Egypt. Accusing his brothers of being spies was Yosef’s way of saying, “Attention! Pay heed to me!”

And so they did, and did, and did. Yet, despite all of Yosef’s many hints, his brothers just could not see their brother underneath it all. While he dealt with them as his brothers, they continued to deal with him as a heartless Egyptian leader. They just couldn’t recognize Yosef, not before he revealed himself, or even after.

The truth is, the key to recognizing Yosef was to first recognize something else. This is what Yosef told them when, disappointingly, he had to finally reveal himself. He had hoped they would guess it was him, but time had run out once Yehudah was about to declare war on Yosef and Egypt at the beginning of Parashas Vayigash.

This is what Yosef told them:

But now do not be sad, and let it not trouble you that you sold me here, for it was to preserve life that God sent me before you. (Bereishis 45:5)

Yosef told them that the cover story may have been how they sold their brother into slavery, but the story behind the story was that God had them sell him into slavery. It had been part of a greater plan to move the entire family down to Egypt for a while. The sale of their brother had just been the means to set everything in motion.

Had the brothers paid better attention to the hand of God in all that happened, they could have realized that the viceroy playing with them was in fact their brother pushing them towards teshuvah. As Yehudah, at his wits end, told the Egyptian leader before him:

If only Yehudah had listened to his own words, he might have solved the puzzle in time. Then Egypt would have only been the sojourn it was meant to be, and not the terrible oppression it actually became.

EACH PRAYER service ends with the prayer “Aleynu.” It is a great summary of the ultimate aspirations of not just the Jewish people, but of all mankind. In the second paragraph, it says:

…And for all living flesh to call Your Name, and for all the wicked of the Earth to turn to You. May all the world’s inhabitants recognize and know that to You every knee must bend, and every tongue must swear loyalty.

What will change between now and then to make that happen? The Talmud answers that question:

Rav Alexandri on concluding his prayer used to add the following: “Master of the Universe! You know full well that it is our will is to perform Your will! What stops us? The ‘yeast in the dough’ (i.e., the yetzer hara) and the subjection to foreign powers.” (Brochos 17a)

The yetzer hara, a person’s evil inclination, is the internal enemy whereas foreign powers are the external ones. But the truth is, it is the subjugation to the former that leads to the oppression of the latter. When the Jewish people follow their yetzer hara, then anti-Semi-tism will not be far behind.

And when it does rear its ugly head, it is usually measure-for-measure, because that is the way God likes to work. So if the reason for Egyptian slavery was Pharaoh’s lack of recognition of Yosef, then it had to have been in response to Yosef’s brother’s lack of recognition of him first. The latter came to rectify the problem of the former. God says, “If you could not come to see My hand in all that occurs through the sale of Yosef, then you will come to see it through exile and redemption.”

That is indeed what happened. When the plagues began, Pharaoh asked, “Who is Hashem?” By the time they ended, he had the answer to his own question, and so did the Jews who survived until then. But, the Midrash says, that was only one-fifth of the Jewish people born in Egypt. Four-fifths (12,000,000) having died in the Plague of Darkness for not sharing that vision, for not having recognized “Yosef.” And Rava said:

It will occur similarly in the Messianic Era. (Sanhedrin 111a)

A chilling thought, especially as Covid-19 continues to distract people away from the hand of God.

THIS WEEK’S Haftarah is a composition of two sections from Yeshayah, 27:6-28:13 and 29:22-23. In the parsha, the Jewish people were enslaved in Egypt and suffered greatly at the hands of Egyptian taskmasters. Similarly, in the Haftarah, the people in the Kingdom of Israel suffered terribly, except that it had been brought on by their own lack of faith in God, and the corruption and greed of their leaders.

Today, without prophets, you have to have faith to believe in God, and to avoid the temptation to be corrupt. But when prophets lived they were proof that God existed and that He paid attention to what we did. How could people not be fearful of the repercussions of turning a blind eye to a truth that everyone should have been able to see?

Same answer as before: they chose it. They chose a comfortable life over a meaningful one. They chose a physically satisfying life over a spiritually fulfilling one. They chose a superficial perception of life over a deeper, more profound one. This was their bias, and once they had it, it colored everything they saw. In the end, their belief in the “natural” world overpowered their faith in a Godly one.

It takes a truthful person to hear words of truth and not distort facts. In the prophet Yeshayah’s time, the pursuit of monetary profits led to their rejection of Godly prophets, and of course, their eventual exile and destruction. Redemption in essence is the regaining of the vision that allows a person to see the hand of God in absolutely everything.

Thus, just as the brothers were supposed to get to the point where they could say, “You are Yosef,” we have to say, “You are God!” to all that happens in our lives. That’s easy when the Divine Providence is obvious, but a much greater challenge when God remains “disguised” by the events of the day and the people who seem to make them happen.