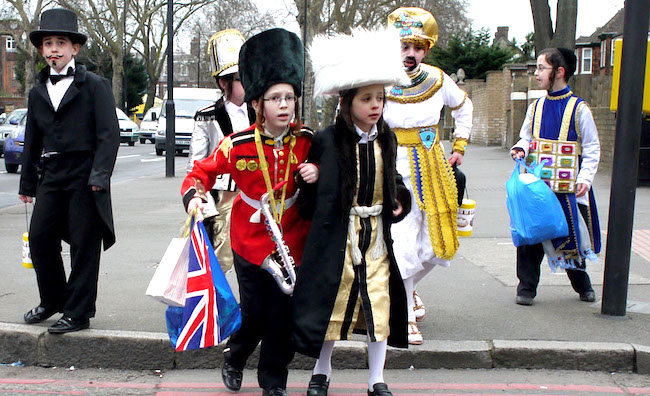 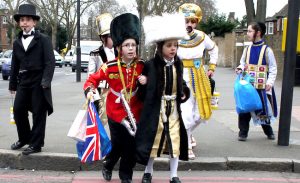 MOST OF the Jewish world will celebrate Purim on Erev Shabbos, the 14th of Adar. Shabbos itself however will be Purim for Jews living in cities that were walled back at the time of Yehoshua bin Nun. They won’t celebrate Purim on Shabbos only because the rabbis didn’t want people carrying their Megillas Esther on Shabbos in places lacking an eiruv.

So, instead, the people of Jerusalem will read the Megillah at the same time everyone else does, on Thursday night and Friday morning. They will also give their Matanos L’Evyonim on Friday, because as the Talmud says, it is connected to the reading of the Megillah. But that is all the Purim they will celebrate before Shabbos, on which they will add “Al HaNissim” in their bentching since it is technically Purim for them.

On Sunday, they will finally have their “Mishteh,” before which they will have to fulfill their obligation of Mishloach Manos. They will not say “Al HaNissim” however in their prayers or bentching because it will already be the 16th of Adar, and no longer Purim. Hence the name “Purim Meshulash,” which basically means “Purim in three parts.”

So, for all intents-and-purposes, Shabbos is normal. In Jerusalem, they will read “And Amalek came” for Maftir, and the Haftarah of Parashas Zachor again. But non-walled cities will actually get to read the regular Haftarah of Tetzaveh, which only happens every couple of years.

Nevertheless, there is a connection to Purim in the parsha as well. A central part of the parsha deals with the clothing of the Kohen Gadol, and that shows up here in the story of Purim as well:

“When he showed the riches of his glorious— kevod—kingdom and the honor of his majestic—tifferes—greatness” (Esther 1:4).

Was Achashveros just being a despotic boor by taunting a downtrodden people whose loyalty he needed? Or was something else more profound going on, and tied to this week’s parsha, that even he didn’t realize or understand?

CLOTHES MAKE the man, or so the expression goes. But when it comes to the bigdei kehunah, it was a lot more than that. The clothing itself was part of the service of the Kohen Gadol, part of the process of interceding on behalf of Klal Yisroel, as the Talmud explains:

But that was only while a worthy Kohen Gadol wore them. The clothing itself was ineffective if worn by an unworthy kohen, and how much more so by a boorish gentile king.

But then again, was this not the message that the king was in fact sending to his Jewish constituents? “Eat, drink, and be merry!” Achashveros insisted, “since you’ve lost your special status, and can no longer atone for your sins, like the rest of us! So blend in and become part of the Persian family!”

Avraham then said before Him: “Master of the Universe! How will I know this?”

With this, God intimated to Avraham that even if his descendants will sin, they will be able to achieve atonement through sacrificing offerings.

Avraham said before Him: “Master of the Universe! This works out well when the Temple is standing, and offerings can be brought to achieve atonement. But when the Temple will no longer be standing, what will become of them?”

God answered him: “I have already established for them the order of offerings. Whenever they read those portions, I will deem it as if they sacrificed an offering before Me, and I will pardon them for all of their iniquities.” (Megil-lah 31b)

It was God’s failsafe plan for the Jewish people, effective anywhere in the world and in every generation. It’s the reason why we’re still here, and Achashveros is not. The Torah wasn’t kidding when it referred to the entire Jewish people as “a nation of kohanim.”

PERHAPS THIS is the most important message of the story of Purim, and the clothing of the Kohen Gadol. It was also what drove Mordechai to put everything on the line, and take the incredible chances he did to spark the redemption.

It is the lack of understanding of this message that is responsible for the general spiritual malaise of the Jewish people today, and why so few people are driven today to do what Mordechai did back then. It doesn’t matter that it was a different period of history, and that prophets still remained then and not today.

He’s the same God He has always been, running His world by the same Torah He always has, and we are the same people He chose back at the beginning, over three millennia ago. Not as much has changed as we think it has, just how distant our minds have become from our hearts.

If our hearts were closer to our minds, then we’d feel how God is right there, despite the hester panim. We’d believe that, though our world seems to have drifted so far away from a Torah one, that God took this into account when He first gave Torah to the Jewish people. Just as the mitzvos are as relevant today as ever, so is the Torah’s narrative, of which we also are a part.

And not only is our period of history, with all of its modern insanities, part of the Torah narrative for redemption, it is the end of it. The redemption it predicted millennia ago is in our time. When the prophets, thousands of years ago, made predictions about the End-of-Days, they saw us. The only question they may have had was how many of us will see Him…Him behind the politics, Him behind the crises, and Him behind the successes and “natural” miracles.

Wherever the Jewish people go, God goes with them. Whenever they are ready to do teshuva, He is ready to receive it. Whenever we need to atone, the means always exist. We just have to recall this, believe it, and then take advantage of it.

ONE OF the most heart-wrenching pictures I ever saw was of a curtain of shul Aron HaKodesh over the door of a gas chamber. It was the Nazi’s way of mocking the Jewish people one last time as they passed under it on their way to certain death.

Was this a cruel joke by God, or His way of telling His people that their deaths were to Him like a Sefer Torah being returned to its Aron HaKodesh? Did God use the Nazi’s obsessive desire to degrade Jews to express His “obsessive” love of His people, and the eternal reward He had prepared for them? Unquestionably the latter.

Similarly, when the very unholy Achashveros donned the very holy vestments of the Kohen Gadol, he had his own message in mind. But THE King just took advantage of that to send His own message to the Jewish people: You may not see Me, but I am here with you. You may not believe in Me, but I still believe in you. When you’re ready to come home, I will be waiting for you.

Perhaps this is another reason for the absence of Moshe’s name in this week’s parsha. In fact, Moshe Rabbeinu probably had no problem writing himself out of it, because it put the entire spotlight on God and His relationship with His people…without any intermediary. On the surface of it, Parashas Tetzaveh and Purim may seem worlds apart. But below that surface, they teach and encourage the very same message about God and His people.