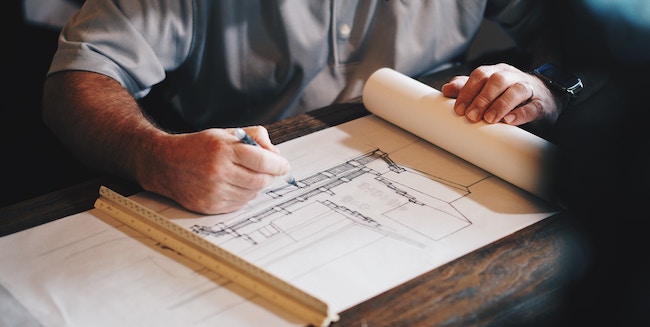 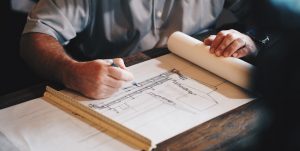 In this week’s Parashah, Yitzchak plans to bless his son Esav. Many commentaries ask why Yitzchak wanted to do that; surely, he knew that Yaakov was his righteous child and Esav was wicked!

R’ Yaakov Kranz z”l (1741-1804; the Dubno Maggid) explains with a parable: A rich man had two sons, one virtuous and one wicked. The man owned a large plot of land that was a fitting site for a grand estate. Before his death, he gave this land to the wicked son, along with a large sum of money. The virtuous son was shocked. He wondered, “How did my wicked brother find such favor in our father’s eyes, while I received nothing?” Meanwhile, the wicked son built a large mansion on the land. Shortly afterwards, however, he died prematurely, leaving everything he had built to his virtuous brother.

The virtuous son now saw things differently. “What would I have built had our father given me what he gave my brother? I would have contented myself with a simple house, enough to satisfy my basic needs, and no more. Now I see that my father did me a big favor, for I will enjoy what my brother prepared with no effort at all on my part.”

Similarly, concludes the Dubno Maggid, Hashem wants the virtuous to enjoy the benefits of this world, but He does not want them to waste their time pursuing worldly pleasures. Therefore, ordinarily, He causes the wicked to build the world; then, when He is ready, He transfers what the wicked built to the virtuous.

This was Yitzchak’s intention, as well, and it is the reason he wanted to bless Esav, not Yaakov. In this case, however, Hashem did want Yaakov to receive the blessings of this world directly. Therefore, He engineered the events described in our Parashah by which Yaakov obtained the blessings. (Kol Rinah V’yeshuah; Voice of Rejoicing and Salvation p.153)

The word “Tam” literally means perfect or complete. R’ Yechezkel Sarna z”l (1890–1969; Rosh Yeshiva of the Chevron Yeshiva) observes that there is a Mitzvah (Devarim 18:13), “Be Tamim!” R’ Sarna explains:

One might brush-aside his own inadvertent sins, saying, “It was an accident. I didn’t mean it, so how much can it count?” However, just as one who breaks his wrist by accident is no longer perfect in a physical sense, so one who sins, even inadvertently, is no longer perfect in a spiritual sense. The Mitzvah to be Tamim instructs us that it is a blemish on one’s soul if he lets his spiritual guard down even to a limited extent. (Daliot Yechezkel Vol. II, p. 24)

The Vilna Gaon (see back page) observes that Hebrew has two words for “Perhaps”: “Uly,” which is used in our verse, and “Pen” (“פן”). The difference between them is as follows: When one hopes the outcome being mentioned will occur, he says “Uly.” For example, Eliezer, Avraham’s servant who was tasked (in last week’s Parashah) with finding a wife for Yitzchak from among Avraham’s relatives in Charan, said (Bereishit 24:5), “Uly / Perhaps (‘if only’) the woman will not wish to follow me . . .” Because he said “Uly,” our Sages understand that Eliezer hoped his mission would fail and Yitzchak would have no choice but to marry his (Eliezer’s) daughter. On the other hand, when one hopes the outcome being mentioned will not occur, he says “Pen”; for example (Devarim 29:17), “Pen / Perhaps (‘lest’) there is among you a man or woman, or a family or tribe, whose heart turns away today from being with Hashem, our Elokim, to go and serve the gods of those nations.” [The Vilna Gaon provides many other examples that fit each side of the above pattern.]

In light of the above distinction, however, our verse is difficult to understand. Why would Yaakov use “Uly” (“if only”) about the possibility of being caught impersonating Esav? R’ Yitzchak Dov (Seligman Baer) Bamberger z”l (1807-1878; rabbi of Wurzburg, Germany) explains: Yaakov is identified by our Sages as a man of impeccable honesty. Though he was forced to deceive people several times in his life, including his father Yitzchak in our Parashah, he hated every moment of that experience, so much so that he hoped his father would discover his deception. Therefore, “Uly” is the proper word to use in our verse. (Kol Eliyahu: Parashat Chayei Sarah)

The Gemara (Gittin 57b) interprets this verse: “As long as the voice of Yaakov’s descendants is heard studying Torah in the Batei Midrash, the hands will not be the hands of Esav,” i.e., Esav’s descendants–the Roman Empire, which destroyed the Bet Hamikdash–will not have power over the Jewish People. [Until here from the Gemara]

Many ask: In the quoted verse, Yaakov’s voice and Esav’s hands exist at the same time, not as alternatives. How then can the Gemara interpret them as alternatives?

The Vilna Gaon (see back page) is quoted as explaining that the Gemara is reading the verse as follows: “The voice is Yaakov’s voice, but the hands [of Yaakov] are Esav’s hands.” When the voice of Yaakov’s descendants is heard studying Torah in the Batei Midrash, then military might, which otherwise would be Esav’s, will be Yaakov’s instead. In this way, both halves of the verse will be fulfilled simultaneously. (Divrei Eliyahu)

R’ Yisrael of Shklov z”l (1770-1839) was a student of R’ Eliyahu z”l (1720-1797; the Vilna Gaon) at the end of the latter’s life. R’ Yisrael was one of the leaders of the Aliyah to Eretz Yisrael by students of the Gaon and their families. R’ Yisrael wrote several Torah works of his own, including Pe’at Ha’shulchan on the Halachot specific to Eretz Yisrael.

In the following excerpt from R’ Yisrael’s introduction to the latter work, he discusses the fact that the Gaon frequently resolved difficulties in understanding Talmudic-era texts by proposing alternative “Girsa’ot” / changes to the wording.

I feel obligated to explain about his emendations and Girsa’ot, for I wondered about his practice when I saw how Rabbeinu Tam z”l [France; 1100-1171; considered the greatest of the Ba’alei Tosafot] chastised his brother Rashbam z”l [R’ Shmuel ben Meir; 1085-1158] for the latter’s many emendations and new Girsa’ot. Rabbeinu Tam wrote: “Many people emend texts, but you are worse than all of them. They, at least, allow the reader to see what they changed, whereas you change the text without leaving a trace of what used to be there. Also, they change a word or two, while you change as many as 22 words.” [R’ Yisrael of Shklov continues:] Perhaps you will say that the Gaon was not aware of what Rabbeinu Tam wrote. However, the Gaon himself writes in his commentary to the Shulchan Aruch (Yoreh Deah 279:2) that one should not change texts, and he quotes Ramban z”l [R’ Moshe ben Nachman; 1194-1270], who wrote that changing texts based on one’s own logic is a sin. If so, why did the Gaon himself frequently alter the text of the Talmud Yerushalmi and the Tosefta [a companion work to the Mishnah]?

[R’ Yisrael explains:] It appears to me that Rabbeinu Tam and Ramban were referring only to (not) emending the text of the Talmud Bavli. From the day that work was completed [in 475 C.E.], the Sages of each generation reviewed it again and again and transmitted it with precision from teacher to student, [which was necessary] because we take our Halachic rulings from it whenever it disagrees with the Yerushalmi. . . In contrast, the Talmud Yerushalmi is 100 years older–and the Tosefta, even older than that–and, since [generally] we do not derive Halachic rulings from them, the Sages did not study them as carefully and did not transmit them from generation to generation with the same precision . . . Even the Rishonim / early commentaries [such as Ramban] made changes in the Yerushalmi and Tosefta.

Moreover, in the time of the Rishonim and Ba’alei Tosafot, there was no printing press, and the Torah was transmitted from person to person [largely] by heart. Therefore, they would review 101 times, or at least 40 times, until they knew the Torah like it was in a container in their pockets. Thus, there were few errors [in the text in those days]. However, once the printing press was invented [in the mid-1400s] and all of our studies are from printed books, there are no longer people who dwell on the precise wording; therefore, we see that there are many errors. The printers themselves are unlearned, and they add whatever words they want to spell out the acronyms they find in the manuscripts. [Therefore, in the Vilna Gaon’s time, it was necessary to make more corrections, so he used his broad knowledge to restore texts.]