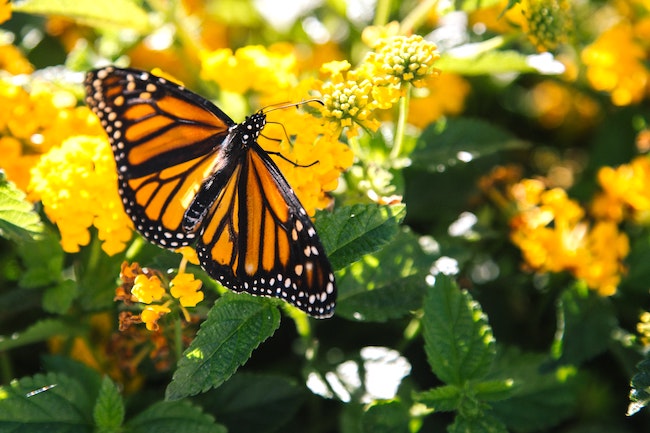 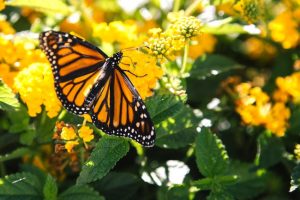 And as the Ramban points out in Parashas Lech-Lecha, “the events of the fathers are signs for the children.” In other words, what they went through we were destined to go through in some way or another throughout the history that followed. So, just as Ya’akov fled home in search of a higher identity, likewise the Jewish people have done so as well. When we finally come back home, as we have been doing for hundreds of years now, it won’t be as “Ya’akov,” but as “Yisroel.”

This is not my vort. It comes from the Malbim:

For thus said God: Sing, O Ya’akov, with gladness, exult on the peaks of the nations; announce, laud [God], and say, “O God, save Your people, the remnant of Yisroel!” Behold, I will bring them from the land of the North and gather them from the ends of the earth. Among them will be the blind and the lame, the pregnant and birthing together; a great congregation will return here. With weeping they will come and through supplications I will bring them; I will guide them on streams of water, on a direct path in which they will not stumble; for I have been a father to Israel, and Ephraim is My firstborn. (Yirmiyahu 31:6-8)

At the end of their exile the oppression will be removed from them, and they will be joyous because they will be at the peak of the nations. The gentiles will give them honor and they will be their leaders, instead of being disgraced and lowered amongst them as they were at first. “Ya’akov” will be the masses of the people, and the lesser amongst them. “Yisroel” are the great ones. The joyousness from being at the peak of the nations will be Ya’akov’s only, and not Yisroel’s, because they will want to return His Presence to Tzion. However, at that time they will announce and publicly proclaim, and praise God when they say, “O God, save Your [righteous] people, the remnant of Yisroel,” because they will want the true salvation of the ingathering of the exiles and return to Tzion. Then it will be like that, that God will return them: “Behold, I will bring them…” (Malbim)

Don’t get it wrong. Ya’akov was a great person to begin with, a tremendous talmid chacham and ba’al middos. Apparently though becoming Yisroel was a step up, at least. It built on whatever it was that Ya’akov achieved until he left home, and added so much more, and it is something that we are all supposed to be aiming for as well, each on his or her personal level.

The funny thing is, if you can call it funny, is that this  is also something that is barely noticed and rarely appreciated. It is especially not funny if you consider that this is the reason we are still stumbling through exile, thousands of years later, as the Malbim alludes. Being at the peak of nations is nice and has played its role in the redemption process, but it is not the endgame.

There is another thing about Ya’akov we cannot forget. He was named this because he came out into this world holding onto the heel of Eisav. It is interesting how both brothers got their names based upon how they were at birth. Eisav came out already made—asui—so he was called “Eisav.” Ya’akov was named for the heel he held onto as he emerged into this world. I didn’t even know babies could do that.

Then Eisav gets an additional name later on in last week’s parsha. Because he gave up his birthright for a pottage of red lentils, he is called “Edom.” Ya’akov doesn’t get his new name “Yisroel” until much later, after he fought with the angel of Eisav and survived the episode of Dinah in Shechem. He is first called it by the angel before meeting Eisav, but it is not confirmed by God until after the events of Shechem.

Clearly the way of Eisav is materialism at the cost of spirituality, when necessary. Clearly the way of Ya’akov is spirituality at the cost of materialism, when necessary. But is this anything really new? Was this not the difference of agreement between the people of Noach’s time, and Noach? Is this not the ongoing argument between religious people and secular people even today? We’re all in this world together which is so obviously materialistic, struggling to grasp at something invisible called spirituality.

Some get it. Most have not. Even among the religious there is a struggle, especially today when there is so MUCH materialism, and it is SO accessible. Never before has it become so easy to have your material cake and eat it too. People justify excess materialism in the NAME of spirituality by infusing it with some aspect of mitzvah.

Some people, when asked why they have acted so extreme have answered, “Because I can.” But when has having the means to indulge in the material world been a reason to do it, at least according to the Torah? When has accessibility been an excuse to access it? For an Eisav, perhaps. For a Ya’akov, maybe. But for a Yisroel?

There IS a line. It separates between reason and rationalization. It stands between justified and justification. And it can be the difference between one size of portion in Olam HaBa, and a lesser one, or worse, more time in Gihennom. It takes a truly self-honest person to look for it and then live by it.

It’s like the Corona virus. After about eight months of it, the world is now divided between those who take it seriously and those who do not. It is understandable why there are those who take the virus seriously and follow the rules, no matter how inconvenient. They believe the health officials, or, at least, not knowing who to believe, they have decided to err to the side of caution.

Those who do not take it seriously more than likely are not afraid of it. They have not been affected by it, at least not seriously. They may know those who have gotten it, but who also had a mild case and then recovered. They either do not know  or have not heard about people with after effects. In short, the scary effects of the virus as touted by the media have not impacted their “camp,” making it seem to them like the whole thing is just hype, especially if they have watched one of the many conspiracy theory movies out there today.

I wonder how many people once belonged to category 2, and only moved to the first category after Corona finally infected someone they knew who suffered, or perhaps even died. Most problems seem so distant when outside our circles of life, until they enter them. Then, all of a sudden, we wonder why we were so flippant before.

That’s Eisav, alright. We saw that last week. When it came to selling the birthright for some food, he had no problem. Fifty years later, when the reality caught up to him because he lost the blessings that went with it, he regretted everything. He kicked, he screamed, and he even cried, but he could not undo what he had so carelessly done 50 years earlier. So instead, he turned to revenge, blaming Ya’akov for his own lack of foresight.

This is what it meant in last week’s parsha that Eisav despised the birthright. There was no real material benefit for it in this world. The Midrash comment that when he said, “Who needs the birthright?” a Bas Kol went out and answered, “Who needs the World-to-Come?” Essentially, that is what Eisav surrendered when he sold his right of the firstborn.

Ultimately, this is the journey of a Yisroel. A Ya’akov can hold onto the heel of Eisav, and copy his lifestyle, clearly. A Yisroel is on a journey that goes beyond this world, into the next one. Yes, the Torah promises all kinds of material success for fulfilling the mitzvos. But Chas v’Shalom it should be the reward for any mitzvos we have done! It is just divine help so we can continue to do more mitzvos and earn reward where it counts for more and is eternal, in the World-to-Come.

It’s a sacrifice for sure. The question is, how much of one? That is the one question a person has to answer for themself. As we see, God leaves room for the individual to decide for themself. He doesn’t necessarily agree with our decision as we seek our cake and eat it too. It’s just His way of saying:

“Okay, that’s your choice? So be it. But don’t come back later and say, ‘If I knew that I was giving up so much of the World-to-Come, I wouldn’t have indulged so much in the world we came from.’ You could have checked it out while still alive, but you didn’t. You could have thought it through better, but you didn’t.”

Let’s face it, now more than ever, many Jews ignore the topic of living in Eretz Yisroel for material reasons. Even if there is a good halachic basis to remain based in the Diaspora, your heart has to be in Eretz Yisroel—always. Ya’akov’s was, all the 36 years he was away from home. That’s why it is called “Eretz Yisroel.” It’s HIS land. And as the Malbim explains, it’s the land of every Jew who bears Ya’akov’s namesake “Yisroel.” After that, it is up to the individual to decide what they want to be, only a Ya’akov or a full-fledged Yisroel.