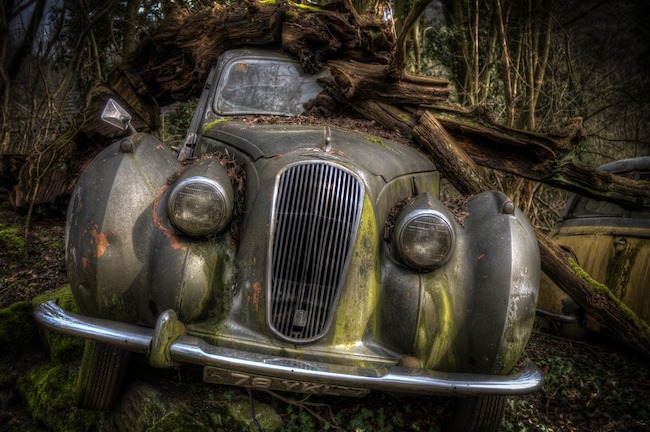 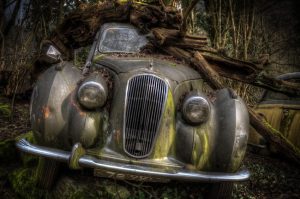 And it came to pass after these things, that God tested Avraham… (Bereishis 22:1)

PROBABLY THE VAST majority of people who have made history did not know they were doing it at the time. First of all, they may not have lived long enough to see the impact of their actions. Secondly, they may not have meant to have any historic impact. History can be picky about who it wishes to immortalize, and who not.

Then there is the issue of how a person might be remembered. They may have wanted to be admired by future generations, but instead are despised. And sometimes today’s “heroes” are tomorrow’s “enemies,” as we are witnessing in the United States. Statues and monuments meant to immortalize great people of the past have been torn down by a generation that apparently feels different about their “accomplishments.” A generation may follow that will put them right back up again. It’s happened before.

It’s interesting that one of the three things that God promised Avraham Avinu at the beginning of last week’s parsha was fame. The other two were progeny and money. One would think that of the three, only the promise of children would have talked to him. Did Avraham really care about either fame or money? He must have, because God doesn’t misread people.

Someone once told me that when he saw he was developing a name for himself and followers, he was torn. On one hand, he knew that being well known and liked was important for his success, being a teacher. But he also feared the negative impact fame might have on him, as he saw it have on others like him.

His solution? He asked God, “Since You can do ANYTHING, allow me to be successful without becoming famous.” As he explained it to me, he wanted to have the same impact he might as a person famous for what he was doing, but without any of the side effects of being famous. It seemed like a tall order to me, like asking for it to rain while on your way home without getting wet as it does.

Did it work? “Too well,” he told me, smiling wryly. “I forgot to stipulate that I should still make the same money that a famous person does. Oh well,” he added, “I still prefer it this way, because I just get more reward in the World-to-Come instead of more arrogant in this world!” Then he asked to borrow some money. Just kidding.

The truth is, there is precedent for what he wished. The rabbis have taught that honor goes to the person who flees from it. It is something to be given by others, but not something a person should seek to receive. We all know what happens when people seek honor. They end up doing something that makes them famous alright, but in the opposite way they intended. It is better to die a nobody than be notorious for a terrible thing.

The trouble is that so many people get caught up in the moment. Something happens that compels them to act in one way or another that would not have been their ideal choice had they had the presence of mind to think clearly about what they were deciding to do. Sometimes they can reverse things later on and get out, but sometimes it leads to a series of events and decisions that just dig a deeper hole.

I have never forgotten an article I read about a person who stole $250,000 from his company. He was their bookkeeper, and in a moment of pressure and weakness, he “borrowed” a small amount to cover some bills he couldn’t pay.

The idea was to pay back the “debt” the following paycheck, but that didn’t happen. Instead, he had to borrow more, and then more, and then more, until the total became a quarter of a million dollars. He had always looked at it as a debt to be repaid one day, but that was becoming less likely with each “loan” he took…until he got caught.

No one had really paid much attention to him, being only the bookkeeper. You can be sure that once they found out what he had done, and for how much, he became “famous,” at work, at home, and in his community. As terrible as it was to have to go to jail, he said he was relieved to have been caught and stopped. Apparently, he had been unable to stop himself, as if he had become addicted.

You have to be careful. We walk around with attitudes that can get us in trouble one day. Or drive with them. Yesterday I watched a man drive the wrong way down a one-way street because he was too lazy—in a car—to go around the block to park where he did. Within minutes, a woman did the same thing, except she backed the wrong way down the street, to at least make it look as if she had gone the right way.

Then I went into a store and stood in line to pay for something like everyone else. In the meantime, another person decided he would have none of that and pushed the money he had to pay into the hand of the person behind the counter. It was the exact change, and he felt that gave him the right to butt in line ahead of everyone else.

And yet, if you were to ask each of these people if they considered themselves to be honest, they would probably answer yes. And they would believe it. A lot of people who cheat don’t consider themselves cheaters, unless you confront them. Even then, some defend their actions to a ridiculous extent.

Masks are another good example today. Do they work against the threat of Covid-19? It’s controversial. Some say yes, some say no, and some just say it is wise to err on the side of caution. The law in Israel says you have to wear them anyhow, and the mitzvah of “love your neighbor as yourself,” certainly says wear them if not wearing them might endanger others. It doesn’t have to be for sure that it will. “Might” is good enough.

Nevertheless, for one reason or another, people walk around without wearing their masks (they hold them or keep them on their chins only) in places they are really supposed to wear them. And when you pass them while you are wearing your mask, they tend to avoid eye contact, as if to say, “Ya, I should probably be wearing mine to, but…”

What people don’t think about is how all of this looks from God’s point of view. To us, it may seem like a simple decision that may at worst offend someone, or lead to a fine. Or at least that is the way it seemed before catching Corona or giving it to someone else, who may have been hospitalized in the end or even died as a result, God forbid.

But to God it is about what we care about, and how much. And every situation that we find ourselves in may be a test to reveal that, for better or for worst. When Dovid HaMelech said that his sin was always before him, he meant that he always questioned how his actions might appear before God, not just before him. It’s the only way to avoid Chillul Hashem, the profanation of God’s Name which, tragically, there is a lot of today.

In fact, Yechezkel HaNavi warned that when God finally brings the Final Redemption, it won’t be because of our worthiness. On the contrary, it will be just to end the terrible Chillul Hashem at the time. “So what?” a person may ask. “As long as the redemption comes!” At the cost of terrible suffering when that is usually the reason for God to end an exile?

The Nefesh HaChaim says in the first section that a person should never downplay their importance to history and tikun. As Shmuel HaNavi told Shaul HaMelech, “You may be small in your own eyes, but you are the king of the 12 tribes of the Jewish people!” We may not be kings but, as the Nefesh HaChaim points out, we can have a far greater impact on history than we may think. We have to always keep that in mind.

God is always looking at our attitudes and judging them. If He decides that we have a good attitude, that we care enough about the right things, then He gives us opportunities to reveal that to the world. If He decides that we have the wrong attitude, that we care too much about the wrong things, then He will give us opportunities to discover that as well. Not only will people fail their tests, they probably won’t even know they were going through one, which is the greatest failure of all.

As a side point, if people are wondering why Israel all of a sudden finds itself in a position to do business with Arab nations that once wouldn’t even mention the name of our country, it may have to do with this week’s parsha. Just as Ya’akov Avinu returned to confront Eisav to finish the process of drawing holy sparks out of his brother, the descendants of Yitzchak may be doing the same from the descendants of Yishmael.

This process was cut short when Yishmael was sent away in this week’s parsha because he was dangerous to Yitzchak’s health. Every interaction between the Jewish people and another nation transfers sparks, either to or from the Jewish nation. Mitzvos cause the former and sins cause the latter. Making money while in exile, if done in a kosher way, is one of the main ways we bring sparks into the Jewish people,.

And as they say, “Be careful about the people you see on the way up because they are the same people you see on the way down,” albeit in reverse order. Historically, we experienced Yishmael first before Eisav. Therefore, on our “way back” it was Eisav we experienced first. So close to the end of history and exile, we are now experiencing Yishmael, to finish off the spark-collecting we couldn’t complete back at the beginning of our interaction.

Not only is the end near, but it is even in sight. We surely hope it ends well for all of us, God willing.