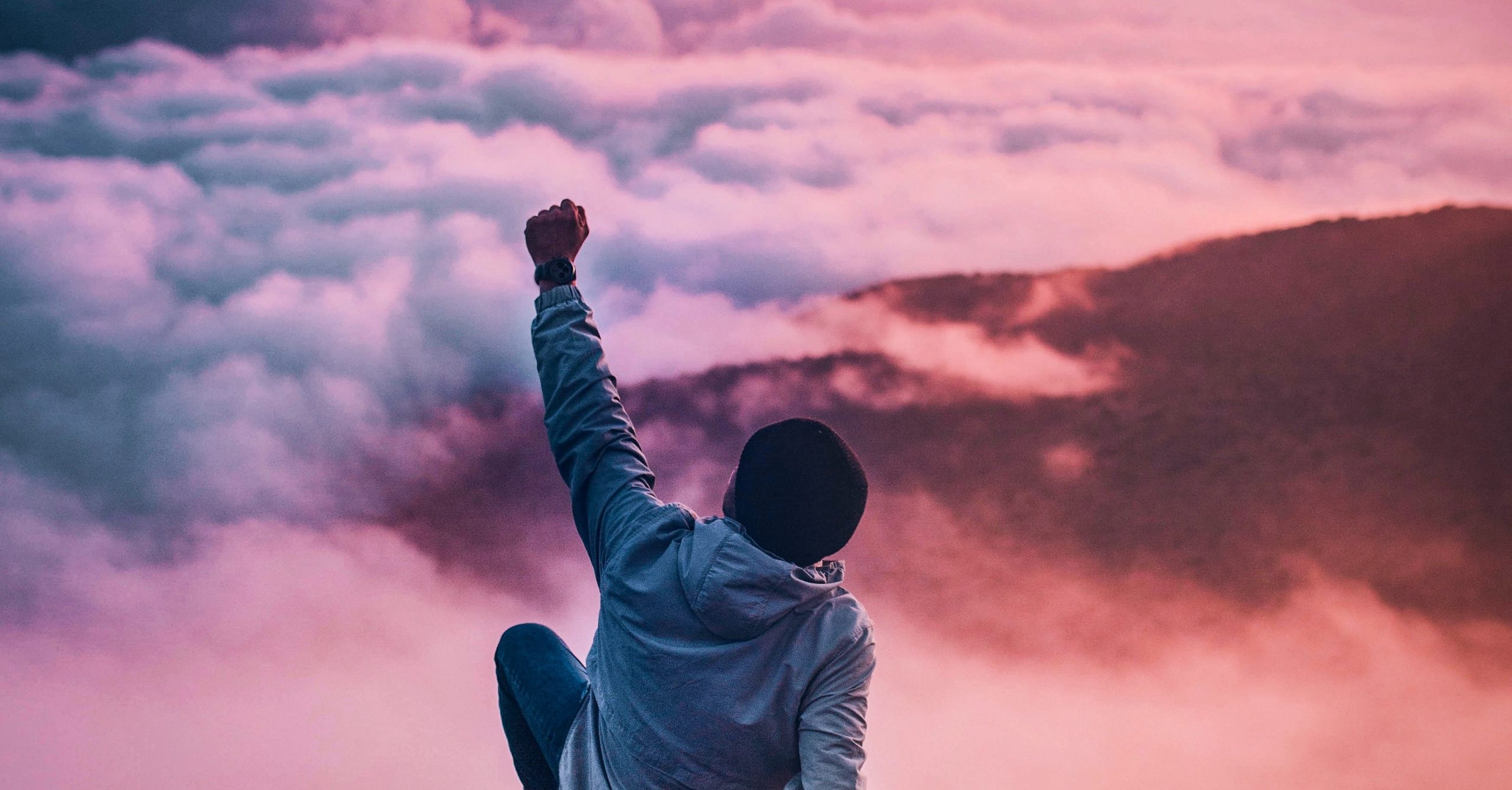 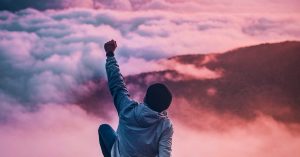 POWER, POWER, AND more power. There are almost eight billion people on this planet, yet the amount of people who crave power, go after power, and actually have the means to acquire a lot of it, is very, very small. You don’t even need to talk conspiracy. You just need to go into Yahoo Finance and, check out the top shareholders of the biggest and most influential companies in the world. You will see the same names show up each time. There are very few who control the lives of very many.

The question is, what comes first? The lust for power, or the power for lust? Are certain people power-driven, and they spend their lives finding ways to accumulate it? Or, were they just like the rest of us until they found themselves with the means to accumulate increasingly greater amounts of power?

When it comes to Korach, the Gemora answers that question:

“Riches kept by his owner to his hurt” (Koheles 5:12). Rebi Shimon ben Lakish said: “This was the wealth of Korach, as it says: ‘and all the sustenance that was at their feet’ (Devarim 11:6).” Rebi Elazar said: “This refers to a person’s money that stands him upon his feet.” (Pesachim 118a)

On the other hand, Kabbalah seems to indicate that Korach was born with his instinct for power:

So it seems that Korach was already a megalomaniac from the start. He may not have been destined for power, but he was destined to go after it. Believing he was meant to be powerful one day, he looked at everything in life that way, including his wealth. He may have worked with others, but only inasmuch as they worked for him to his end.

Which is a dispute that is not for the sake of Heaven? The dispute of Korach and all his company. (Pirkei Avos 5:17)

Who did Korach fight against? It didn’t really matter, since it was as if the opposing side wasn’t there for Korach, who was more interested in winning than the truth.

AS MENTIONED IN the past, there are basically two types of soul, Kayin and Hevel. Kayin’s soul came from the side of Gevurah, a light that is best described as the opposite of Chesed. Chesed is warm and fuzzy, like Hevel and Ya’akov, and Gevurah is cold and exacting, like Kayin and Eisav.

Gevurah doesn’t have to result in evil, as Yitzchak Avinu proved. On the contrary, some of the greatest tzaddikim in history have come from the side of Gevuros. But so have the greatest reshayim—evil people. Someone with a Gevurah-based soul has to work hard to be good. If they do, they can end up being greater than most others.

Take Elisha ben Abuya, for example, otherwise known as Acher—the Other. According to the Gemora, he was one of Rebi Akiva’s colleagues, and one of four rabbis to join Rebi Akiva on his spiritual expedition into Pardes (Chagigah 14b).

Based upon the results, one might ask, why did Rebi Akiva even consider Acher worthy of joining him on so serious a mission? The Leshem explains that it was specifically because of Acher’s gevurah-nature that he chose him for the mission. Had Acher succeeded, the Leshem concludes, his tikun to the world would have been the greatest of the four of them.

Shimshon is another good example. He was from the tribe of Dan, which as the name indicates, was very connected to din—judgment, which is from the side of Gevuros. It was his gevuros that gave him the ability to save the Jewish people from the Philistines, and be their judge as well.

But it was also Shimshon’s gevurah that led him to Delilah, the Philistine woman who betrayed him and was his undoing. As the Mishnah says, he tended to go after his eyes, a very gevurah thing to do. Then he used his gevuros one more time while bound up in the Philistine temple, to pull down its pillars and crash the structure on those celebrating his demise.

Does this mean that Korach could have been a great man as well? Sort of. But he would have had to have worked very hard at it, because as the Arizal said, he didn’t just come from the side of Gevurah, but from the evil side of Kayin. That’s pretty evil. In fact, that is so bad that it is a wonder that Korach wasn’t worse, which may have been to his credit in the end.

If so, this may explain something in the parsha that seems somewhat out of place. After Moshe Rabbeinu confidently challenged Korach and his followers to an Incense showdown, he uncharacteristically turned to God to ask Him to not show Korach any favor. He even went so far as to “remind” God how altruistically he was:

Okay…but why was he bringing this up now? What was Moshe worried about? That God would choose Korach over him? If that was a concern, shouldn’t he have consulted with God first before making the challenge? If Moshe was that unsure about his decision or approach, shouldn’t he have at least verified it before going out on a limb? Seemingly.

ALMOST EVERY CULTURE has some saying about not judging another until you are in their shoes. You don’t have to be a Kabbalist to know that people are born with different natures, live very different lives, and have very different tests. Some people can’t stand the idea of biting their nails while others can’t keep their teeth off of them. Some of the differences might be a function of nurture, but they are definitely effected by nature.

The Midrash says that for the first 15 years, Ya’akov and Eisav weren’t so different from each other. That is hard to believe only because of how different they became from that point onward. But it takes a while for the true nature of a person to emerge, and not just emerge but remain. Eisav’s inherent nature was known from an early age, but it probably did not yet show up in everything he did.

But you see it all the time. At some stage teenagers gravitate to what makes them feel most comfortable about themselves, good or bad, and they develop the confidence to stick with it. If it is something they know is not so acceptable by their parents and teachers, they stop feeling the need to camouflage what they’re like. Being true to themselves and acting out in the open can seem like rebellion to everyone else but the people like them.

Moshe was the greatest prophet to have ever lived. When he killed the Egyptian back in Egypt, he knew that the Egyptian had part of Kayin’s unrectified soul in him. So he used a name of God to kill him, because that would rectify the soul spark. He probably even knew that he himself was the reincarnation of Hevel, and that his killing the Egyptian affected some kind of historic rectification for his original brother, Kayin.

Besides, being Moshe Rabbeinu, he thought in terms of the big picture. He knew everything that happened was a function of Providence, was historic, and had national ramifications, even if he could not see what they were at the moment. Ironically, if anyone could see Korach for who he really was, it was Moshe Rabbeinu, and that may have concerned him. Not because of how bad Korach was, but how good he may have been in God’s eyes, respectively. Therefore, Moshe focused on his own merits to counterbalance those Korach may have had.

SHEMA YISROEL HASHEM Elokeinu, Hashem Echad. This is the seed that you water and make grow into a glorious tree called Aitz HaChaim, the Tree of Life. Like Hillel the Elder used to say: “This is the whole Torah. The rest is commentary.”

The Shema has another name: Yichud Hashem, the Unification of God. God, of course, is always unified in the sublimest of ways. The problem is the minds of men, with which Amalek plays to de-unify God (Rashi, Shemos 17:16). He misconstrues knowledge to make it conflict with belief in God, or causes events that make people question God’s existence or involvement in history. Hence the gematria of suffek—doubt—and Amalek are equal.

The Shema is just a more complete way of saying Ain Od Milvado. Elokeinu refers to the hidden hand of God that eludes scientists and all those who can’t seem to see it, what people refer to as Nature. Hashem refers to the overt hand of God that no one is able to deny, like during the 10 plagues in Egypt and the splitting of the sea. The Shema says all of it is the same God.

But the gap between Nature and miracle is not huge. On the contrary, Nature is just consistent miracle, God willing the same thing to happen every day, or enough times to give us the impression that it is a built-in feature of Creation. Then we just get used to it and take it for granted, like a sunrise or sunset. We may acknowledge that they are beautiful, but we forget to acknowledge that they are also miraculous.

The Shema is kind of like the hypnotist who snaps his fingers to wake up his subject. It tells us to use our spiritual x-ray vision to see past the opaque surface of the world around us, and see God inside of it. It reminds us that believing is seeing, and if you really believe Ain Od Milvado, you will see that it is Ain Od Milvado. You don’t have to only have faith that God runs the world. You can actually see it, and that makes life exhilarating.